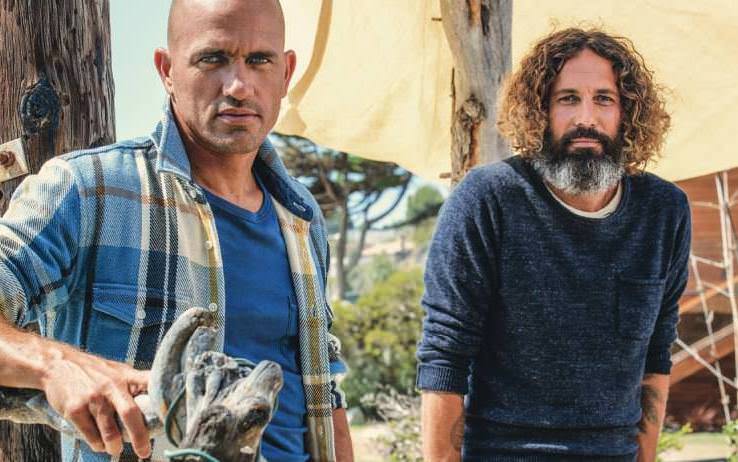 Are you surprised that technology lies at the heart of the trends we’re highlighting for the year ahead? Probably not. But that doesn’t mean we’ve become blasé about the endless stream of innovation transforming our work, homes, recreation and health. Rather, constantly evolving technology has become fully enmeshed in every aspect of our lives, to the point where we expect nothing— not the food we eat, the clothes we wear, the media we consume—to be like it was just a handful of years ago. Everywhere we go, we demand to be fully charged, fully hydrated and fully up to speed with what’s going on.

So, what’s the biggest change right now? We’re no longer just letting in new technology and seeing where it takes us; we’re shaping it in ways that allow us to take action. We don’t go out to eat—we make meals come to us. We don’t passively watch world events unfold—we experience them for ourselves. When we get hacked, we fight back. Even resistant-to-change farmers are taking control: No longer at the mercy of the natural elements, they’re harnessing big data to maximize crop yields and increase productivity.

What does this mean for entrepreneurs? Always ones to take their destinies into their own hands, they must get even more aggressive. Our choice of trends reflects that stance. New markets are ripe for the taking. Consumers are demanding ethical and sustainable behavior—and entrepreneurs have to give it to them. Leadership roles are morphing as business owners empower others to make decisions so they can focus on big-picture strategy. Financing is available from surprising new sources. Who will grab it?

Passive acceptance is so yesterday. Proactive is the new black. So seize the intriguing resources now available to you, and make 2016 the year you take action. —CAROLYN HORWITZ

FROM SHREDDING TO RECYCLING

A quarter-century in to a celebrated pro surfing career that has carried him to exotic locales across the globe, Kelly Slater is still stepping into uncharted waters. This past summer, the record-setting 11-time World Surf League champion realized a long-held aspiration to helm a designer surfwear startup with the launch of Outerknown, which joins a growing wave of apparel brands and retailers embracing sustainable philosophies. 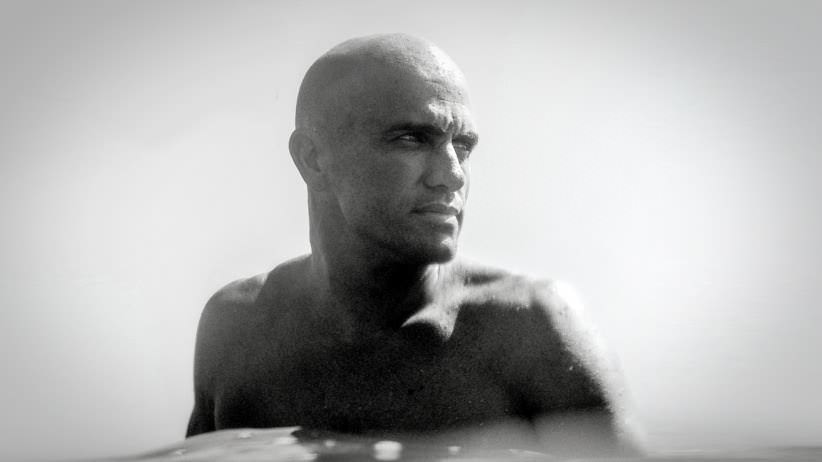 But Outerknown’s ethics are just as important as its aesthetics. The Los Angeles-based brand’s Evolution Series jackets and board shorts are produced from Econyl, a fiber manufactured from 100 percent regenerated nylon waste materials, including so-called “ghost nets”—lost or abandoned fishing nets that jeopardize dolphins, sea turtles and other marine life. After years of research, textile manufacturer Aquafil introduced Econyl in 2011, and the fiber is now integrated into a range of products from carpeting to Speedo swimwear.

Outerknown also is partnering with Swiss startup Bluesign Technologies, whose proprietary system evaluates and reduces resource consumption across the textile supply chain and helps manufacturers manage their use of chemicals, dyes and finishes.In addition, Outerknown gear is produced in adherence with the Fair Labor Association’s code of conduct.

“Being a pro athlete, it’s so much easier to have a sponsor, have their support, get paid and just do your job,” says Slater, 43. “But I wanted more involvement in the creative process and a deeper understanding of what goes into a company.”

Slater began formulating plans for an apparel line in his early 20s, but the idea gained momentum in 2012 when he teamed with design guru John Moore on VSTR, a collection of modern travel essentials marketed under the Quiksilver aegis. Moore now serves as Outerknown’s creative director.

“There are so many options for clothing in today’s market, but nothing that addresses that modern nomadic lifestyle that Kelly leads and we all aspire to,” says Moore, a lifelong surfer. “[Outerknown] is an opportunity to do things our way. We can build it sustainably, with a sense of style.”

Outerknown isn’t the only brand marrying style and sustainability. Nike, Adidas, Levi Strauss and Patagonia are all developing apparel from recycled materials, and retailers like The North Face, American Eagle Outfitters, Forever 21 and Skunkfunk have aligned with I:CO, a Swiss company that transforms used and unsold clothing into textiles for manufacturing apparel and industrial materials. Another I:CO retail partner, H&M,weathered controversy in 2010 after a Manhattan outlet was discovered destroying and discarding unsold clothing. The company responded by rolling out the Garment Collecting Initiative, awarding vouchers to customers for bringing unwanted clothing to H&M stores. Earlier this year, H&M unveiled Close the Loop, a denim line produced in part from recycled cotton gathered via the Garment Collecting Initiative.

An H&M spokesperson says the initiative has collected more than 17,000 tons of textiles globally since its launch in spring 2013. “This year our target is to increase the number of pieces made with at least 20 percent recycled fabric from collected garments by more than 300 percent compared to 2014,” the rep adds.

Look for other established brands to enter the recycled apparel segment in the years ahead, making it more difficult for fledgling labels like Outerknown to compete. But Slater says surfing has taught him how to keep his head above water.

“I’m used to having pressure put on me. I’m used to being in situations that test me,” he says. “I see everything in my life as cohesive, and affecting all the other things. I try to learn from all of it and bring that to the table.” —JASON ANKENY

Wireless intercom company Nucleus scored more than $1.6 million in seed investments this year, $100,000 of which came from Philadelphia’s $6 million StartUp PHL fund, which makes equity investments in local entrepreneurs. And Back to the Roots, a San Francisco-area sustainable-food company, raised $650,000 two years ago from Fund Good Jobs, a $2.53 million philanthropic venture fund focused on job creation.

Take corporate venture capital, which is on the rise. By year’s end, U.S. corporate VC groups will have outpaced the $12.31 billion in investments they made in 2014, according to VC data clearinghouse CB Insights.

“A typical party line is that you want very smart institutional investors from typical VC groups,” says Daniel Oliver, co-founder of Voxel8. “But on the strategic investment side, you can also get really great input.”

In fact, Autodesk partnered with Voxel8 to develop a design tool that helps people create devices for 3-D printing, and In-Q-Tel is interested in using the printers Voxel8 is developing.

“The existence of early-stage capital is missing in the ecosystem,” Sahay says. And with traditional venture funding not always available to young companies, it makes sense for entrepreneurs to consider the alternatives.

Of course, most hybrid venture funds come with their own set of caveats. The trick to accepting alternative VC is ensuring that your goals mesh with those of your investors. When Nucleus founder Jonathan Frankel accepted six figures from StartUp PHL, he agreed that his company would remain in Philadelphia for 18 months. Likewise, Back to the Roots had to upgrade its employee benefits package before Fund Good Jobs would consider leading a $2 million angel round. “They wouldn’t invest until we provided healthcare for the whole team,” says Back to the Roots co-founder Alejandro Velez, noting that his company had eight employees at the time.

Some alternative VCs have a more sophisticated understanding of the startup world than others and, as a result, can offer more useful advice and introductions. Consider StartUp PHL. By teaming up with traditional VC firm First Round Capital, the city of Philadelphia has substantially upped the mentorship ante for the entrepreneurs it funds.

For Frankel, the willingness of First Round Capital’s Josh Kopelman to weigh in with the occasional suggestion has been a bonus for Nucleus. “There are very few people who write you a check and then just disappear,” he says. “Either they’re checking in too frequently and offering bad advice or, like StartUp PHL, they’re available when necessary to lend an ear and a hand. People should just be careful to determine which type of investor they’re taking money from.”—MICHELLE GOODMAN

BE IT GIMMICK OR REAL SOLUTION, BIOHACKING IS BIG BUSINESS

If spiders have taught us anything, it’s how to build better thread.Above all else, this is the inspiration behind Bolt Threads, a fledgling company in Emeryville, Calif., that has leveraged technology to crack the mysteries of spider silk and replicate the recipe commercially. The company, which plans to spin its silk into sportswear and other forms of apparel, is aiming for a 2016 release of products that will harness proteins found in nature to create fibers and fabrics with both practical and revolutionary uses.

There are many ways entrepreneurs are leveraging science into success. Some call the thinking behind these types of businesses “biohacking” because of the way they reference biological processes in a bid to build better products. Others prefer the terms “synthetic biology” or “next-gen biotech.” All are colloquial catchalls for companies that hinge on work done in small, nonindustrial labs—or even those that use an offbeat scientific rationale to improve health.

Whatever you call it, the market for biology-driven businesses is gaining traction in a big way.

A 2014 report from Allied Market Research predicted that the global synthetic-biology market would grow to $38.7 billion by 2020. Anecdotal evidence also paints a rosy picture: Witness the rise of Bulletproof Coffee—that is, butter in your morning java—which has garnered international attention and support from celebrity investors such as Tim Ferriss. (Claims that the concoction can accelerate weight-loss and improve mental focus are unproved.) “Functional” beverage products such as alkaline and maple water are now available at Trader Joe’s and other mass-market stores. Again, these are often purported to have health benefits. Soylent, a meal-replacement drink, even touts itself as the end of food as we know it— and has notched more than $20 million in investment from the likes of Andreessen Horowitz.

In fact, the “synbio” industry is exploding with startups, venture money and ideas, according to Nancy Kelley, president and CEO of Nancy J Kelley + Associates, a New York City-based consulting firm. “It’s all about the democratization of science,” she says. “It’s a revolution just like what we saw years ago in the computer industry; anybody has the ability to use biology to do something interesting.”

One of the reasons for this meteoric growth: decreasing costs to entry. Nothing demonstrates this better than a look at the price of sequencing genomes. According to the journal Nature, in 2008 the cost of sequencing a person’s genome was about $10 million; today the expense hovers around $1,000, and that price is expected to continue to drop. This means people with big ideas don’t need to spend big money to turn a concept into a product. 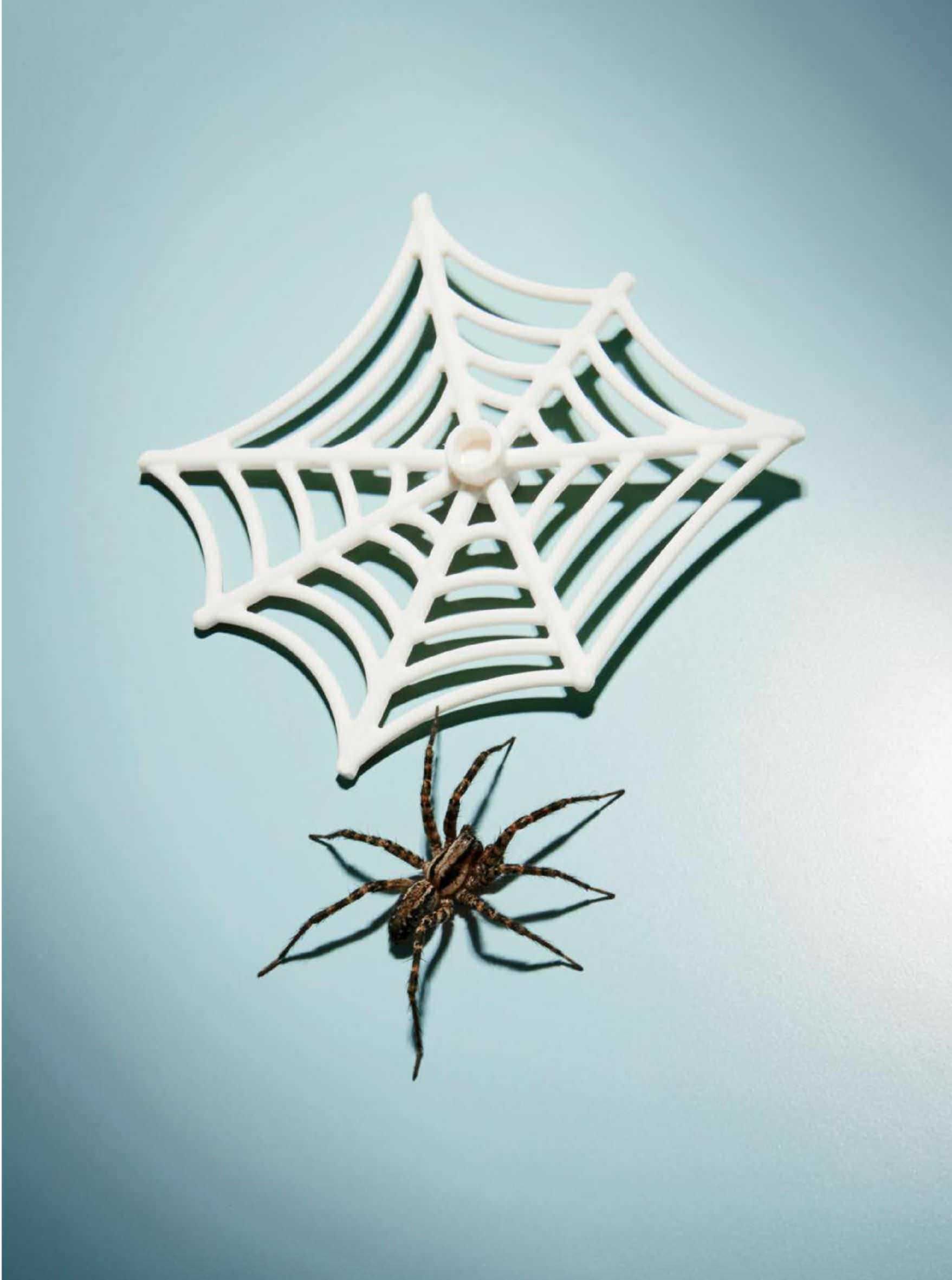