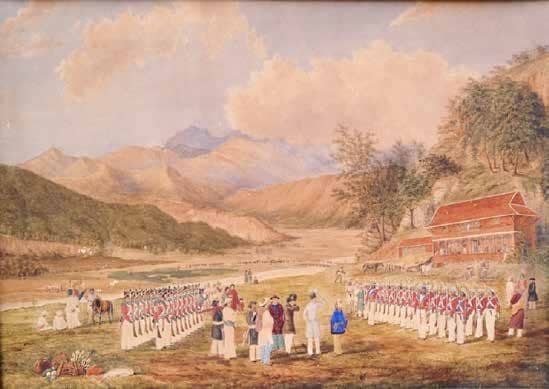 In Maoist Nepal, Some Foreign Powers May be Running Puppet Shows

We do not know if any third country is pulling its Kathmandu-string to make Nepal go against its old friend India but the current postures of the Prime Minister K.P. Sharma oli forces us to conclude, he indeed is alienating the Himalayan nation from New Delhi.

Since November, 2020, the Maoist Government of Nepal had been chanting anti-India rhetoric just for nothing.

Now Kathmandu has released a New Political Map of Nepal showing Kalapani, Lipulekh and Limpiyadhura as part of its sovereign territory.

The External Affairs Ministry of India said reacting to the New Revised Map of Nepal as an unilateral act and violation of border agreements as it “includes parts of Indian territory and also infringing India’s sovereignty and integrity.”

Indian Army Chief Manoj Mukund Naravane said Kathmandu is acting on “behest of someone” over the border issue as there was no plausible reason to suddenly issue a “Revised Map” by Nepal knowing fully-well, it would destabilize the mutual relationship of the two countries.

Now a question arises. Is Nepal trying to put into practice the grand Greater Nepal Plan once tried by King Prithvi Narayan Shah (1723–75) of the Shah Dynasty? This question becomes very pertinent as Nepal also claims a large part of land in Uttar Pradesh, Sikkim and North Bengal.

Let us have a look at it.

Ever since the Maoist Government came to power in Nepal, the Greater Nepal campaigns too had been on the rise. The Greater Nepal Nationalist Front staged several demonstrations demanding scrapping of the Sugauli Treaty of 1815.

After putting Kalapani, Lipulekh and Limpiyadhura as part of its sovereign territory in the New Revised Map of Nepal, the oli Government is also asserting to reclaim many parts of India. The map of Greater Nepal is about 60% larger than present-day Nepal’s map.

Here, seriousness of this border issue assumes a larger proportion.

TREATY IN QUESTION: Sugauli Treaty with Kingdom of Nepal and the East India Company

In the East: Sikkim and Jalpaiguri

In the West: Border goes up to Sutlej River