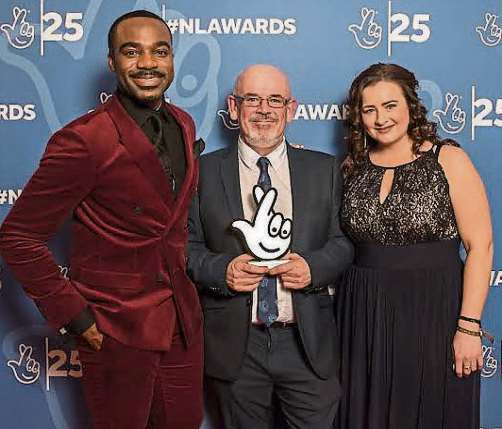 A Derry teen has picked up a Young Hero honour at the 25th Birthday National Lottery Awards at a prestigious event in London.

Megan Hart, who has a visual impairment, lived in a kinship care with her grandmother. But when her granny was diagnosed with terminal cancer she became her primary carer.

The cookery loving 16-year-old was surprised by Masterchef duo, John Torode and Gregg Wallace, at the Tuesday night's awards ceremony, who announced she was the winner of the inaugural Young Hero category.