'Tell us what you did to Kayden' 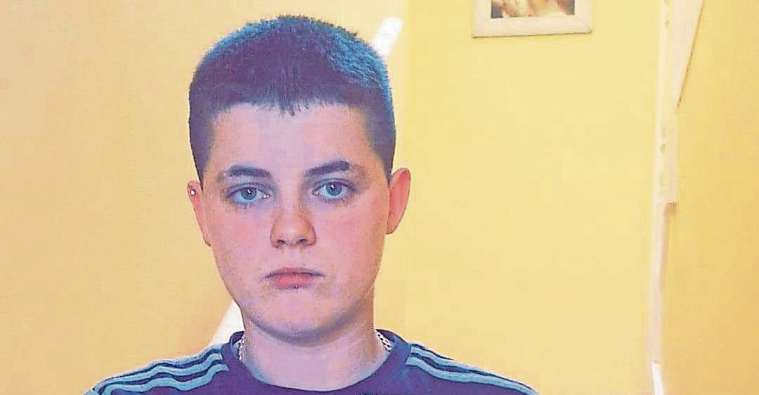 The heartbroken family of a three-year-old Derry boy cruelly killed by his mum's boyfriend have pleaded with the killer to reveal how the child died.

In a direct appeal to Liam Whoriskey, the toddler's aunt, Sarah McLaughlin, said: "Tell us what you did to Kayden? "

The 25-year-old waiter from Glenabbey Gardens was found guilty last week of the manslaughter of little Kayden McGuinness.

The child's battered body was found in his bed inside the Columbcille Courte flat in the Bogside he shared with mum, Erin, and baby sister on 17 September 2017.

Whoriskey, who was in a relationship with the Kayden's mum at the time, had been babysitting the three-year-old and his baby sister.

The child suffered over a dozen injuries to his head and died from bleeding and bruising to his brain.

Despite being found unanimously guilty of manslaughter and child cruelty, Whoriskey is still pleading his innocence, leaving Kayden's heartbroken family in the dark about his final moments.

The family say it is their belief that "evil monster" Whoriskey intended to kill the little boy.

Sarah McLaughlin, sister of the little boy's mum, said: "The thing is, no one knows what went on before Kayden died.

"If I was speaking to him directly, I would ask him, tell me what you did?

"All we have is the evidence we heard in court and that evidence, to us, points to that he meant to murder Kayden.

"The guilty manslaughter verdict has given us some closure but we still believe that the murder charge should not have got dropped ."

Whoriskey had originally been charged with murder over the "lively and fun-loving" tot's death.

But to the family's surprise, the charge was downgraded to manslaughter towards the end of the 18-day long trial.

MORE STORIES FROM DERRY NEWSView All