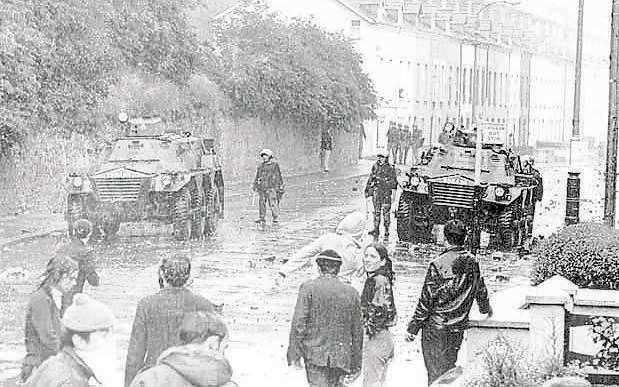 The overall political and security situation in Derry in 1971 was highly tense. By this point, the Troubles had been raging for three years and if anything the analysis was that things were set to deteriorate further.

By August of 1971, 14 British soldiers had been killed by the IRA across the North. Hardline views on both sides of the conflict were becoming increasingly entrenched. Another issue was the continuing presence of “no go ” areas in nationalist districts in Derry such as the Bogside, Brandywell and Creggan.

As such, the British Government regarded the fact that armed members of both IRA factions were openly patrolling these areas as a dedicated challenge to their authority.

The result was that repeated attempts to enter the “no go” zones by the British Army were met with rioting and gun attacks on a daily basis and community relations with the state authorities were virtually non-existent.

Over several days and nights in the run-up to Billy McGreanery's death, there were many shooting incidents in the city during which both military personnel and civilians had died or been seriously wounded .

Additional barricades had appeared and nail and petrol bombs had been fired during the frequent outbursts of rioting.