No Fines Or Prosecutions For Damaging Road Signs 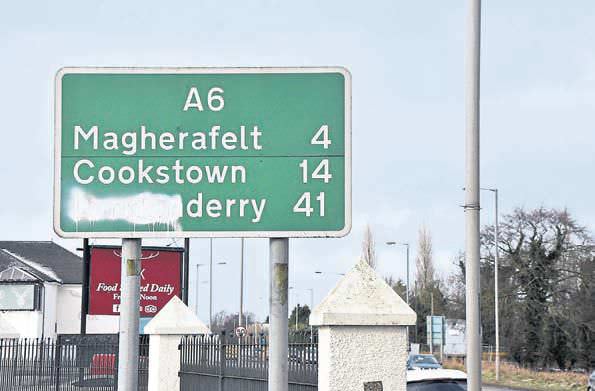 THERE were only two reports of vandalism to Londonderry signs across County Derry in a three year period, it has been revealed.

In recent years, local DUP representatives have spoken out about constant vandalism of road signs, which often sees ‘London’ in the word Londonderry being painted over.

In response to an FOI request from the County Derry Post, the Department of Infrastructure have revealed that there have been no fines issued or prosecutions brought for defacing signs over the past few years.