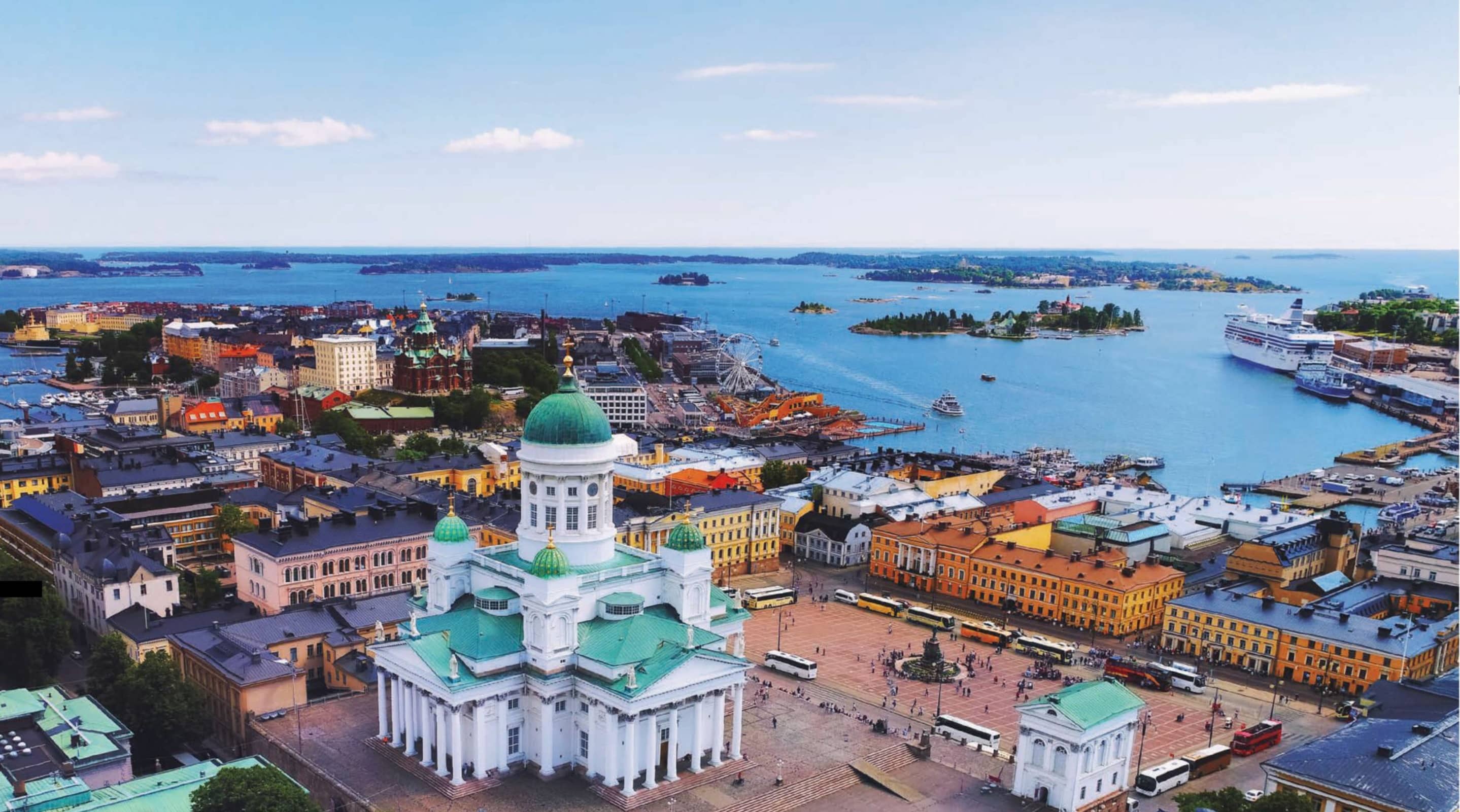 It’s early morning in Helsinki’s Market Square. At the quayside a small fishing boat has moored and a fisherwoman selling fresh fish is calling out to locals. Behind her tiny vessel, large ferryboats are lined up next to piers, ready to whisk commuters and tourists to one or more of the many islands that form a barrier between the city and the Gulf of Finland, a giant inlet of the Baltic Sea. In deeper water on both sides of the harbour, massive cruise liners are docked – the Baltic is said to be the second most popular destination for cruises after the Caribbean.

Close by, and for a few hundred metres along the harbour front, stall owners are busily setting up at the open-air market in readiness for the day ahead. Some sell a cornucopia of fresh fruit and local produce, while others offer the typical souvenirs of the region – from razor-sharp Finnish knives sheathed in soft reindeer leather to carved wooden spoons and bowls. Ice cream and coffee stalls compete with those selling heartier fare such as merenherkkulautanen or “sea gourmet plate”.

Though it’s only 7 am, the city’s residents all seem to be up and eager to make the most of the good weather and long summer day – Helsinki gets an incredible 22 hours of daylight in midsummer… of course, the downside of that is in the depths of winter only two hours of daylight are on offer, so summer can take on a real “party hard” atmosphere.

Helsinki may lie on the northern fringes of Europe, but thanks to Finnair’s successful expansion into Asia, the city has become a popular hub for travellers between Western Europe and Asia. Finnair has partnered with Visit Finland to tempt travellers to break their journey – if only for a few days – with a StopOver option at no extra cost to its air ticket. Gulf travellers also have better connectivity with flydubai starting daily flights on B737 MAX 8s last October (business class returns from AED8,500).

If it were winter, I would have opted for the three-day trip to the Arctic Circle to see the Northern Lights. Instead, I choose a shorter two-night option that encompasses highlights in and around Helsinki itself. Landing at Helsinki airport very early in the morning, I take the easy and efficient train into the city (lines I or P; €5), arriving at Central railway station 30 minutes later and walking to the stylish Hotel Lilla Roberts to drop my bags, before heading straight down to Market Square and the harbour.