What JPMorgan's Marko Kolanovic Is Looking At Now 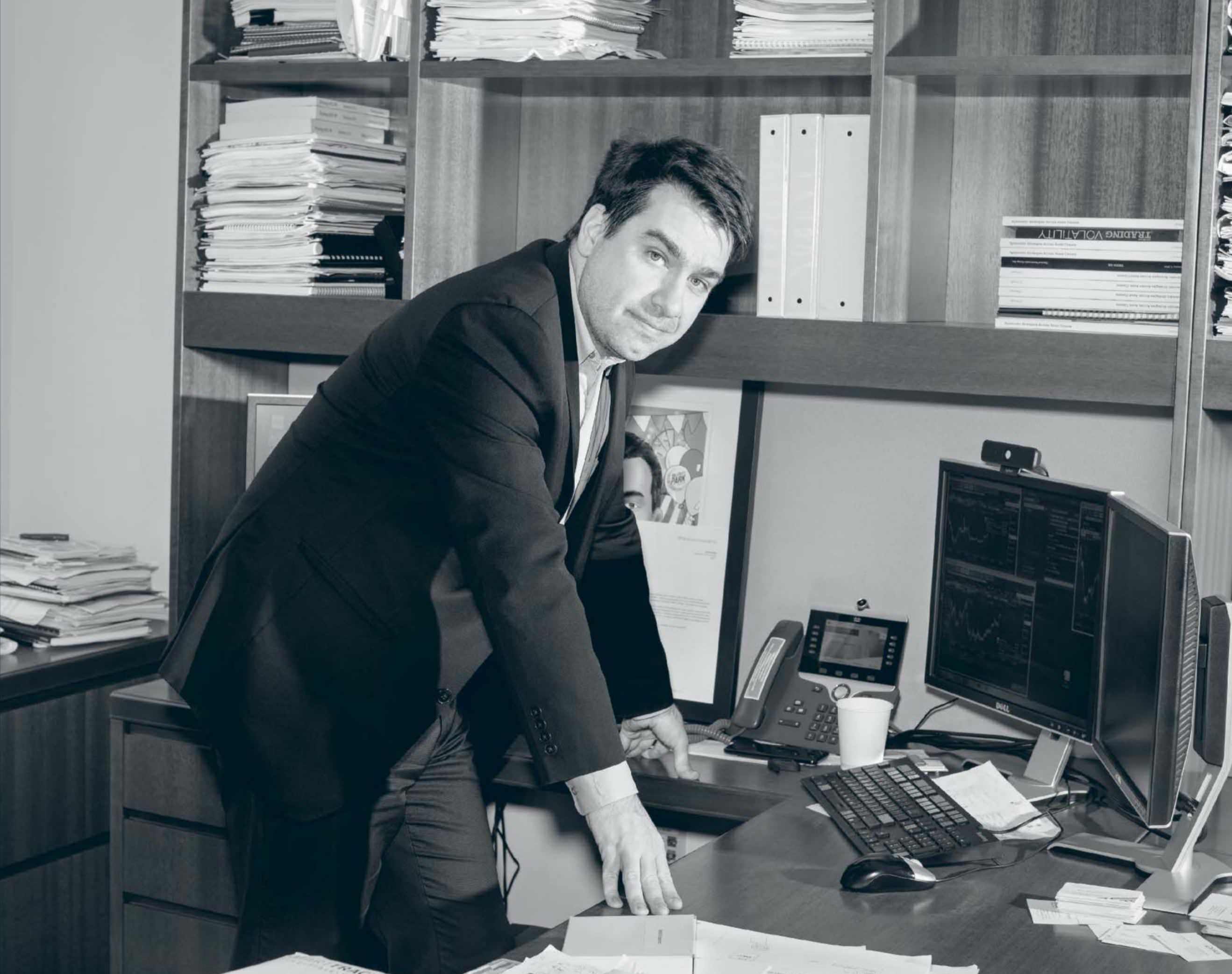 The global head of macro quantitative and derivatives research at JPMorgan Chase & Co. has gained a following for his forecasts about whether systematic investing approaches such as risk-parity strategies, volatility- targeting funds, and commodity-trading advisers will be buying or selling.

Kolanovic, 43, is widely credited with market-moving pronouncements. On Oct. 12, for instance, he reported that systematic selling was 70 percent done after a big U.S. stock drawdown. A few minutes after that note landed, the S&P 500 rallied. His most famous moment might have been in the August- September 2015 tumult induced by China. Several of his market-direction predictions came to pass, both upward and downward. His star, in fact, has reached such heights that CNBC sometimes identifies him in its chyron as “Half-Man, Half-God.”

A NATIVE OF CROATIA, the bassoon-playing Kolanovic earned a degree in classical music. He’d like to take up the instrument again at some point, he says, but doesn’t have the time these days. In the late 1990s, he came to the U.S. to study at New York University. He received a Ph.D. in theoretical physics in 2003, then joined Merrill Lynch as a derivatives research quant. “At that time, most market participants were fundamentally driven, so having this quant angle was pretty powerful,” he says. After two years, Kolanovic moved to Bear Stearns to head up equity-linked strategy—and moved to JPMorgan when it saved Bear from collapse. “The trading floor was hectic, with employees afraid for their careers, the firm, and the financial system. There was conflicting information, and until Thursday everyone was thinking the firm would be fine,” Kolanovic recalls of that week in mid- March 2008. “Only on Thursday we realized the end may be near, and on Friday it was all over. I was immediately contacted by the head of JPMorgan research Tom Schmidt and the head of derivative sales, both of whom knew about my work.”