Why So Many Superpowers Are Dropping Billions in Djibouti 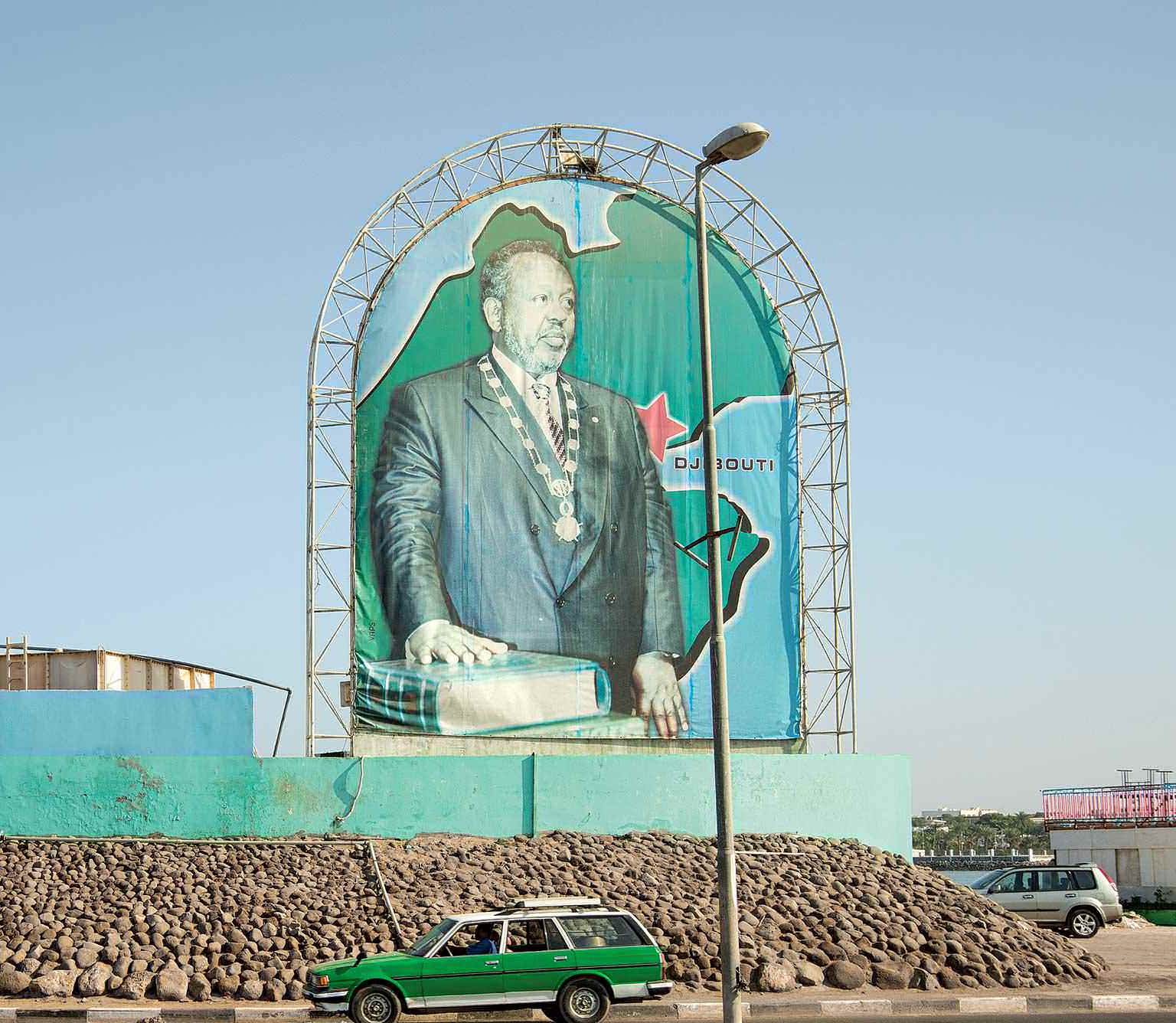 ​How a forgotten sandlot of a country became a hub of international power games.

The bartender measures a shot of Johnnie Walker Red Label in a steel jigger and dumps it over ice. A waitress sets the glass on a tray and steers it through the dining room, where Abouye Wang, the restaurant owner, commands a booth in the back corner, elbows on the table, surveying the dinner crowd. The buzzcuts perched around the high table in the middle of the room are Americans, he guesses. The two women lost in conversation behind them are French. He recognizes the men in the adjacent booth as German. He spots an Italian port executive and a Palestinian diplomat from the newly opened embassy.

The restaurant, La Chaumière, sits on a corner of the central square in Djibouti, the capital city in the tiny African country of the same name, which until recently was of little consequence to anyone who didn’t live there. La Chaumière’s menu pushes the outer limits of fusion as Wang caters to his evolving clientele. East African seafood dishes, Asian stir fries, French stews, American sandwiches, they’re all here. “If we don’t have what you want,” Wang tells me, “we’ll make it for you.”

It’s my first night in Djibouti, and I’ve come to La Chaumière because I was told it would be full of soldiers, speculators, diplomats, spies, aid workers, contractors—all the outsiders who are turning Djibouti into an unlikely epicenter of 21st century geopolitics. Thomas Kelly, the American ambassador here, likes to say that Djibouti today feels like what Casablanca must have felt like in 1940. “All the different nationalities elbowing into each other,” he says. “All the intrigue.” Wang stands in the center of the mix, walking from table to table, slipping from language to language, witnessing Djibouti’s transformation at close range. Born to an Ethiopian mother and a Chinese father, he roamed East Africa with his family before settling here in 1977, the year Djibouti declared independence from France. He was 7 years old, an exotic import in a place no one ever visited, where nothing ever happened.

Back then, Djibouti, a country about the size of New Jersey, had one paved road and less than a square mile of arable land. The Associated Press deemed it perfectly devoid of resources, “except for sand, salt, and 20,000 camels.” The New York Times guessed the new nation might get swallowed up by one of its neighbors—Ethiopia or Somalia, maybe— because it was “so impoverished that it cannot stand on its own.” 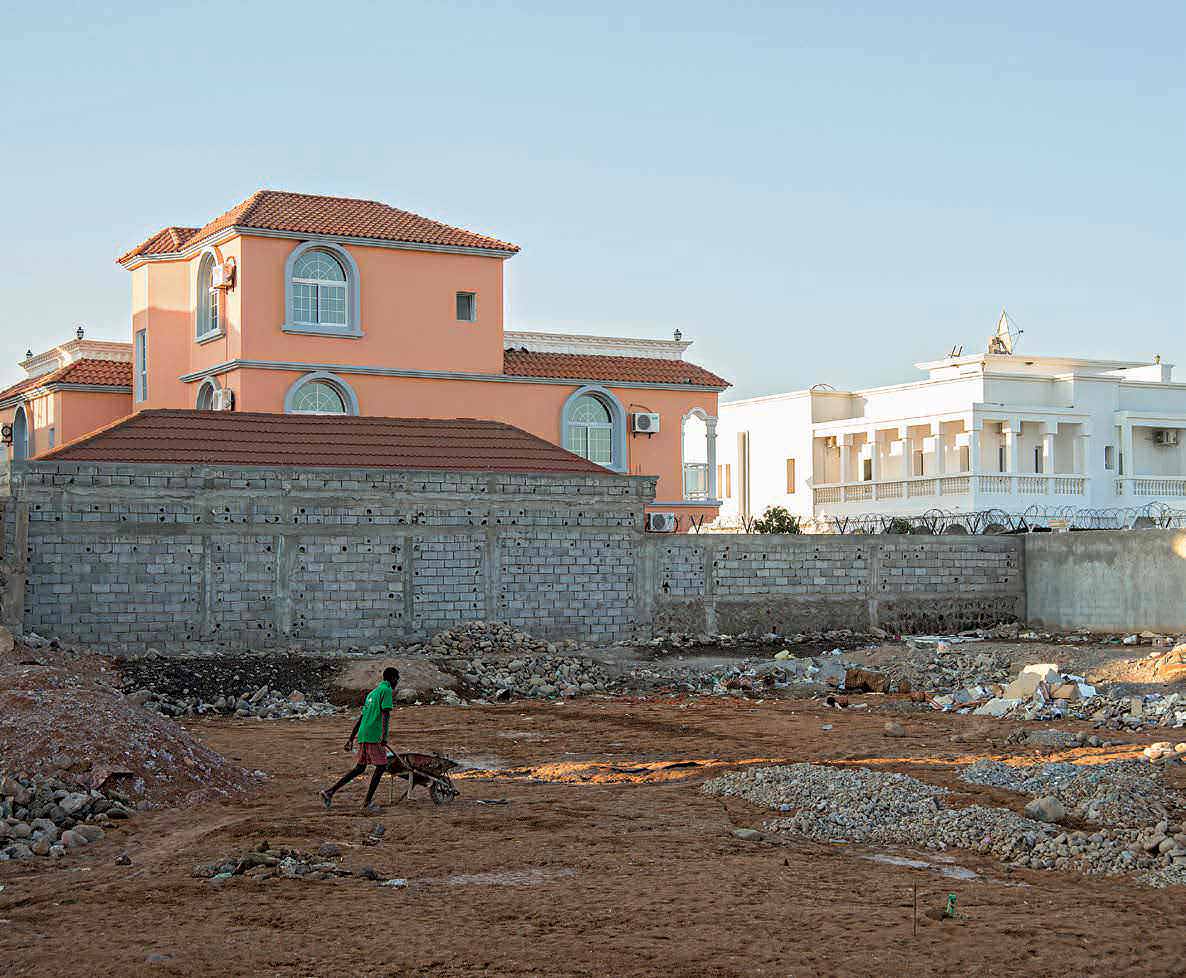 Years passed, and those neighbors were too preoccupied with wars, famine, and civil anarchy to pay much attention to it. Such upheavals, and almost everything else, skirted Djibouti. Then the new century rolled around and, seemingly overnight, the country’s sleepiness became a valuable commodity.

After Sept. 11, the U.S. military rushed to establish its first base dedicated to counterterrorism, and Djibouti was about the only country in the neighborhood that wasn’t on fire. Sitting beside the narrow Bab el-Mandeb strait—a gateway to the Suez Canal at the mouth of the Red Sea, and one of the most trafficked shipping lanes in the world—it provided easy access to hot spots in both Africa and the Middle East. A few years later, when Somali pirates started threatening the global shipping industry, the militaries of Germany, Italy, and Spain joined France, which has maintained a base since colonial times, by moving troops to Djibouti. Japan arrived in 2011, opening its first military base on foreign soil since World War II. Last year, refugees displaced by war in Yemen— just 13 miles across the strait—began arriving by the thousands, attracting aid workers and NGOs looking for a stable regional base.

They eventually come to La Chaumière to gossip, to eavesdrop, to see who’s new in town. Wang is a central branch on the local grapevine. When I ask people here how Djibouti has managed to avoid the turmoil that has plagued the other countries in the region, a stock answer comes back to me from nearly everyone, both local and foreign. “No country is completely safe, but everybody knows everyone here, and they all talk,” Ilyas Moussa Dawaleh, the country’s minister of finance, tells me. “Every time a new camera comes into the country, for example, we know whose it is.” The grapevine, in other words, doubles as a safety net.

Wang knows better than most that the influx of outsiders can stretch the net thin. One evening in 2014, planted in his corner booth, he spotted an unfamiliar figure: a veiled woman walking toward one of the high tables in the middle of the floor. Before he could approach her, she exploded, filling the room with fire, noise, and confusion. A moment later, a second suicide bomber blew himself up just outside the front door. More than a dozen people were wounded, and three died. Al-Shabaab, the Somali-based terrorist group, took credit for the attack, saying it was targeting French commandos for their role in battling Islamic militants in Somalia and the Central African Republic.

Wang, uninjured, decided to rebuild. The Djibouti government, recognizing the symbolic power of the decision, helped him pay for it. The place looks almost exactly the same as it did before, but the clientele keeps evolving. “I’m noticing more Chinese,” Wang tells me. 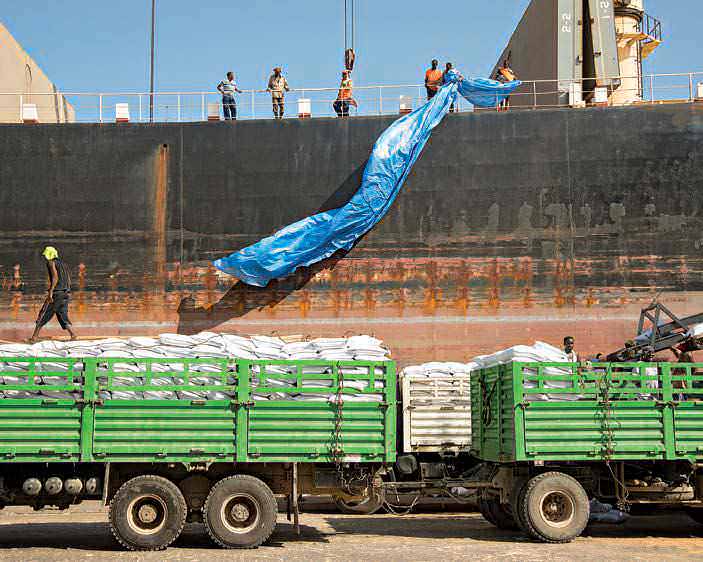 Three days later, on Feb. 25, China announces it has begun construction on its first-ever military installation abroad, about four miles from the American and Japanese bases. A week after that, Saudi Arabian officials say that they, too, plan to move soldiers to Djibouti and establish the country’s first military station in Africa.

Camp Lemonnier, the American base, presses against the side of Djibouti’s only commercial airport, hidden behind a maze of concrete barriers and razor wire. Inside, it’s a wilderness of containerized living units, or CLUs, stacked atop one another. The laundry building looks like the movie theater, which looks like the credit union. It’s as if someone built a city from Legos and spray-painted the whole works tan.

For years the Americans insisted it was a temporary, or “expeditionary,” camp. But a $1.4 billion upgrade launched in 2013 has turned it into a clangorous construction site. Back in 2002, when the Americans took the camp over from the French, it sprawled across 97 acres. Now it’s pushing 600 and the CLUs are slowly being replaced by multistory, apartment-style barracks.

About 4,000 soldiers and contractors live here, and they include commandos from Joint Special Operations Command,ËšË™the team that undertakes the military’s most sensitive counterterrorism operations. After the 2012 attack on the diplomatic mission in Benghazi, Libya, a 150-member rapid response team was established at Camp Lemonnier, assigned to handle future threats to diplomatic personnel abroad. Djibouti is also the U.S. military’s regional hub for drones, and it sends thousands of Predators and Reapers across the region each year.