What People Really Need After a Natural Disaster 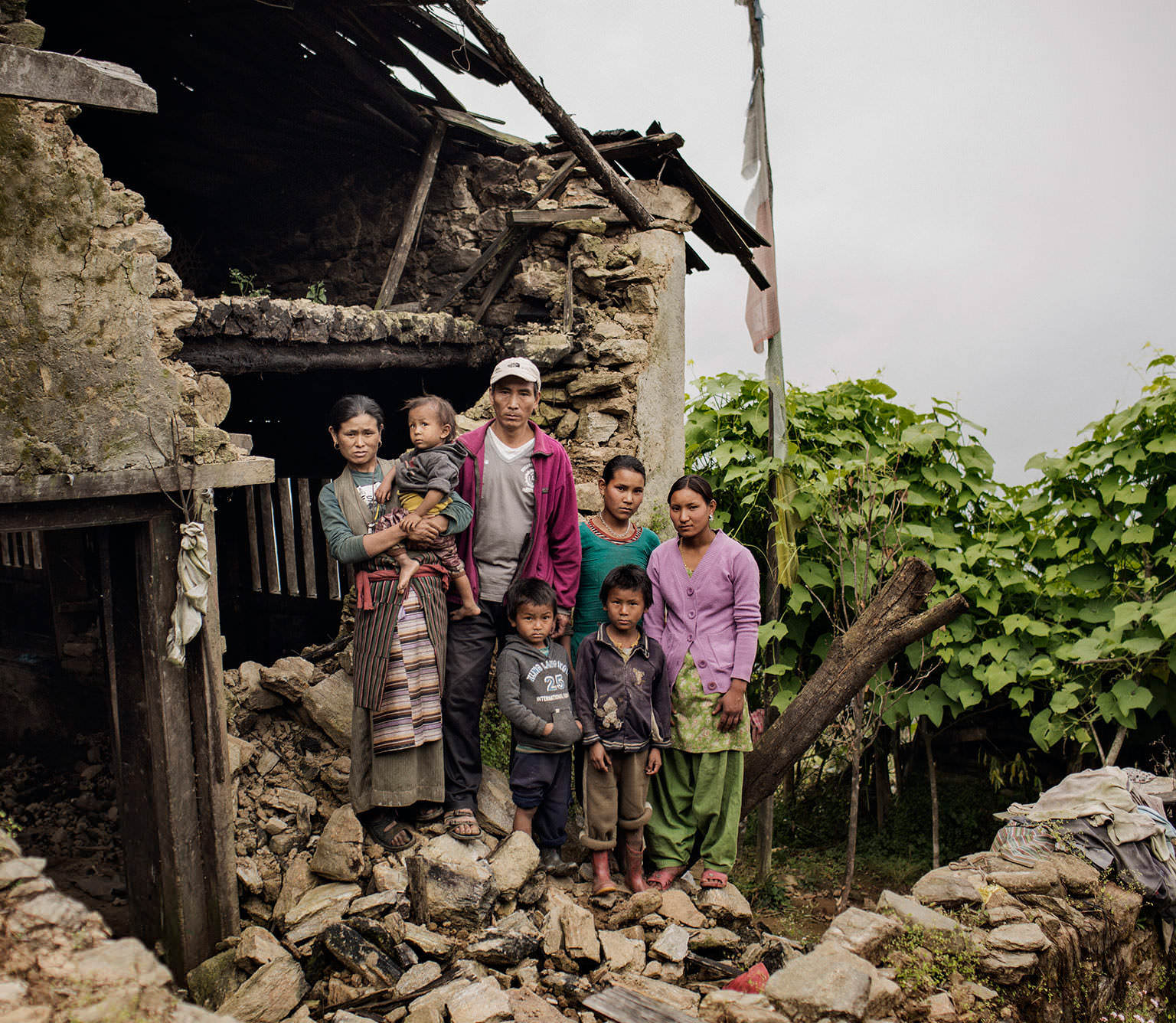 The road loses form in the night. That's probably a good thing. It's not much of a road at this point, more a gully full of boulders and hail drifts perched on a cliff. The truck, a 1980 something Tata, bottoms out regularly. Occasionally it fishtails towards the edge and a drop-off of a few hundred feet into the blackness of eastern Nepal's Khotang district. "Have you looked down?" asks Ben Ayers the Nepal director of the Dzi Foundation, a nonprofit development group focused on rural communities. The passengers in the car, myself included, too busy bracing ourselves for the next spine jarring impact ignore the question.

We’ve been driving for 14 hours. Our guru—a term of respect for drivers in Nepal—is a 20-year-old kid named Jeevan, who recently took over the wheel from his 17-year-old brother, whom Ayers hired after a guy with an impressive rattail ripped us off. “My brother doesn’t know how to drive,” Jeevan says, his earrings glinting. “He doesn’t even have a license!” 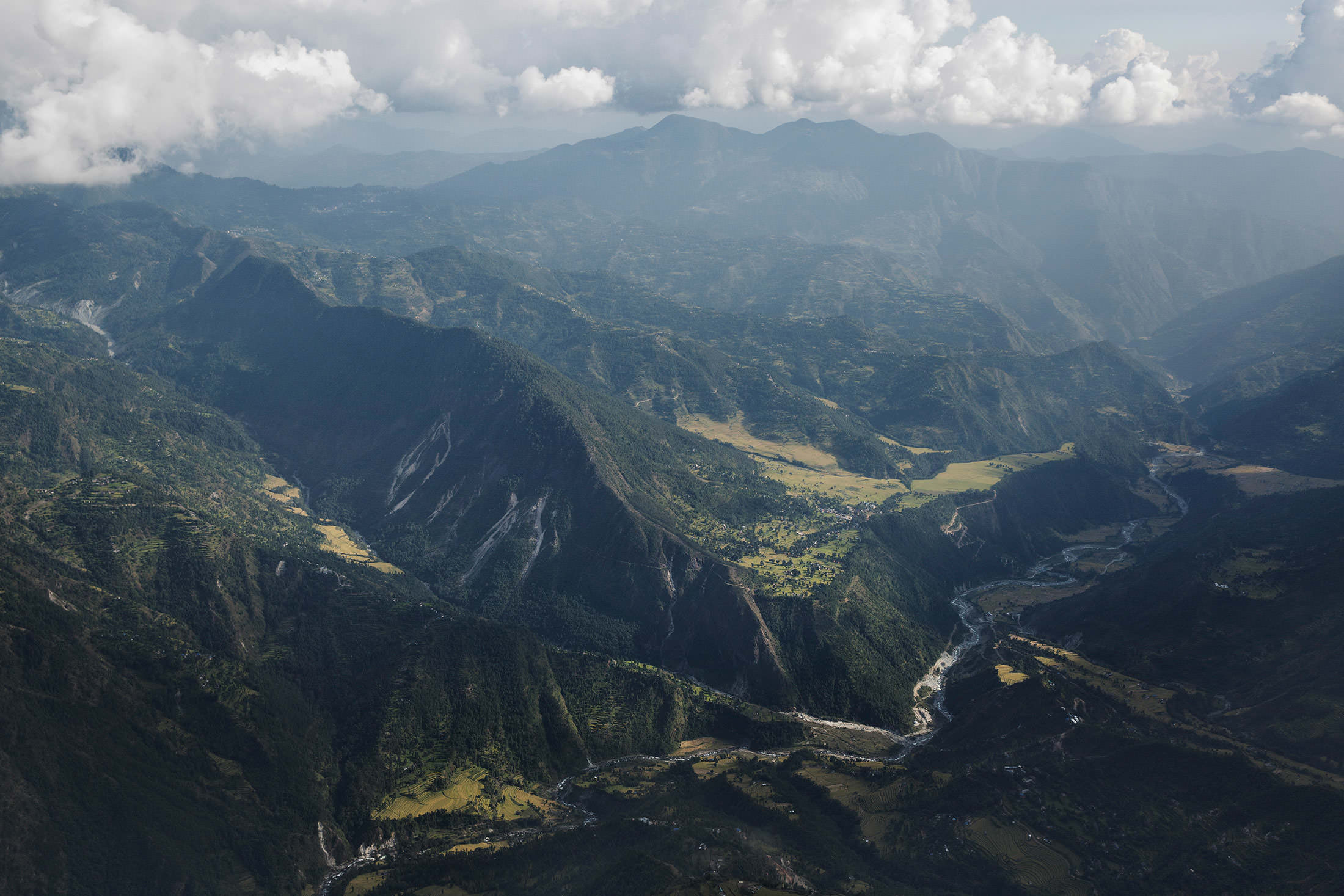 The truck hits a mud patch and slides toward the edge of the cliff. Jeevan slams the brakes and shifts into reverse. The truck hits the wall behind us. Our guru gets out and, after a cursory examination, announces that all is well— just a broken taillight. When he starts the engine back up, the transmission sounds like a helicopter, and some new kind of bad smell engulfs us. The truck, Jeevan says, is due for repair tomorrow.

It’s Oct. 23, six months after a magnitude 7.8 earthquake and a 7.3 aftershock killed almost 9,000 Nepalis and left hundreds of thousands homeless. Relief arrived in a surge, with international aid organizations delivering bags of rice, pallets of bottled water, and emergency tarps. Now comes the harder, longer work of reconstruction in the rugged Himalayan foothills. I’ve joined Ayers, 38, a former logger from New Hampshire, to visit rebuilding projects in some of the remote villages where Dzi works. For the past eight years the organization has been striving to develop robust agricultural economies in 70 communities that have otherwise relied on subsistence farming, remittance labor in the Middle East, and portering for mountain climbers. It draws on financial backing from companies like Vitol, a Dutch oil services provider, and wealthy individuals such as Pete Ricketts, the governor of Nebraska and former chief operating officer of Ameritrade. Now these villages need relief— the quake destroyed 31 schools, and Dzi’s surveys indicate that about half of the region’s houses are uninhabitable.But here’s just the first of many challenges: All materials for the reconstruction, from cement to rebar, must travel over roads like the one we’re on.

Our ultimate destination is Sotang, a market town in the impoverished Solukhumbu district, with stops in seven other remote villages. The plan for now is to start rebuilding some schools. The plan for the future is to develop the kind of prosperity that can make a community more resilient when it’s confronted by natural disaster. “It’s easy to drop off some tarps and call it good,” Ayers says. “I think this is more effective.”

Dzi’s “model,” as Ayers calls it, is toilets, not just tarps; irrigation projects, not bags of rice. He asks locals what they really need. It’s a long-view approach based on the belief that small, slow, personal assistance is more useful than big, splashy, short-lived aid. But Ayers, a former climber with anti-establishment leanings, also enjoys throwing caution to the wind now and then. Immediately following the earthquake, when larger aid organizations struggled to ramp up operations, he and some friends in Kathmandu organized an unregistered, unlicensed relief effort called Yellow House. It was so effective, the Office of the United Nations High Commissioner on Refugees (UNHCR) started delivering emergency supplies via Yellow House trucks.

“The reason Nepal is poor—the reason that this road sucks—is because the state is ineffective,” Ayers says. “So if you’re going to be accountable to communities, sometimes you have no choice but to do things that are illegal.”

At the moment, the government is making his critique seem absurdly mild. On Sept. 20, Nepal adopted a constitution that divided the country into seven voting districts demarcated by geography. The Madhesi people, in the nation’s south, objected, as the document minimized their representation. Violence broke out in the country’s south and west, with at least 45 people killed, including nine police officers. One cop was burned alive. India’s government, which is sympathetic to the Madhesis, ceased fuel deliveries on Sept. 23, presumably to pressure Nepal into amending the constitution. When India squeezes, Nepal has little recourse: Its only other neighbor, China, sits beyond the planet’s highest mountains.

In Kathmandu, people wait in line for five days for gas; diesel sells for $19 a gallon on the black market. Food prices have doubled in rural areas. The Himalayan winter is looming, and the government has yet to spend any of the billions pledged by international governments. The UN and the U.S. Agency for International Development (USAID) are still delivering supplies, but their efforts have slowed as the government has rationed fuel. In a couple of weeks, at about the same time the government starts selling firewood to desperate citizens, the UN World Food Program will be forced to ground its two supply helicopters. Our ride may leave something to be desired, but at least we’re moving. That’s more than can be said for much of the country.

In the summer, many in Kathmandu hoped the earthquake would prove a dark gift. In June, Nepal assessed the cost of reconstruction at $6.7 billion. The international community quickly pledged $4.4 billion. The government established a body called the National Reconstruction Authority to disburse the funds. Nepalis who lost their homes were given $150 for temporary shelters and promised $2,000 more. There seemed reason to hope, too, that the disaster might spur the parliamentary government to finalize a new constitution; Nepal had been operating under a temporary one since a decade-long conflict with a Maoist insurgency ended in 2006. 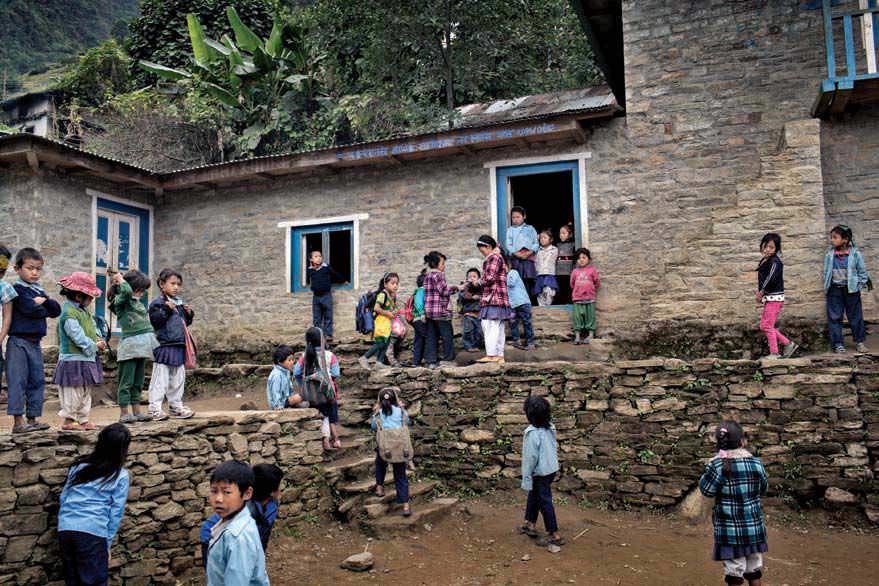