The Netflix of Africa Doesn’t Need Hollywood to Win 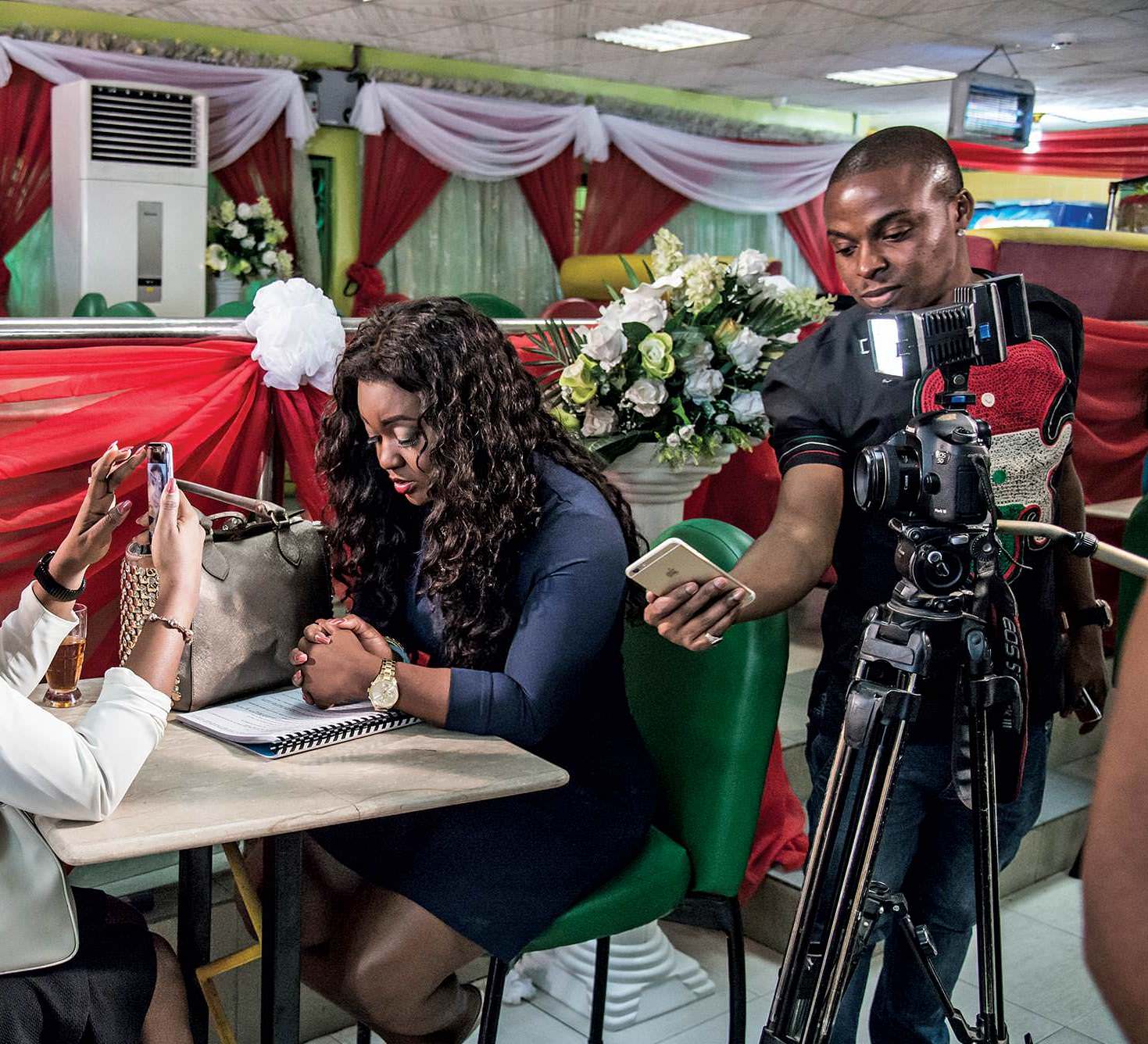 Does the low-budget, DIY, Nollywood-movie-streaming, "Netflix of Africa" have enough of a lead to hold off the real Netflix?

Walter Taylaur, a gangly, gregarious Nigerian writer-director, needed a place to shoot his movie, Gbomo Gbomo Express, a low-bud get “ comedy-thriller.” In the movie, the head of a music label hits it off with a socialite while out on the town in Lagos. On their way home, three working-class Lagosians kidnap the couple for ransom, but the hapless kidnappers realize too late that they’re in over their heads.

In Nollywood, as the Nigerian movie business is known, there are no actual studios. Filmmakers usually rent an abandoned or empty mansion and transform it into a set. But Taylaur hadn’t found one yet. Then a friend came through. He owned a derelict house with servants’ quarters in Ebute Metta, a congested neighborhood in one of the oldest parts of Lagos with faded, peeling apartment buildings, pastel-colored two-level bungalows, and a sprawl of openair markets. Taylaur could use it if he wanted, for free. He’d just have to clean it up first. The street outside might present a problem, though. It was loud: generators rumbling,people shouting, horns blaring from vehicles languishing in traffic. No, Taylaur said, that sounded perfect.

When he showed up at the house two days later, Taylaur had to cut the padlock off the gate (his friend had lost the key). Inside, he found rooms knee-deep in trash; it took several hours—and dumpsters—to get rid of it all. He and the crew gutted, cleaned, and painted one space to use as a greenroom, adding fans, lights, tables, and mattresses for soundproofing. They also built sets that passed for an office and a hospital suite. When they began filming, they left the street noise in.

Taylaur shot the movie on digital video for less than 10 million naira, or about $53,000, over 18 days in January 2015. “There’s a lot of freedom, and you can make anything happen, and people do,” Taylaur says of Nollywood. It’s a “do-or-die” trade, where productions shoot anywhere they want, provided they have the right fixer, and turn logistical challenges into plot twists.

Gbomo Gbomo Express came out in theaters last October, and then—a first for Taylaur—on an Internet streaming service called IrokoTV in January. Founded in 2011 by Jason Njoku,a 35-year-old Nigerian-British entrepreneur, Iroko Partners operates the service and has amassed a catalog of several thousand Nollywood films, most in English, but some in Yoruba. Starting in 2013, Iroko began producing its own original content, making it the West African answer to Netflix. It offers Africans, on the continent and in the diaspora, a way to watch Nollywood fare wherever they find themselves. After India’s Bollywood, Nollywood is now the world’s second- busiest movie industry, cranking out 1,000 titles per year. Other hits on Iroko include Mrs. Somebody, House of Gold, and 30 Days in Atlanta, a comedy in which the protagonist wins an all-expenses-paid holiday to America and brings his cousin.

Njoku and his partner, Bastian Gotter, launched Iroko after raising $3 million in an initial financing round from New York hedge fund Tiger Global Management and Swedish investment firm Kinnevik. They later raised an additional $5 million. (The company won’t disclose how many subscribers it has, but the number is estimated to be around 65,000.) Iroko says it’s now one of the largest funders, co-producers, and commissioners of content in Nollywood. The question on many minds, however, is whether Iroko has built up enough of a lead: Netflix itself announced early this year that it wants to become a global Internet TV network and intends to expand into Africa, though it hasn’t said when. Although Netflix has no specific plans for Nigeria yet, the country would have to be near the top of any list the company’s drawn up. (The Kenya Film Classification Board has already called Netflix a potential threat to “moral values and national security.”) Iroko has been the only company of its kind on the continent, surviving while similar ventures have failed, but is it ready for serious competition?