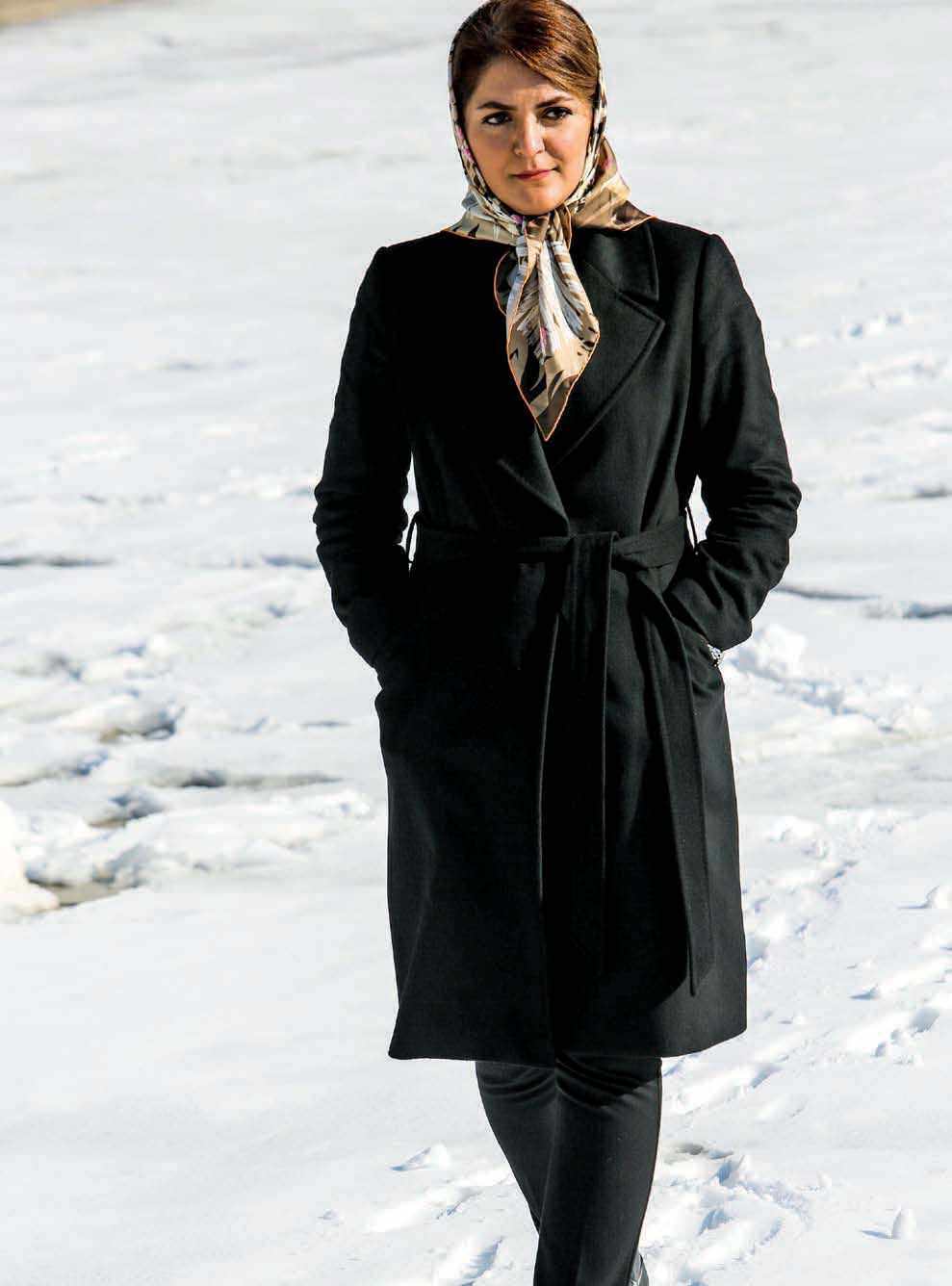 Can Elham Hassanzadeh get the oil flowing in Iran?

At Monsoon, a bistro in Tehran that serves sushi, Szechwan beef, and Gouda and calamari on whole wheat toast, the fusion cuisine is an act of defiance. So are the women’s fashions—tight robes, exposed calves, headscarves that barely conceal blond and henna-colored hairstyles. The restaurant, with its rough concrete walls, red countertops, and statues of Hindu and Buddhist goddesses, looks more Manhattan than Islamic Republic. Seated at a corner table is Elham Hassanzadeh, almost 6 feet tall, with dark eyes, thick eyebrows, and lush brown hair that overflows her hijab. Her dining companions are the middle-aged bosses of two large Iranian engineering and construction companies.

Raised in a pistachio-farming family in tradition-minded southern Iran, Hassanzadeh, 31, earned her law degree and Ph.D. in the U.K. on scholarships. She literally wrote the book on Iran’s natural gas industry since the 1979 Islamic revolution—it was published last year by Oxford University Press. She has returned to Iran to head a consulting firm, Energy Pioneers, based in Tehran and London, that’s at the vanguard of Iran’s all-out push to lure back foreign investors after the expected lifting of sanctions in coming months. Iran is counting on Western technology and hoping to raise $100 billion in overseas financing to double its oil and gas production in the next five years. Hassanzadeh is building a business by parlaying a deep knowledge of Iran’s energy resources, close ties to government technocrats and industry leaders in Tehran, and high-level contacts at major oil companies, law firms, and investment houses in the West.

Her clients are impatient. “Foreign companies should open offices in Tehran immediately and buy shares in local companies who can be their agents and help with management,” says one of Hassanzadeh’s dinner companions, B.M. Hazrati. He’s the managing director of Arsa International Construction and head of a contractors’ trade group. “Unfortunately, they’re still looking at us like it’s 15 years ago.”

“The world has moved on,” Hassanzadeh says, dismissing the idea that Western investors, in a market glutted with oil, are ready to rush back to Tehran without examining the fine print. Lately she’s been commuting between Iran and Europe to speak at trade conferences and in meetings with Western oil executives, fund managers,bankers, and lawyers about her country’s reemergence.

Despite her age, she cultivated a wide network of industry players in Europe during her years at the Oxford Institute for Energy Studies. Some of these contacts may have skirted U.S. law by merely discussing business with an Iranian, so Hassanzadeh names no names as she shares what she’s learned: Significant Western involvement in Iran’s oil sector is at least 18 to 24 months away, maybe much more. Prospective partners don’t trust the information they’re getting out of Tehran, she says, and the big banks and investment funds “still need a clear green light” from the U.S. Department of the Treasury before committing money to Iran. “For them, Iranian stability is still questioned,” she says. “What happens in two years if [reformist President Hassan] Rouhani isn’t reelected?”

The conversation shifts to another debate raging inside Iran’s oil industry— between those who argue that Phase 12 and other achievements during the four years of global sanctions prove Iran doesn’t need foreign help, and executives such as Motarjemi who say international technology and management expertise are indispensable. Phase 12, while hailed in Iran as a triumph of self-sufficiency, cost twice as much as it should have because of sanctions, according to Motarjemi. “You can’t imagine how difficult it was,” he says. Banks in Dubai and Asia charged usurious rates to move Iranian money. Western suppliers labeled random components such as piping and valves “dual use”—that is, applicable in military or nuclear technology—and wouldn’t sell them to Iran. Spare parts never arrived for some critical components such as pumps; a massive compressor is still on a dock in Dubai, mired in sanctions red tape.

“I’ve seen how management functions much better when there’s a European company working beside us,” Motarjemi says over a dessert of fried mango spring rolls with coconut ice cream. “We want to forget the past hatred, whatever it was, and start all over again.”

Undeterred by this month’s flareup with sectarian rival Saudi Arabia across the Persian Gulf, Iran is ready to rebuild its energy industry. The West has been salivating since the July 2015 breakthrough on lifting the sanctions. At a conference in Tehran in late November, Oil Minister Bijan Namdar Zanganeh tantalized more than 300 foreign energy executives with 70 exploration and development projects up for bid, targeting $30 billion in new investments. Ministry officials are promising better terms for foreign producers than found in Iran’s previous oil contracts, which allotted companies a fixed fee regardless of how much oil they produced and paid nothing to companies that spent more than was budgeted to develop a field. The new contracts will be valid for as long as 25 years, compared with seven before. Iran, which says it will disclose more details in February, wants to sign its first deal as soon as this spring.