Please Hate Me. Love, The NRA 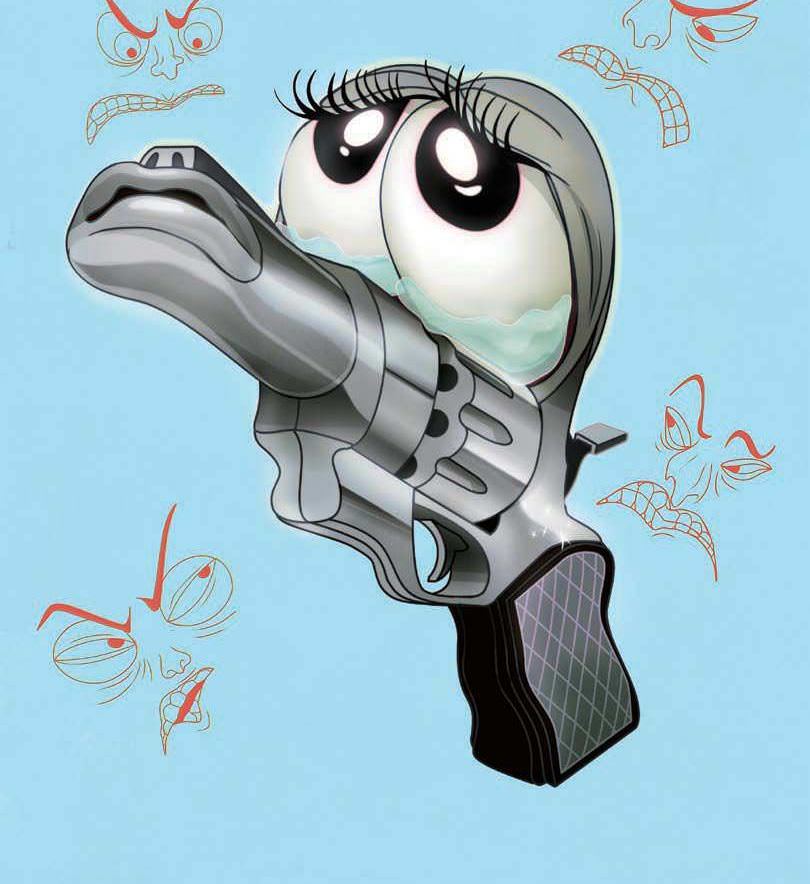 Rekindling the culture war with the gun lobby is a losing proposition. Heres what can be done to curb violence.

For the first time in 16 years, guns will play a prominent role in the presidential election. In 2000 energized gun-rights activists helped cost Al Gore his home state of Tennessee and Bill Clinton’s home state of Arkansas. As much as Florida’s hanging chads and Ralph Nader’s third party self-indulgence, pro-gun agitation put George W. Bush in a position to enjoy the Supreme Court’s delivery of the White House in Bush v. Gore.

After the Oct. 1 killings at Umpqua Community College in Roseburg, Ore., a visibly angry but oddly passive Barack Obama pointed out that the U.S. experiences a mass shooting every couple of months and “if you think this is a problem, then you should expect your elected officials to reflect your views.” In her response to the massacre, Hillary Clinton detailed how, if elected president in November 2016, she’d pursue a more aggressive gun-control agenda than Obama. “It’s time the entire country stood up against the NRA,” she said during the Democratic debate on Oct. 13.

Clinton sees the gun issue as a way to motivate her progressive base while simultaneously outflanking her main primary challenger, Senator Bernie Sanders of rural firearm-friendly Vermont. Asked during the debate whether Sanders is “tough enough on guns,” Clinton answered, “No, not at all,” noting he’d voted repeatedly in the early 1990s against the criminal- background check law. The liberal wing of the Democratic Party likes what it’s hearing from Clinton. “For a major presidential candidate to break the logjam in the way she’s doing is a momentous shift,” says Senator Richard Blumenthal (D-Conn.).

But Clinton may be making a mistake framing her argument in culture-war terms—as a battle against the National Rifle Association, which is a conspiracy-minded extremist group that thrives when under attack. Moreover, while some of her ideas make sense, others, including her emphasis on “assault weapons,” come straight from a tired, ineffective gun-control playbook.

What’s needed is a sorting out: fact from myth, reason from rhetoric. We also need to analyze rigorously the separate challenges posed by sensational mass shootings and ordinary violent crime.

Let’s begin with the folly of making the NRA the issue. “They’re celebrating at NRA headquarters in Fairfax [Va.] that Hillary is coming after them,” says long-time gun-rights activist Richard Feldman. “You can’t ask for better ammunition for the NRA.”

While the NRA has refrained from commenting directly on the nine horrific gunshot murders in Roseburg, it’s issued online alarms to the faithful in recent days condemning Clinton for “ratcheting up her attack on the nation’s gun lobbyists.” In particular, the NRA has highlighted the former secretary of state’s predebate comparison of its stubbornness to that of “the Iranians or the Communists.”

“Hillary Clinton is giving the NRA all the ‘proof ’ it needs to persuade its members of the Big Conspiracy—that the Democrats are coming for their guns, even though in eight years in office, Obama didn’t really do that,” says Feldman, who knows whereof he speaks. He’s a former NRA organizer who’s lobbied for Glock and other gun manufacturers and now runs the Independent Firearm Owners Association, a small group based in New Hampshire. In another recent digital dispatch-cum- fundraising appeal, the NRA warned: “Gun Grabbers High on Hillary, Look to Her to Enact Controls Where Obama Failed.”

Rather than further excite already motivated gun activists in swing states such as Ohio, Pennsylvania, and West Virginia, sincere opponents of gun violence ought to shift the debate away from whether it’s weird to idolize firearms and toward what works to reduce crime. For better or worse, from 30 percent to 40 percent of American households have a gun, and many have more than one. We are a nation with 300 million firearms in private hands; for practical and constitutional reasons, there’s no prospect of mass confiscation. The guns aren’t going away, at least not anytime soon.