Paris Must Not Lead To Barricades 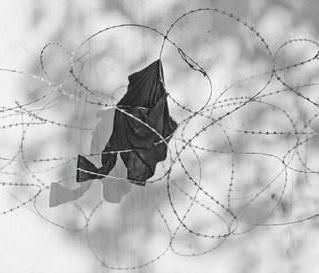 After terrorists strike, the first instinct is to raise walls. But democracies thrive on openness.

The priority of every person and every society is to survive. President François Hollande declared the emergency closing of France’s borders after terrorists struck Paris on Nov. 13. The following Monday he announced to Parliament, meeting in Versailles, that Europe as a whole must keep out enemies, or France will take matters into its own hands. Lives, he said, were at stake. “If Europe doesn’t control its external borders, it is the return of national borders or walls and barbed wire,” Hollande said. After the speech he and the lawmakers sternly sang La Marseillaise.

It’s not just a shaken France that’s talking about walls and barbed wire. Hungary just built a wall along its border with Serbia. India has walled itself off from Bangladesh. Israel has fenced the West Bank and Gaza. Morocco built a sand berm to block attacks by separatists from Western Sahara. And in the U.S., Donald Trump leapt to the front of the race for the Republican presidential nomination by promising to build “the greatest wall that you’ve ever seen” on the long border with Mexico.

A wall going up is prima facie evidence that something bad is going down. Terrorism isn’t the only thing, of course: Trump and Hungarian Prime Minister Viktor Orban have both mentioned keeping out rapists and job stealers as justifications for their barriers. But terrorism is what has taken wall building from a fringe concern to the mainstream. Concrete barriers, metal fences, barbed wire, searchlights, guard dogs, and jeep patrols along borders are physical evidence of the damage that terrorism has done to the sense that we’re all in this together.

The tragedy is that walls hurt those who obey the law more than terrorists,who usually find a way to go over, under, or around them. What’s worse, isolating entire communities and nations because potential terrorists live among them often backfires, engendering more of the hatred that it’s meant to protect against. That’s what makes terrorism so diabolical: Like an autoimmune disease, it provokes civilized societies to behave in self-defeating ways.