Now When China Sneezes, The World Catches A Cold 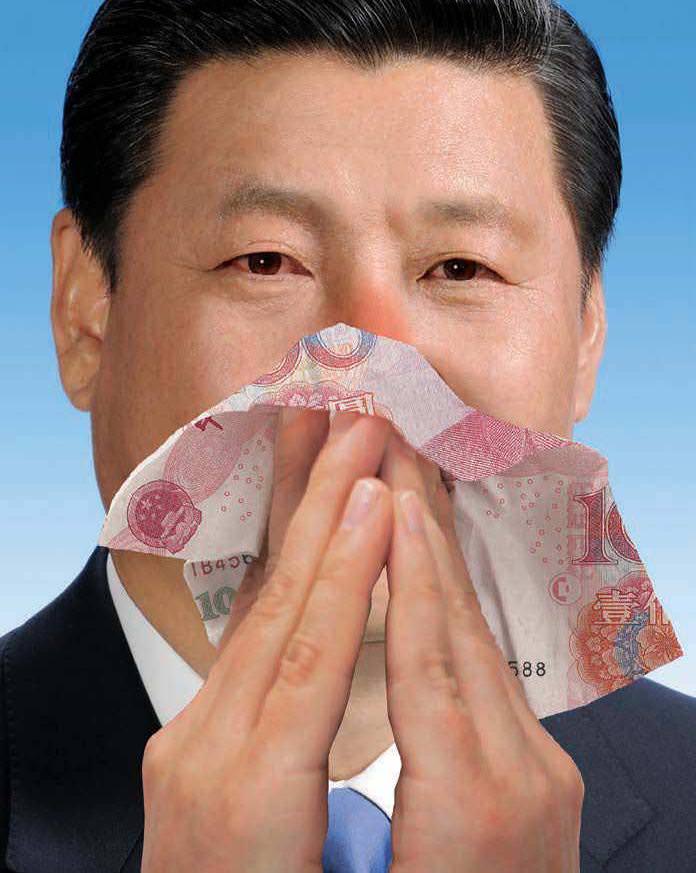 The U.S. is healthy enough to withstand Black Monday, but it and the rest of the world must learn to watch out for Chinas well-being.

When the Dow Jones industrial average fell almost 1,100 points soon after the opening bell on Aug. 24, the world suddenly seemed like a very small place. A tidal wave of stock selling that began in Shanghai had rolled all the way into lower Manhattan as China’s problem became, undeniably, America’s. Wall Street panicked. General Electric, JPMorgan Chase, and Home Depot lost a fifth of their value in minutes. For the first half-hour, the Chicago Board Options Exchange couldn’t even calculate its Volatility Index, also known as the fear gauge. Markets from Asia to Europe preceded the U.S. downward. “There’s no rational choice anymore, no rational reaction,” Michael Woischneck, a senior equities manager for Lampe Asset Management in Düsseldorf, Germany, told Bloomberg.

U.S. markets partially rebounded that day and the following ones as investors realized that the U.S. economy isn’t on the precipice of a recession. But that doesn’t take away from the importance of what was quickly dubbed Black Monday. China, which makes the world’s steel, electronics, and bobblehead dolls, has now demonstrated it can make a pretty serious market crisis, too.

China accounted for almost 40 percent of global growth last year. Its appetite for raw materials has undergirded economies from Australia to Brazil to South Africa, and its production capabilities have lowered prices of industrial machines and consumer goods everywhere money changes hands.

But it’s also kind of a mess.

Fueled by real estate and shadow banking, China’s debt quadrupled from 2007 to 2014, according to a McKinsey analysis. Its economic growth is slowing, pollution is awful, and a hawkish foreign policy is alienating neighbors. Investors were willing to ignore all that because of their faith in the technocratic excellence of China’s economic managers, but that faith has been destroyed by this year’s bungling of the stock and foreign exchange markets. “The main aims of China’s leader Xi Jinping are political and geostrategic, while his economic goals are contradictory,” Arthur Kroeber, founding partner and head of research at Gavekal Dragonomics, a Beijing research firm, wrote to clients on Aug. 25.

The way this meltdown occurred— first slowly and locally, then rapidly and globally—says a lot about the nature of the world economy and markets today. Many investors don’t trust stock valuations, which they think have been inflated by easy money from the central banks. The tripling of U.S. stock prices since their 2009 bottom had a lot of them ready to sell at the first sign of trouble. “We believe that this has been the most doubted, second guessed, and frankly hated stock market rally in history,” Brian Belski, chief investment strategist at BMO Capital Markets, wrote to clients the day of the tumble. When trouble emerged in the form of China, trend- following trading strategies kicked in, amplifying the plunge. Potential bargain hunters stood aside. “Prudence dictates waiting for a technical sign that the momentum has exhausted itself,” advised Marc Chandler, head of currency strategy at Brown Brothers Harriman.

In a genuinely globalized economy, excesses and imbalances in one corner of the world inevitably affect other countries. (The last example: the U.S. subprime mortgage bubble.) China is home to some of the biggest excesses, with vast over investment in everything from chemicals to apartments. In many ways, President Xi and Premier Li Keqiang were doing the right thing—trying to push the economy away from its addiction to exports, manufacturing, and construction and toward producing goods and services for consumers at home. They also vowed to give the free market a “decisive” role in setting prices and interest rates. But they couldn’t reconcile that with the Communist impulse to control the commanding heights of the economy and tamp down the natural volatility of capitalism.

The government’s first mistake was to encourage ordinary Chinese to invest in the casino-like Chinese stock market, thus pinning its prestige on the market’s rise. The Shanghai Composite index rose 152 percent this year through June 12.