How Do You Stop the Biggest Gas Leak Ever? 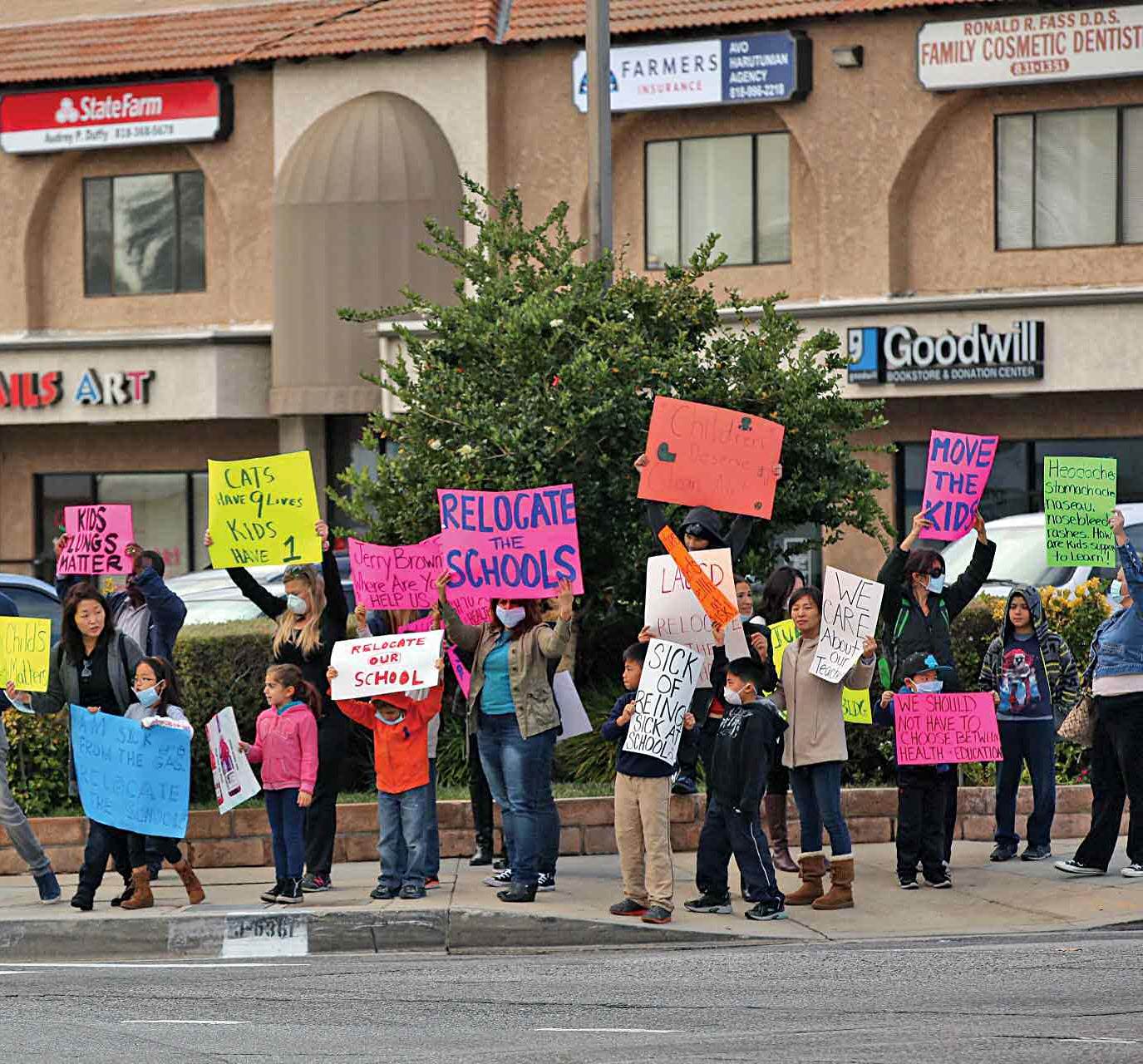 Steve Conley got the call early on Nov. 5. A natural gas storage well was leaking methane into the air at Aliso Canyon, near a Los Angeles suburb, and no one knew just how bad it was— could he get a read on it? Conley, an atmospheric scientist and a pilot, rushed to a small airport northeast of Sacramento. He’s flown more than 1,500 hours measuring emissions over oil and gas operations in one of his two single-engine Mooneys. Tubes mounted on each Mooney’s right wing suck air into two chemical analyzers stored in the luggage compartment. Soon, Conley was soaring south across California’s Central Valley.

The leak had been spewing for about two weeks. Southern California Gas Co., the subsidiary of Sempra Energy that owns the facility at Aliso Canyon, had tried and failed to kill it. The previous night, homeowners from the nearby neighborhood of Porter Ranch had gathered to rail about the rotten-egg smell taking over their community. Tim O’Connor, a lawyer at the Environmental Defense Fund (EDF), attended the meeting,and feared the leak could be big enough to threaten not only the local community but also the earth’s climate.

As the Mooney flew closer, O’Connor, who’d hired Conley, phoned Aliso’s on-site incident commander with a heads-up about the flight. The SoCalGas staffer refused to approve the flyby, O’Connor says. “They said that the events on the hill were too dangerous and any additional distraction at that time could create an unsafe condition.” This didn’t make immediate sense to O’Connor. Conley wanted to fly a mile downwind of the leak to measure its plume, not directly overhead, and the whole area bordered the flight path of a nearby airport—planes in the distance were a common sight. Nevertheless, O’Connor gave SoCalGas the benefit of the doubt. Conley was a few miles out when O’Connor texted, instructing him to turn around. SoCalGas stands by its reasoning.

Two days later, Conley again flew to Aliso, this time on the state’s dime. Conley started flying back and forth downwind of the site, taking measurements and gaining elevation with each pass. As data populated his screen, he recalls thinking, “What the hell is that?” The levels appeared to be at least 15 times greater than he’d ever observed. Equipment malfunction? The second analyzer showed the same readout. “This isn’t an error,” he concluded. After 17 laps, he reached the top of the plume and headed home.

Based on Conley’s readings, the state would estimate that in less than a month, Aliso had released more than 68 million pounds of methane. Since then, it’s leaked 132 million pounds more, the state says, based on Conley’s subsequent flights. That makes Aliso potentially the largest-ever single release of methane into the atmosphere—at least, the largest ever recorded. Even as the U.S. pledges to reduce greenhouse gas emissions, methane leaks large and small are going unaddressed.

Roughly 95 percent of the natural gas that fuels stovetops and power plants is methane. Scientists take pains to observe it because, while it doesn’t last in the atmosphere as long as carbon dioxide, it’s a far more potent greenhouse gas while it’s there. Methane burns quite cleanly compared with coal, but when it escapes into the air, it has 84 times the global warming impact as carbon dioxide over 20 years.

When methane leaks, it’s not obvious like an oil spill. Methane’s invisible and, for most of its supply chain, has no odor. That helps explain why there’s been such a gap in public awareness of what a growing body of research has found: There are pervasive, daily methane leaks across the country’s energy infrastructure that far outstrip federal estimates. And the bulk of releases come from “super emitters,” which range from persistently malfunctioning valves to one-time events. 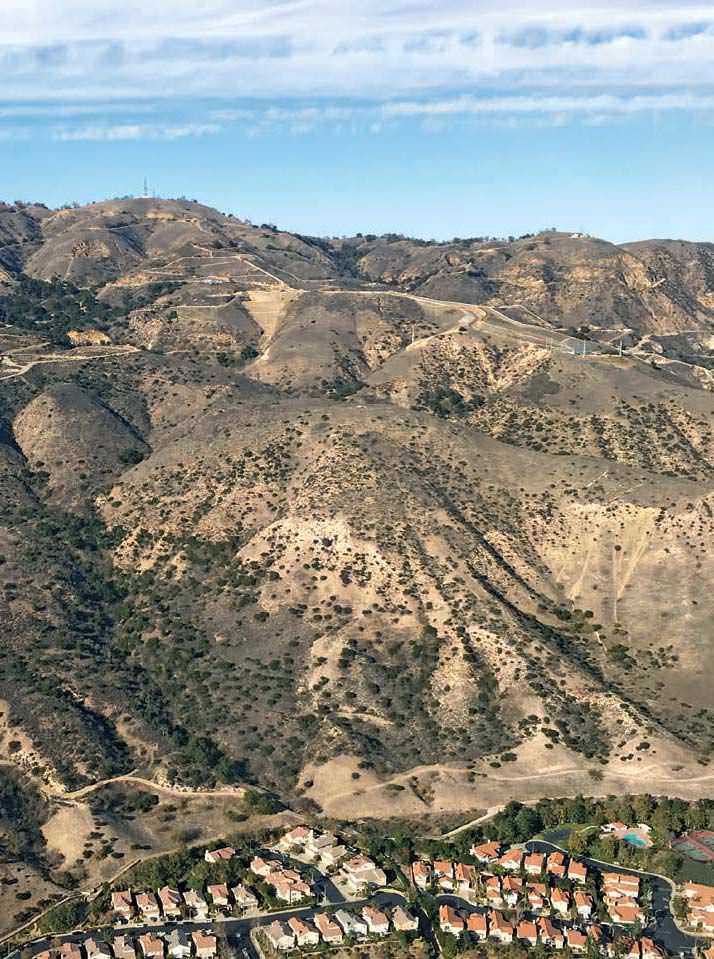 Aliso’s drawn attention to methane like no other emission. It’s releasing in an urban area, the one part of the supply chain where methane’s mixed with sulfurous chemicals so leaks can be detected by smell. And researchers and activists have made the leak’s massive plume a must-see. On Dec. 20, EDF released the first infrared aerial footage of the Aliso leak. The video, taken by O’Connor and a colleague in a rented Cessna, shows a haunting black cloud streaming endlessly from the hillside. Viewed more than 1.3 million times on YouTube, the viral image shows the threat that has led thousands of Angelenos to leave their homes. It also exposes a major challenge to the climate benefits of the country’s shift from coal to gas. SoCalGas has vowed to mitigate the greenhouse impacts from Aliso, though it hasn’t specified how—or how much it will cost.

Before there were 30,000 residents living on pleasant streets like Via Botticelli and Vista Grande Way, Porter Ranch was just the scrubby foothills of the Santa Susana mountains, which run along the northern edge of the San Fernando Valley. In the late 1930s, an oil company owned by J. Paul Getty started drilling for crude among the ridges. Wells there produced for decades before depleting the reserves.