Are Lawers Getting Dumber? 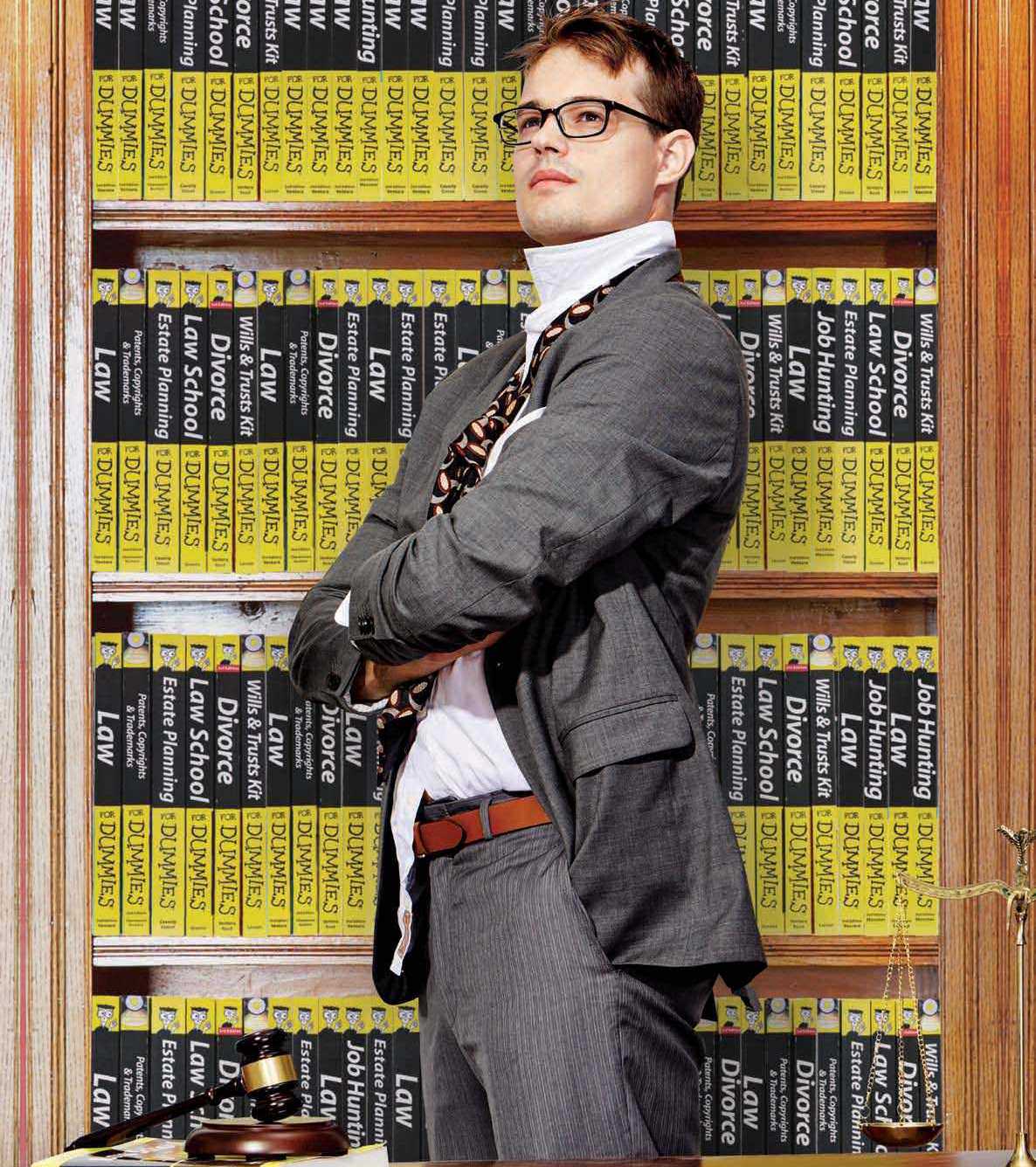 Yes, says the woman who runs the bar exam.

Last August, the tens of thousands of answer sheets from the bar exam started to stream into the National Conference of Bar Examiners. The initial results were so glaringly bad that staffers raced to tell their boss, Erica Moeser. In most states, the exam spans two days: The first is devoted to six hours of writing, and the second day brings six hours of multiple-choice questions. The NCBE, a nonprofit in Madison, Wisc., creates and scores the multiple-choice part of the test, administered in every state but Louisiana. Those two days of bubble- filling and essay- scribbling are extremely stressful. For people who just spent three years studying the intricacies of the law, with the expectation that their $120,000 in tuition would translate into a bright white- collar future, failure can wreak emotional carnage. It can cost more than $800 to take the exam, and bombing the first time can mean losing a law firm job.

When he saw the abysmal returns, Mark Albanese, director of testing and research at the NCBE, scrambled to check his staff’s work. Once he and Moeser were confident the test had been fairly scored, they began reporting the numbers to state officials, who released their results to the public over the course of several weeks.

In Idaho, bar pass rates dropped 15 percentage points, from 80 percent to 65 percent. In Delaware, Iowa, Minnesota, Oregon, Tennessee, and Texas, scores dropped 9 percentage points or more. By the time all the states published their numbers, it was clear that the July exam had been a disaster everywhere. Scores on the multiple-choice part of the test registered their largest single-year drop in the four-decade history of the test.

“It was tremendously embarrassing,” says Matt Aksamit, a graduate of Creighton University School of Law, who failed Nebraska’s July bar exam last year. “I think a lot of people can relate to what it’s like to work hard for something and fall short of what you want.” (Aksamit took it again in February and passed.)

Panic swept the bottom half of American law schools, all of which are ranked partly on the basis of their ability to get their graduates into the profession. Moeser sent a letter to law school deans. She outlined future changes to the exam and how to prepare for them. Then she made a hard turn to the July exam. “The group that sat in July 2014 was less able than the group that sat in July 2013,” she wrote. It’s not us, Moeser was essentially saying. It’s you.

“Her response was the height of arrogance,” says Nick Allard, the dean of Brooklyn Law School. “That statement was so demonstrably false, so corrosive.” Allard wrote to Moeser in November, demanding that she apologize to law grads, calling her letter “offensive” and saying that the test and her views on the people who took it were “matters of national concern.” Two weeks later, a group of 79 deans, mostly from bottom-tier schools, sent a letter asking for an investigation to determine “the integrity and fairness of the July 2014 exam.”

Moeser wasn’t swayed. She responded in December, saying she regretted offending people by characterizing the students as “less able”—but maintained that they were relatively bad at taking the exam. In January, Stephen Ferruolo, the dean of the University of San Diego School of Law, asked Moeser to explain how the NCBE scored the test. Moeser rebuffed him, instead inviting Ferruolo to consider the decline in his students’ Law School Admission Test scores in recent years, which, she wrote, “mark the beginning of a slide that has continued.” The implication: Ferruolo and the rest of the people running law schools not named Stanford or Harvard should get used to higher fail rates.

This year’s results, which will start coming out in September, may be the most critical in the exam’s history. Lawyers and those who hope to join their ranks will soon know if last year was an aberration or a symptom of a worsening problem. Critics of the bar exam say the test is broken, while Moeser maintains the reason so many students are failing is that they are less prepared. “You can squawk loud and long about what’s happening,” Moeser says, “but you’ve got to look at who your student body is.”

Whether or not the profession is in crisis—a perennial lament—there’s no question that American legal education is in the midst of an unprecedented slump. In 2015 fewer people applied to law school than at any point in the last 30 years. Law schools are seeing enrollments plummet and have tried to keep their campuses alive by admitting students with worse credentials. That may force some law firms and consumers to rely on lawyers of a lower caliber, industry watchers say, but the fight will ultimately be most painful for the middling students, who are promised a shot at a legal career but in reality face long odds of becoming lawyers.