An American Pig in the Philippines 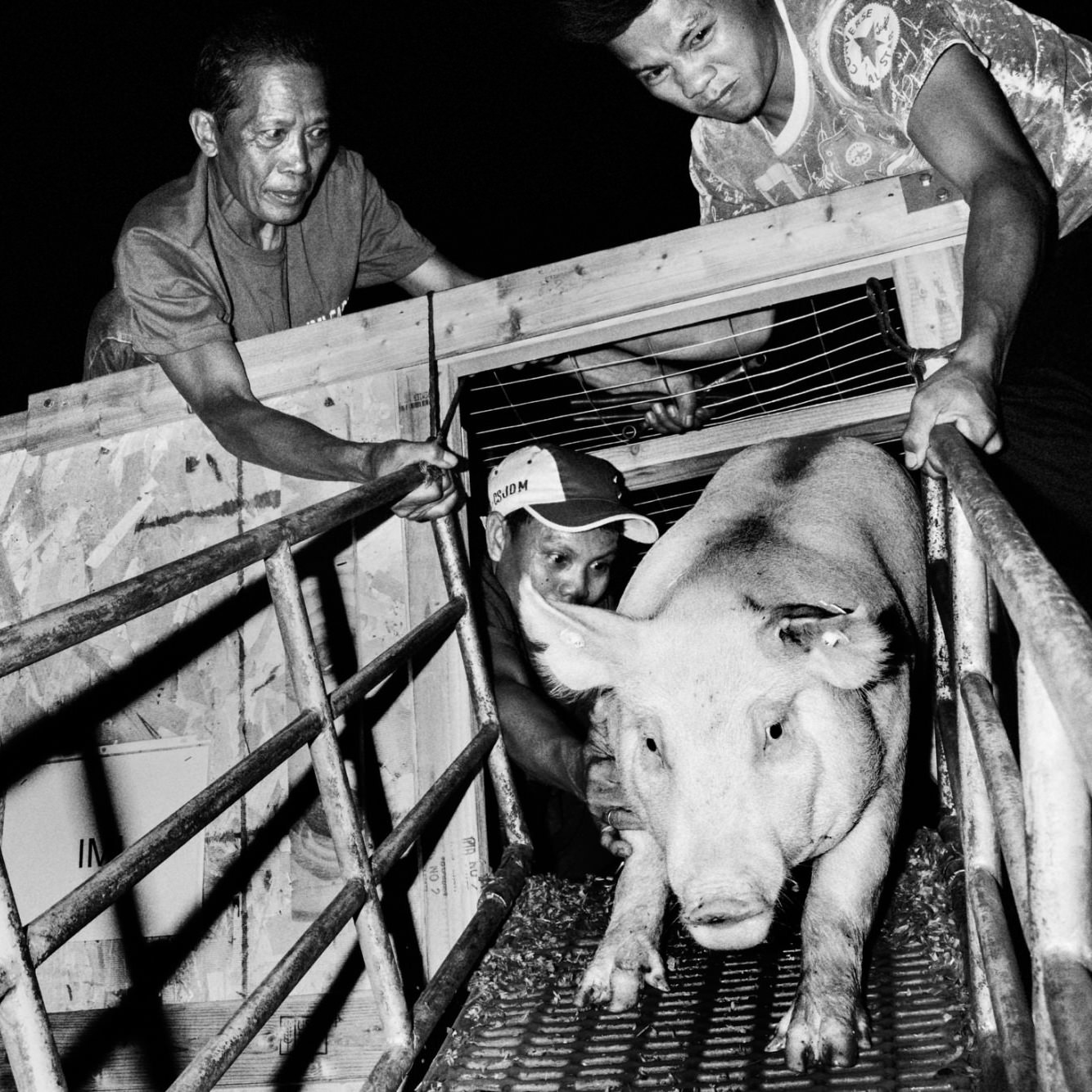 To meet Asian demand, the U.S is sending in its best best porcine DNA.

Three hundred thirteen-five is a beauty and sure to have beautiful babes, too. Born on March 30, the fifth piglet in litter 313, she’s an elite sow, bred to produce several generations of breeding pigs that will ultimately produce delicious piglets—a lot of them. She’s a Yorkshire, a breed known for strong maternal traits, such as the size of their litters, the birth weight of their piglets, and a relatively short interval between litters. The best ones grow up fast and also produce lean meat.

Even among Yorkshires, though, 313-5 comes from exceptional stock. Her father, a boar with the romantic name BTI4 the Unit 30-6, was ranked, as of Dec. 15, sixth in the U.S. among Yorkshires on the “sow productivity index,” a measure of maternal traits, and fourth on the “maternal line index,” which combines maternal traits with edible traits, such as stores of back fat and muscle. Her mother is a descendant of the late Wisconsin Steel, the champion boar at the 2009 Wisconsin State Fair; the name is a play on the relatively cheap price, $2,500, paid for the boar—a “steal” for such a productive stud. In short, 313-5, her children, and even her grandchildren will be bred to breed and enhance a widening gene pool. Her great-grandchildren, though, will be raised for slaughter. And though she doesn’t know it yet, she’s going global. She’s headed to the Philippines.

One evening in May, several men weighing 313-5’s fate gather in a conference room in rural Albion, Ind., for a sales presentation on a “customizable approach to genetic improvement.” The room is in the basement of Whiteshire Hamroc, a 20-year-old company that specializes in swine genetics, the porcine equivalent of rose breeders crossing hybrids to yield a singular flower. A map of China adorns one wall, and framed aerial photographs of Whiteshire Hamroc’s farm hang on the others.

Mark Brubaker, an applied geneticist, works through a PowerPoint presentation that rates the farm’s pigs with statistical precision—feed-conversion ratio, estimated breeding value, terminal sire index. He boasts that the data paint a picture of “pounds of pork through a system,” and “how efficient that system is.” But don’t get the wrong idea. These are animals, not pounds of pork, adds Scott Lawrence, director of domestic sales and marketing. “Our philosophy is: How can we advocate for the pigs?”

Edwin Chen listens attentively, interrupting occasionally to parse the data. “The yield is with the head on or the head off?” he asks. (Head on.)

Chen is a slight 55-year-old with neatly parted black hair and wire-rim glasses. As president of Hypig Genetics, he oversees a 6,000-sow operation on several farms in the Philippine countryside. He wants to triple that number, in part by buying thoroughbred pigs from the U.S., where he says swine genetics is decades ahead of that in the Philippines. Chen says his family’s desire to expand quickly is based on potential as much as current demand. The gross domestic product per capita in the Philippines is about $2,900 a year. When it reaches $5,000, Chen predicts, demand for meat will explode.

“We have to get ready,” he says. Chen has come to Albion as TonyClayton’s guest. Clayton, the president and owner of Clayton Agri-Marketing, is a paunchy 55-year-old in jeans and a blue, short-sleeved button-down shirt with his company’s name on the breast pocket. He ships breeding livestock around the world, a business that’s booming because of growing demand for meat and milk in the developing world. Clayton converts pounds to kilograms for Chen and remarks on the value of different metrics for measuring the worth of a particular pig. After a lunch of cold cuts (including ham), chips, and cookies, Clayton and Chen climb into biohazard suits and bootees and enter a barnyard showroom. Standing behind a glass partition overlooking a livestock pen, they critique one group of pigs after another as the animals trundle in for inspection.

“I like a pig that when you walk in the room, it’s like, ‘Brrrr!’ ” Clayton says, using a shorthand to recommend frisky pigs, part of a running commentary. “I don’t like a deadheaded pig. I like a big, athletic pig.”

Chen, snapping a few pictures, doesn’t say much. At one point, he asks to see pigs with broader shoulders. Those tend to be meatier. Admiring a group of rust-colored gilts, the term for young females, he says, “Good vulva size.”

At the end of his tour of Whiteshire Hamroc, however, Chen doesn’t buy any pigs. “You don’t just buy animals,” he says. “You buy genetic progress.” 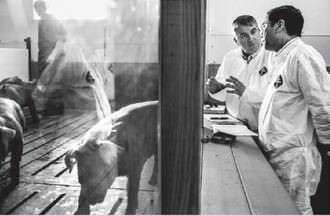