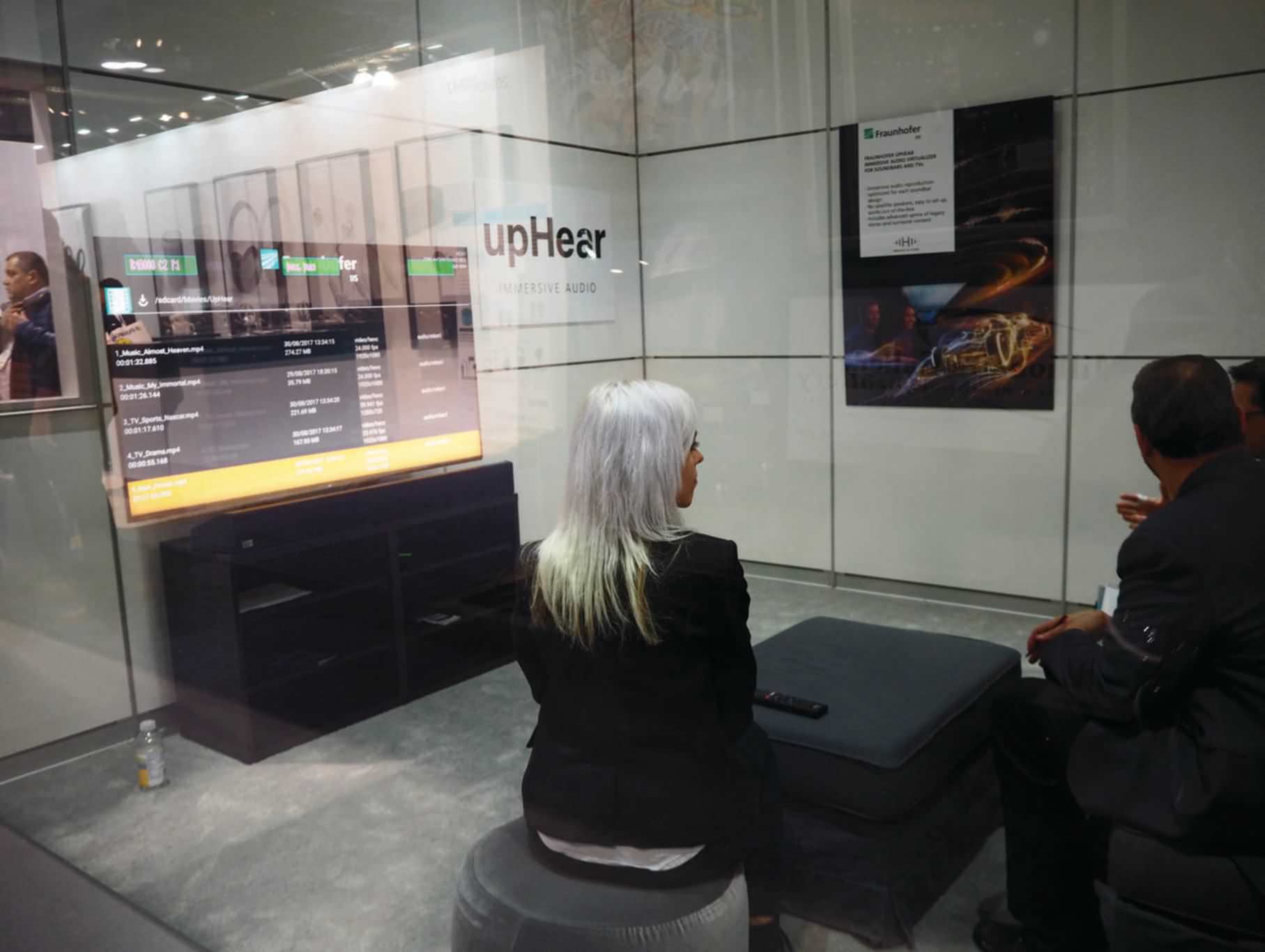 Imagine watching a crime drama on TV. The detective interrogates a suspect as suspense-filled music plays in the background. The back-and-forth dialog, however, is hard to understand because of the music’s volume. A similar dilemma happens while watching a live sports broadcast, where the commentary drowns out the stadium atmosphere. TV stations have to deal with issues like these all the time. They have to find a compromise in the audio mix that suits a diverse audience. What would change the game is enabling viewers to change the audio playback to their own preferences.

The MPEG-H TV Audio System, substantially developed by Fraunhofer IIS, is designed to offer new interactive options for the viewer as well as deliver immersive 3D sound. The format is integrated in the ATSC 3.0 and DVB television standards. It has been on air in South Korea since May 2017 as part of the world’s first regular terrestrial UHDTV service. MPEG-H, however, is not only a new audio codec, but a complete system—from the microphone to the loudspeaker— and opens up new options for creatives as well as new sound dimensions for viewers.

MPEG-H offers three dimensions of efficient audio transmission: channels, objects, and ambisonics. Channel-based audio ensures, among other things, that all conventional content can be broadcast using MPEG-H . Additionally, the capabilities of channel-based audio are enhanced by the introduction of height channels, enabling the playback of true 3D immersive sound. For usage in ATSC 3.0 and DVB, the number of available loudspeaker channels in the MPEG-H TV Audio System is limited to 12. That way, common formats such as 5.1+4 and 7.1+4 are possible. For the Japanese market, the MPEG standard allows for a variant that supports the 22.2 system proposed in Japan.

The second dimension is audio objects, which include interactive elements or dynamic sound effects, such as a helicopter flying “above” the viewers. Objects are not tied to a specific playback setup, but are defined via their positions in the room. Supplementary metadata, which describe the characteristics of each object, are also transmitted inside the bitstream. With the help of such metadata, the object is reproduced over the loudspeakers in the playback setup. Another advantage of audio objects is their ability to be manipulated by the viewer within boundaries defined by the content providers. For example, a viewer can switch between different languages or choose from several commentators for sports broadcasts.