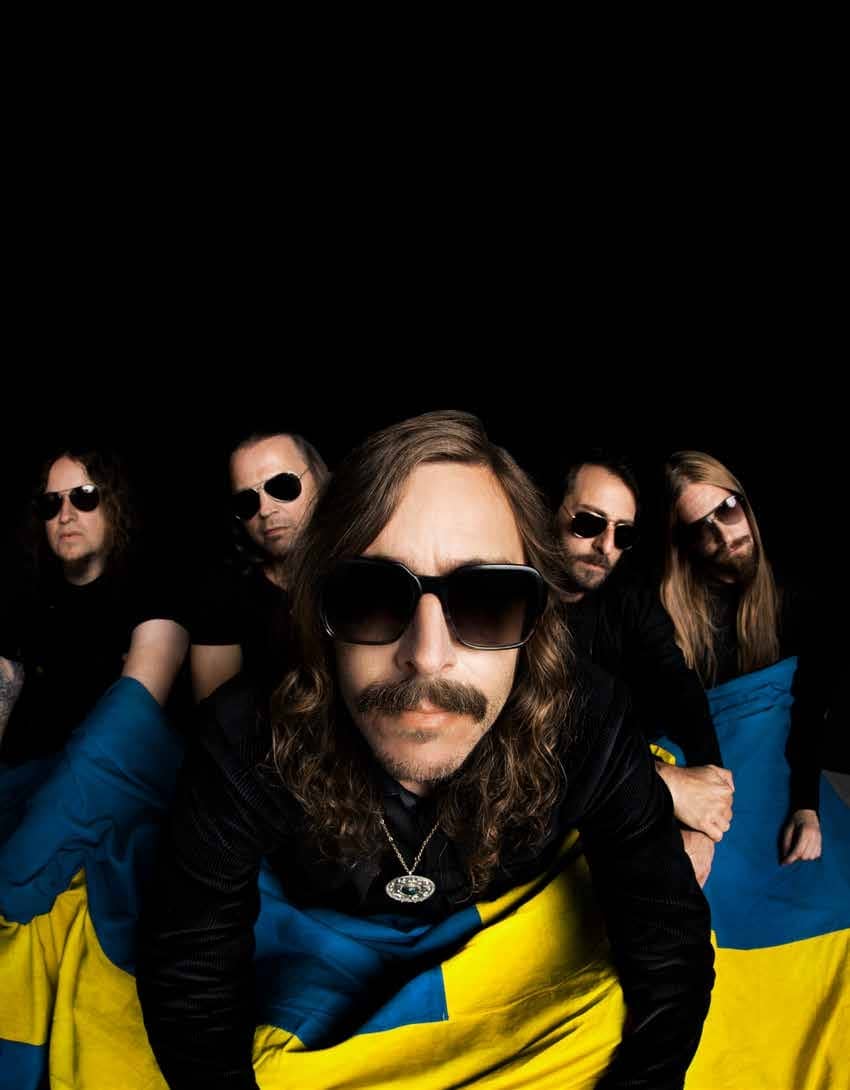 There aren't many bands out there, especially in the headbanger-blustered pits of metal, that have courted more musical controversy than Opeth.

With the release of their 2011 album Heritage, they abandoned the death metal-driven prog leanings that proved wildly successful, and reoriented their sound to appeal to more experimental ears. In collaboration with Steven Wilson of Porcupine Tree fame, Opeth risked enraging loyal fans who liked their growls intact. These Swedish prog-players peppered their pre-Heritage pieces with folk/blues/jazz inspired riffage and paired their Satan-pleasing growls with achingly eloquent ballads. But the decisive shift into plaintive, pastoral, almost mystical soundcraft was a hard pill to swallow for those that would swear by the devil-raising drum solo that closed Deliverance.

Primarily fuelled by the creative fumes of vocalist-guitarist Mikael Akerfeldt, Opeth has always exhibited a rare grace in their melodic filings. Always adept at eliciting the guttural roar, Akerfeldt has also charmed listeners by offering nothing less than enchantment with clean vocals. This vocal changeling made almost schizophrenic shifts from tremor inducing bellows to luminous melodies that would enchant a siren in the sea.

When crafting sounds in the death/progressive metal tradition, Akerfeldt and his cohorts knit stories into a tapestry of unexpected sounds. Often, a gentle yet precise piano wanders into the midst of battle-worthy chaos. A seductive acoustic intro that speaks of wistful memories and feather-whisper introspection leads into barrelling death metal. Quiet humming saunters into a massive onslaught of dissonant harmony - all while meandering around disarmingly upbeat vocal harmonies. You wouldn’t expect it, but a touch of funk will appear to lead the gothic-and-giddy carnivalesque into Stevie Wonder-style polyphony.

With the recently released In Cauda Venenum, the progmen have ventured into orchestral exuberance. In line with Akerfeldt’s definition of metal “"aggression, rawness, honesty, rebellious…", it is as metal as one gets. Shredded with vaulting gothic ominosity that wouldn’t seem out of place in a Gregorian-style mass (in a particularly progressive church, of course), it is soaked through with a mix of obscure, early-70s breathy prog modalities.

It is impossible not to be particularly charmed by the urgency and melodic conviction of Dignity. The Garroter is plush with an irreverent brand of jazz, yet manages to remain sombre and suspenseful. The album is rife with the surprising camaraderie of otherwise contrary elements - the dreamy patches of Lovelorn Crime resides in perfect unity with the dragon-taming awe of Next of Kin.

Now heading back to India to headline NH7 Weekender’s Pune chapter, the band has set plenty of fire and brimstone (the good kind) amidst fans who will, no doubt, expect to surrender their souls to pieces from Ghost Reveries and Pale Communion alike. While we can’t reveal much about what these ever-morphing prog-titans will dole out to delight their audience, we did get to steal some time from guitarist Fredrik Akesson so that he could nudge The Score Magazine with a dash of pre-gig intrigue.

With every new album and more songs in your oeuvre, how do you choose what to include in your setlist with every tour?

MORE STORIES FROM THE SCORE MAGAZINEView All