The Hunt For Lewis, Indie Rock's Most Elusive Antihero 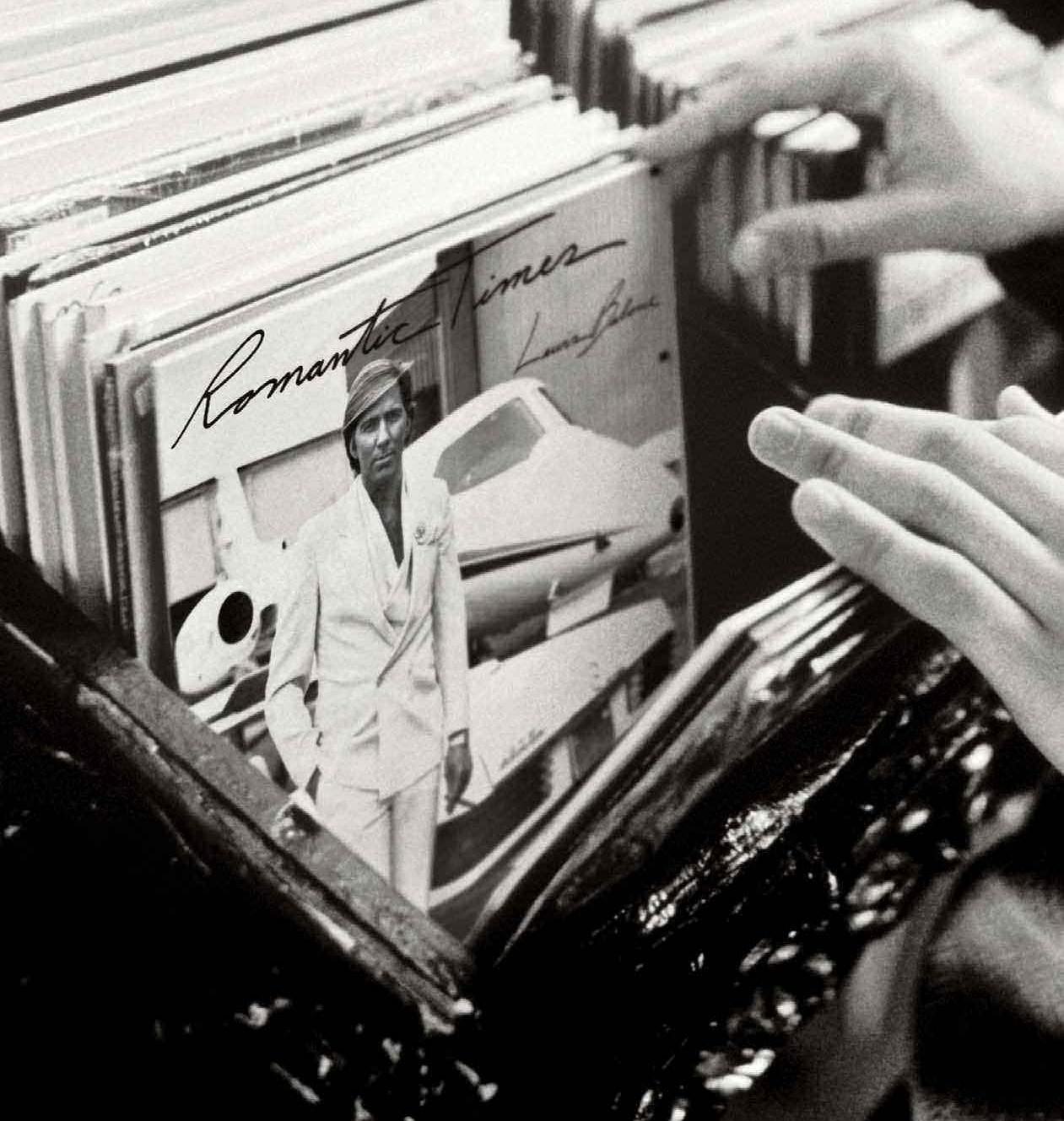 Randall Wulff, a.k.a. Lewis, made a fortune on Wall Street, partied with models and musicians, and recorded one of the most beguiling albums of the 1980s. Then he vanished.

THE VOICE ON THE TRACK IS MOURNFUL. THE LYRICS ARE MUMBLED and hard to make out, but it’s easy to recognize the feeling. The name of the song, “I Thought the World of You,” says it all. This is the sound of a pain that cannot be reconciled. The singer is looking back on another life, deeply sad, piecing together how it all went wrong.

He called himself Lewis. People clearly remembered the man who’d booked the Music Lab Studios in Los Angeles one afternoon in 1983, laid down 10 tracks over the course of a few days, and then vanished without a trace. They agreed on a few particulars: He was tall and good-looking, his thick blond hair parted neatly on the left. He had a beautiful girlfriend. He drove a white Mercedes-Benz convertible and wore suits to match. He claimed he was staying at the Beverly Wilshire hotel, after losing his house to a mudslide.

In between sessions, Lewis hired a photographer to shoot an album cover. A few days later, he sent the master recordings to a pressing plant and ordered an unknown number of copies, even arranging for a cover sticker proclaiming “This Album Contains the Hit Single ‘Romance for Two,’ Inspired by Christie Brinkley.” As in the supermodel Christie Brinkley. But the album never went anywhere. It’s unclear whether copies ever made it to record stores at all.

That was the last anyone saw of Lewis. Soon the check to photographer Edward Colver bounced. By the time he arrived at the Wilshire to track down the singer, Lewis had already checked out. There were forwarding addresses in Las Vegas and Hawaii, but they were both dead ends. Lewis was gone, and his debut album soon forgotten.

L’Amour is 10 songs of romance, heartbreak, and nostalgia, each sung at barely a whisper. The music consists of just a low piano, a plaintive synthesizer, distant and otherworldly, and a jaunty acoustic guitar—all of it rendered at a meandering pace that signals a man lost in the world. One detects faint echoes of Roxy Music in the keyboards, maybe some Nick Drake or Nina Simone in the vocals. But for the most part, L’Amour is thoroughly original. And it went utterly unknown for nearly 25 years after Lewis hopped in his white convertible and sped out of town.

WHEN RECORD COLLECTOR Jon Murphy discovered L’Amour in an Edmonton, Alberta, flea market in 2007, he wasn’t sure what he was picking up.

“It was a real hardscrabble flea market,” Murphy says. “The cover of the Lewis record looked great right away, and all the songs were original. And it had that funny sticker on the front, so I bought it.” He paid a dollar.

Murphy immediately realized he had come across something truly unique. He shared it with a group of private-press enthusiasts online, and they too were taken with the album’s weird mix of electronic music and acoustic warbling, which predated anything even remotely similar (think of James Blake, M. Ward, and Antony Hegarty) by more than a decade, at which point home recording became increasingly viable for unsigned musicians. Still more intriguing was the mystery surrounding the record. Who was Lewis? The question presented a beguiling challenge for the loose-knit subculture of music fans who dedicate themselves to tracking down forgotten artists. Jack Fleischer, a writer and filmmaker living in Los Angeles, was turned on to the album by a friend and blogged about it, writing that it was “soaked in some kind of weightless transcendence and spooky subterfuge, and it just totally destroys me.”

For the past decade, Fleischer had been collecting and selling rare records, rediscovering lost artists along the way. “I freaked when I heard the album,” Fleischer says. “It was the best thing I’d heard all year.” He posted the tracks on his blog, hoping to shake loose some leads or maybe persuade Lewis to step forward. But nobody seemed to have the slightest idea where the record had come from.

Fleischer was eventually contacted by Matt Sullivan, owner of the record label Light in the Attic, who was interested in reissuing L’Amour.

There was one big obstacle, of course: They needed Lewis’ permission. So in the fall of 2012, Sullivan and Fleischer set out to find the artist. Their first clue was a name on the back of the album—Colver, the photographer who shot the jacket portrait.

He was happy to help. “We asked him if he had any contact info for Lewis,” Fleischer recalls, “and sure enough, he finds the folder with the negatives. And the name was Randall Wulff. And now we had 30 photos of this guy, when for years we only had one!”

Even so, locating Wulff proved difficult. “Within a few months, we were right back where we started,” Fleischer says. And then it struck them: If the album was found in Edmonton, maybe Lewis was Canadian. They sent e-mails to every Wulff in Canada. Jeremy Wulff, a chemistry professor at the University of Victoria, wrote back. Randy Wulff was his uncle.