The Big Story-Out For Blood 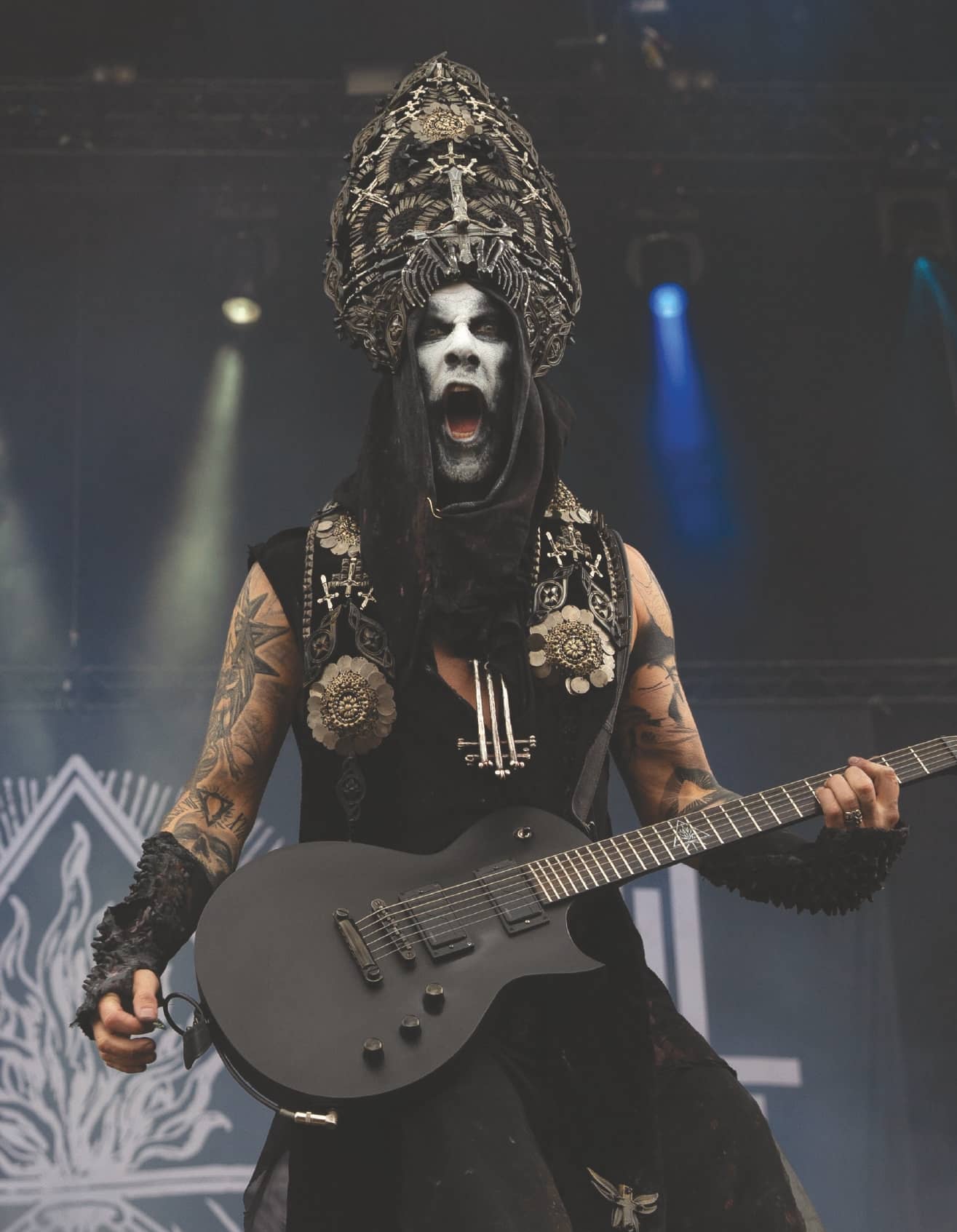 How do you celebrate your 20th anniversary as a festival? If you’re BLOODSTOCK, you announce two legendary bands – BEHEMOTH and JUDAS PRIEST – to headline, of course. Brace yourselves…

Bloodstock has become an essential event in heavy music’s summertime calendar, welcoming up to 18,000 people to Derbyshire each August. The festival has grown from a single-day indoor assembly in 2001 into a three-day extravaganza, and next year’s 20th anniversary promises to be the biggest yet.

Behemoth and Judas Priest have just been confirmed as headliners, alongside Devin Townsend, joining recently announced acts Philip H. Anselmo & The Illegals (doing A Vulgar Display Of Pantera set), Paradise Lost (performing Draconian Times in full), Diamond Head, and Life of Agony on the line-up. As the festival has grown, so too have the bands that perform there, with both Behemoth and Priest returning to headline for the second time. The festival extended the honour following Priest’s unforgettable Friday night set in 2018, and Behemoth’s first appearance as headliners back in 2012.

“Bloodstock was actually one of the very first well-established festivals that would give us credit and put us on as a headliner,” enthuses Behemoth’s Nergal. “We felt very honoured, and that night was amazing.” Next year marks a special milestone for Judas Priest, too, who will be celebrating a landmark 50th year as a band. With that in mind, then, Nergal and Priest’s Richie Faulkner prepare themselves for a big year…

How excited are you to headline Bloodstock next year, guys?

NERGAL, BEHEMOTH (VOCALS/ GUITAR): “The UK has always been very generous to Behemoth, and now Bloodstock is in a different place from the Bloodstock I knew from a few years back. It’s a bigger festival, and Behemoth’s position is growing. It feels like we truly earned that. It feels amazing. Absolutely.”

RICHIE FAULKNER, JUDAS PRIEST (GUITAR): “It’s the perfect event for Priest. For one of the premiere British heavy metal bands of all time, in my opinion, to be headlining the 20th anniversary of Bloodstock is quite something. It’s really come of age, and it’s Priest’s 50th anniversary as well – it’s a real homecoming. We’re really stoked.”

What does it say about Behemoth and Judas Priest that you’ve both been asked to return as headliners?

NERGAL: “It shows that we’re still very hungry. We didn’t settle down. We didn’t get too comfortable, and we’re aiming for higher goals. I don’t want to announce the details, but you can expect the biggest Behemoth production ever. We’re coming with something extra that’s going to make this stand out from everything we’ve done in the past. Get ready for something absolutely monumental.”

RICHIE: “Judas Priest is like a British institution, along with Black Sabbath and Iron Maiden and Motörhead, Deep Purple and countless others. This is a real affirmation – for Priest, for heavy metal, and for British heavy metal. It links all that history together and sends a big message to the world. British heavy metal is alive and well, in the bands and the festivals and in the culture of music that put it on.”

What do you remember from performing at Bloodstock in the past?