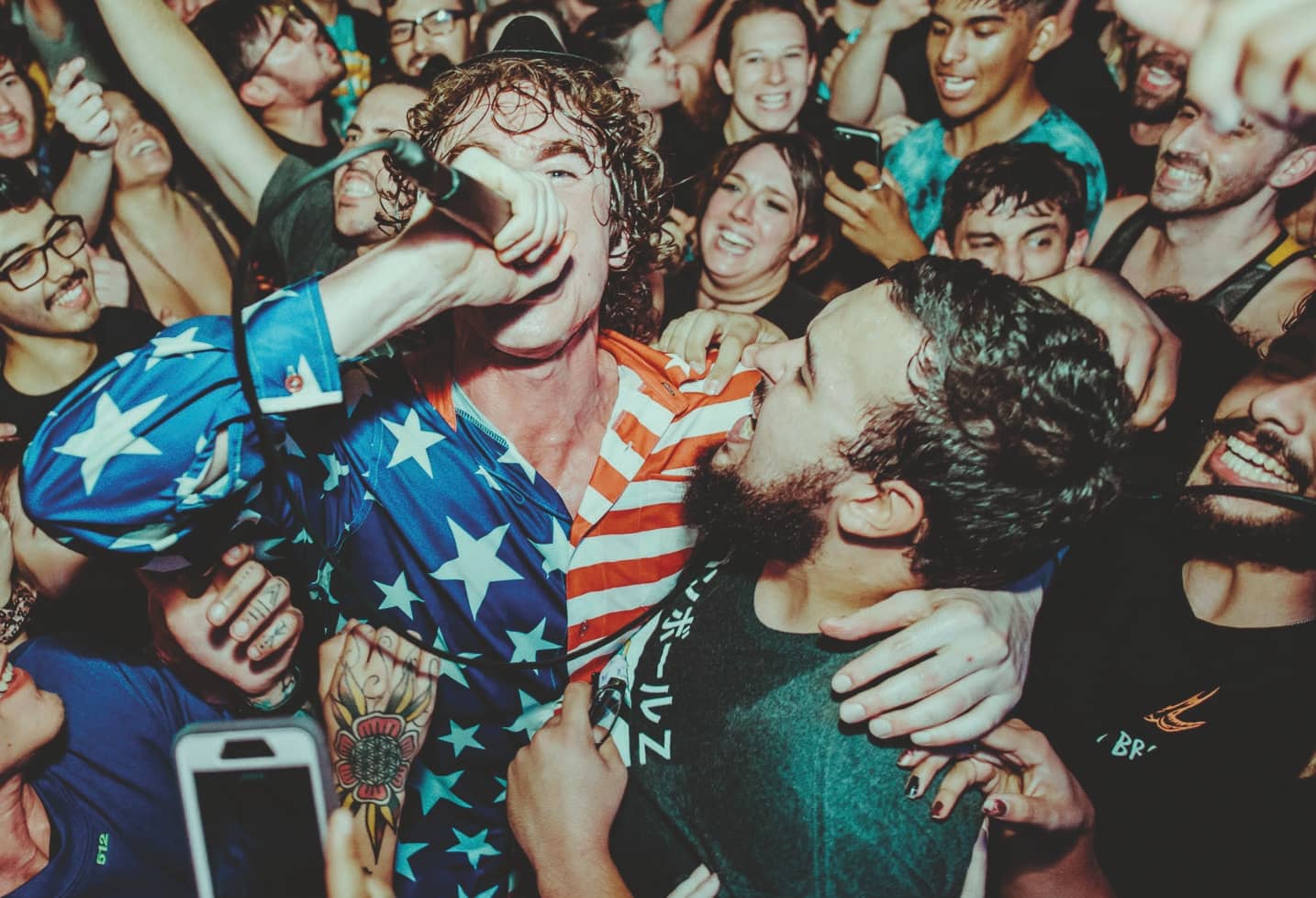 They’ve broken through to the big time on home turf, but that’s just the first step towards world domination for DON BROCO. As a rapturously received first U.S. headline run comes to its close, frontman ROB DAMIANI gives us a picture-postcard recap of horizons expanding with each passing show...

Don Broco have always been regarded as a uniquely British proposition. It’s in their disarming frankness, their brilliantly dry humour, their defiant everyman attitude. Even as their music has grown from humble alt. roots into the outrageous pop/ rock/electro blend that’s elevated them from club stages to headline status at next year’s Slam Dunk festival, the Bedford quintet have always been seen as one of our own.

Superstardom beckons, though. With the release of 2018’s Technology, they established themselves as one of the major players in modern rock, pulling new fans aboard with irresistible gravitational force. The past 12 months have seen them headline at Wembley Arena; the next 12 take them to the top of the Slam Dunk festival billing. Now, add to that list of achievements a first ever North America headline tour – a scrapbook-worthy landmark in any British band’s career. Their 24-date trek began in Boston on September 12 and concluded on October 13 in Montreal; a predictably raucous affair, with almost every date either sold-out or upgraded due to unprecedented demand.

“There was something special about this run,” frontman Rob Damiani reflects, still in the effervescent afterglow, as we catch up not long after he’s stepped off the plane home. “It was definitely a new experience. We have really grafted away, tooth and claw, over the last decade in the UK to get where we are. Most of our fans in the UK have probably met us at some point. They know who we are. But in America I guess there’s almost this naivety where we’re this brand new thing. They’re excited to see the show for the first time. Sure, there were various people who’d seen us on support tours and at Warped Tour, but every time I asked if there were people who had seen us before, it was surprising to see how many people hadn’t. Meeting fans after the shows, it was amazing how many hadn’t heard us until six or seven months before.”

Opening the band’s cherished on-tour photo album, Rob takes us through his favourite memories from that past month’s exploits…

Eat your heart out

“It might sound weird, but one thing I’ll always associate with this tour is ramen! This being our time in the States, we’ve kinda gotten over the fact that America is the king of fast food. We were eating so much pizza and burgers and barbecue and anything we could get our greasy chops around these last few tours. Off tour, we’re a pretty healthy band. On the road, we were just killing ourselves. This felt like the first time we weren’t eating terribly every day, and that revolved around going for ramen. It became like a family meal where all the band and crew would head out together. I think the best we had was in Vancouver in this little family-run place sandwiched between a posh Starbucks and another coffee shop. The pizza pictured here (picture 1) is from a place called Artichoke Pizza in New York. It’s made with this artichoke sauce. It’s hard to describe, but it’s a taste sensation!” 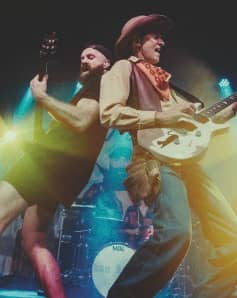