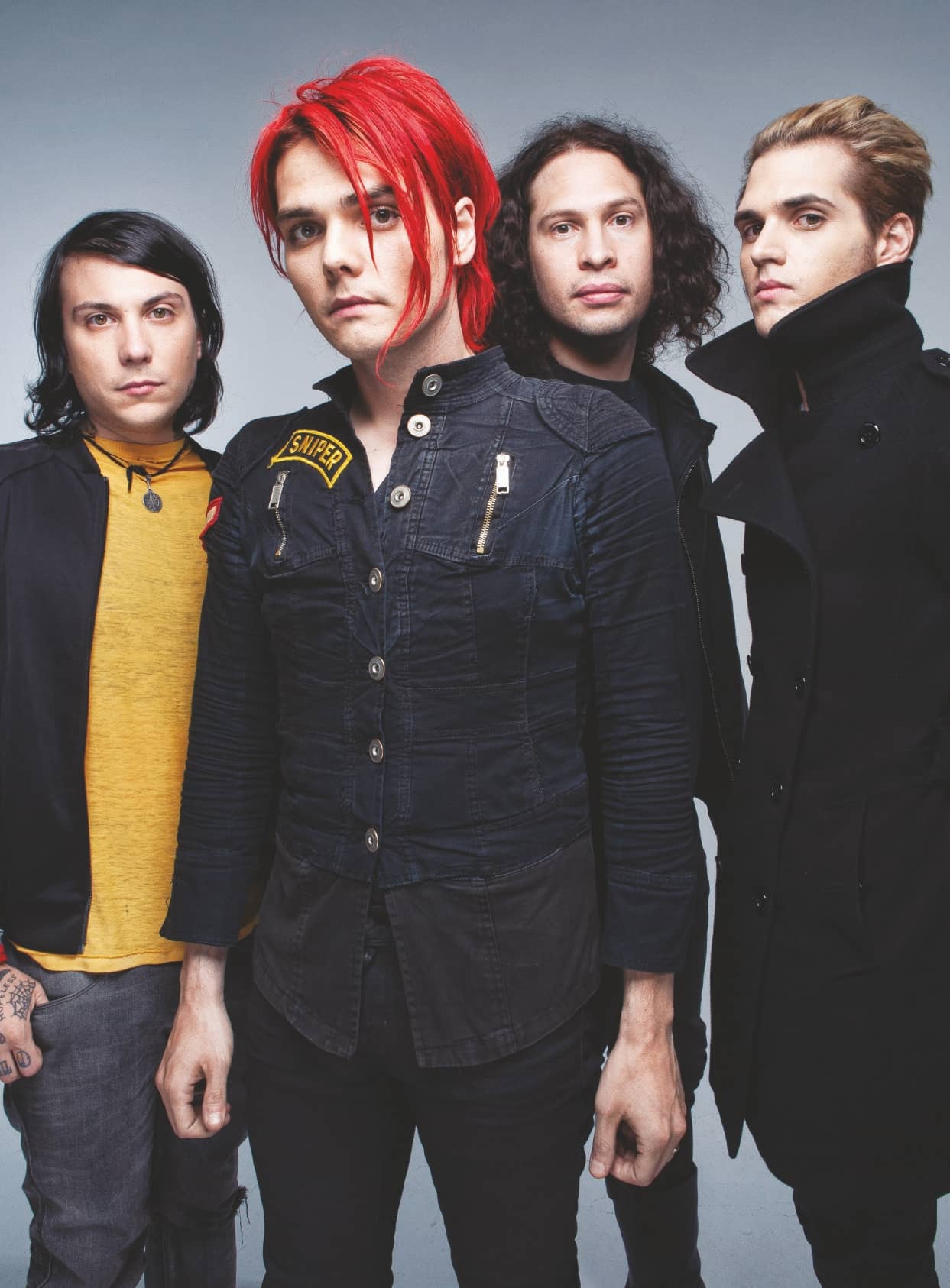 Six-and-a-half years after MY CHEMICAL ROMANCE stunned the world and called time on their inimitable career, the New Jersey quartet have announced a comeback show. Killjoys, make some noise…

“When it’s time, we stop.” Those words were just five of around 2,200 that My Chemical Romance frontman Gerard Way had penned in an emotional statement on March 25, 2013, just two days after the New Jersey emo heroes revealed that they were breaking up.

Now, some six-and-a-half years after the members of My Chem parted ways to focus on their own individual projects, the band is reuniting for one of the most highly-anticipated comebacks of all time. The band – completed by Mikey Way, Frank Iero and Ray Toro – will be joining forces once more for their first live show since 2012, taking on the Shrine in Los Angeles on December 20, 2019.

News of the surprise gig slowly started trickling through on Halloween (naturally) last week, as My Chemical Romance began a thrilling hour-long online teaser campaign, sending the internet into meltdown. At around 6 pm GMT on Thursday, October 31, the band changed their social media icons to a mysterious black logo with a white candle on, with thousands of fans instantly reacting excitedly but also somewhat cautiously; back in 2016, the band had caused a similar wave of reunion excitement with a cryptic teaser video, only to hastily have to announce that there would be no comeback – only a 10th anniversary release for their world-conquering third album, The Black Parade. The MCRmy were understandably hesitant about getting their hopes up again.

What followed this time, though, was something else entirely. The quartet had also set up an Instagram account for the first time ever (Instagram.com/ my chemical romance), and slowly unveiled four separate logos with the captions, ‘Clarity’, ‘Sacrifice’, ‘Courage’ and ‘Devotion’. Then came the most heart-racing update of the lot: all four icons combined around the letters ‘MCR’, revealing an entirely new band logo.

Then, in typically hilarious online wind-up character, guitarist Frank posted a thank you message to followers who had wished him a happy birthday on the day, knowingly keeping the rumor mill swirling, but not acknowledging what was going on elsewhere on the internet.

By 7 pm, back on their main band profiles, My Chemical Romance revealed a poster for their Shrineshow alongside the words, ‘Like Phantoms Forever’, letting the world know that they were reuniting. Finally.

Rumors of a My Chemical Romance comeback have been circulating for pretty much the whole of 2019, of course. Between the well-documented fact that all four members are still great friends, and Gerard, Frank, Mikey and Ray’s individual musical creativity never dwindling in the years following their parting of the ways, it was only a matter of time before they decided to properly regroup as a band.