IT'S STILL NOTHING PERSONAL 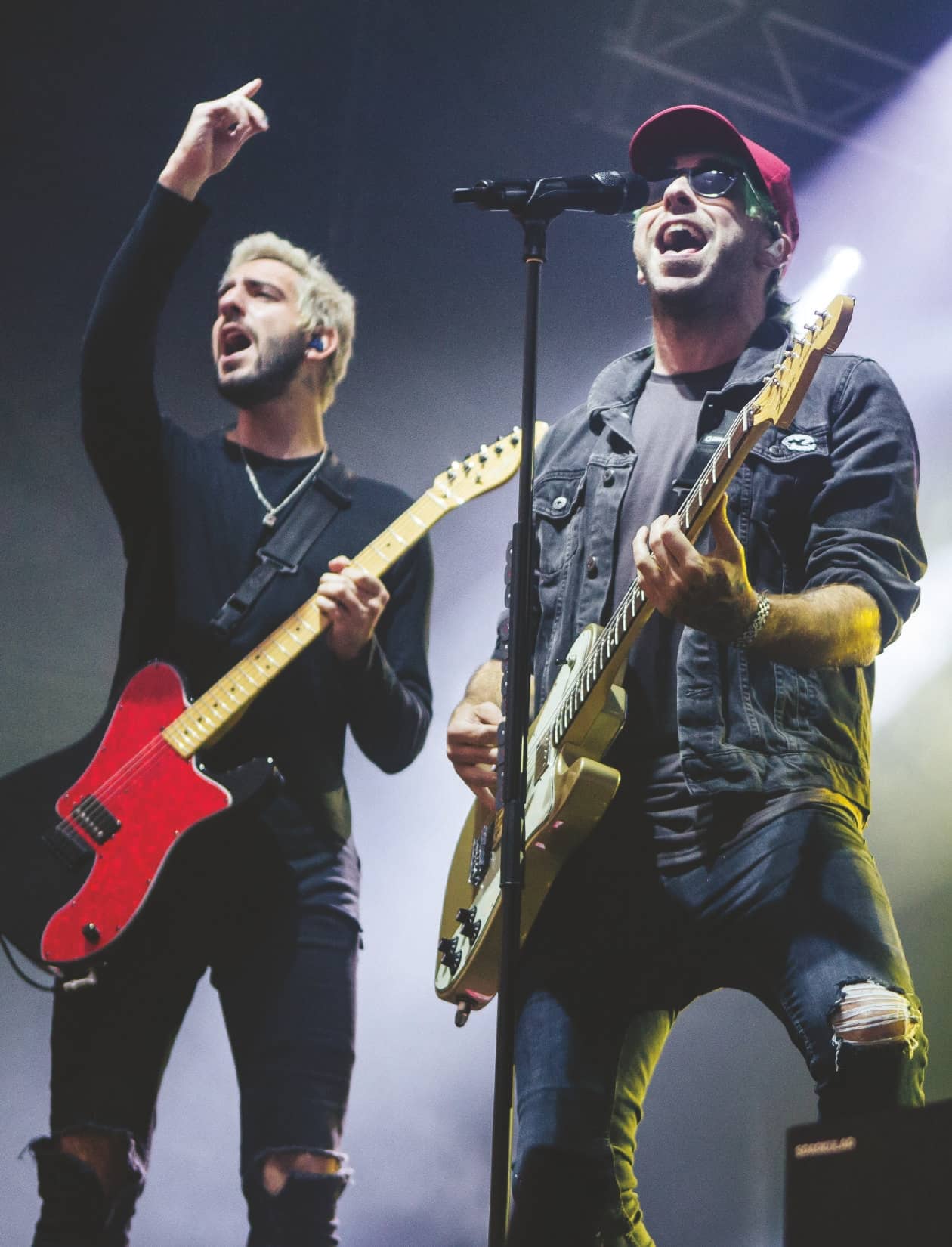 Ten years on from the release of their career-defining record NOTHING PERSONAL, ALL TIME LOW are getting lost in stereo all over again by re-recording the album’s 12 songs for a very special anniversary edition…

Pop-punk heavyweights All Time Low have announced they’ll be celebrating the 10-year anniversary of their much-loved album Nothing Personal with the release of a brand new re-recording of the record. It’s Still Nothing Personal: A Ten Year Tribute will be released on November 8, featuring a new version of every song on their classic 2009 LP.

Alongside the music, the band have produced a documentary that charts the entire recording process and features in depth interviews with all four band members, as well as input from the producers that worked on Nothing Personal. In addition, the Maryland natives have announced a set of anthology shows to commemorate the occasion, with concerts in Los Angeles, Chicago and New Jersey taking place across eight dates in December.

Nothing Personal was the band’s third album, and helped launch them on a career trajectory that’s seen them grow into a giant of contemporary rock. In the decade since its release, the band have headlined festivals, played arenas around the world, and even topped the UK album charts in 2015 with their sixth LP, Future Hearts.

It was the infectious songs from Nothing Personal like Weightless and Lost In Stereo that set All Time Low on that path to stardom, though. Here, frontman Alex Gaskarth fills Kerrang! in on the anniversary celebrations, teasing what fans can expect from the new release, and reflects on the legacy of an album that changed their lives…

Have you been plotting this anniversary release of Nothing Personal for a long time, Alex?

“Yeah – we’ve always known we wanted to do something special to celebrate this album, and make it something that went beyond anthology shows. We did 10-year anniversary concerts for [2007 album] So Wrong, It’s Right, so we wanted to go a step further for Nothing Personal. In the end, we came up with the idea of doing a documentary, so we sat down and spoke about the album in great depth, and got the producers of the record involved, too. It was fun diving back into the Nothing Personal world and taking a walk down memory lane.”

Did it feel strange for you to be subjects of a documentary?

“No, because we all love talking about ourselves! (Laughs) It was a bit surreal, sure, but we’re not doing this for us. As cheesy as it may sound, we’ve done this as a thank you to all the people who have supported us over the past 10 years. Above all else, this is for the fans.”

What was it like having a camera crew film you while you recorded?