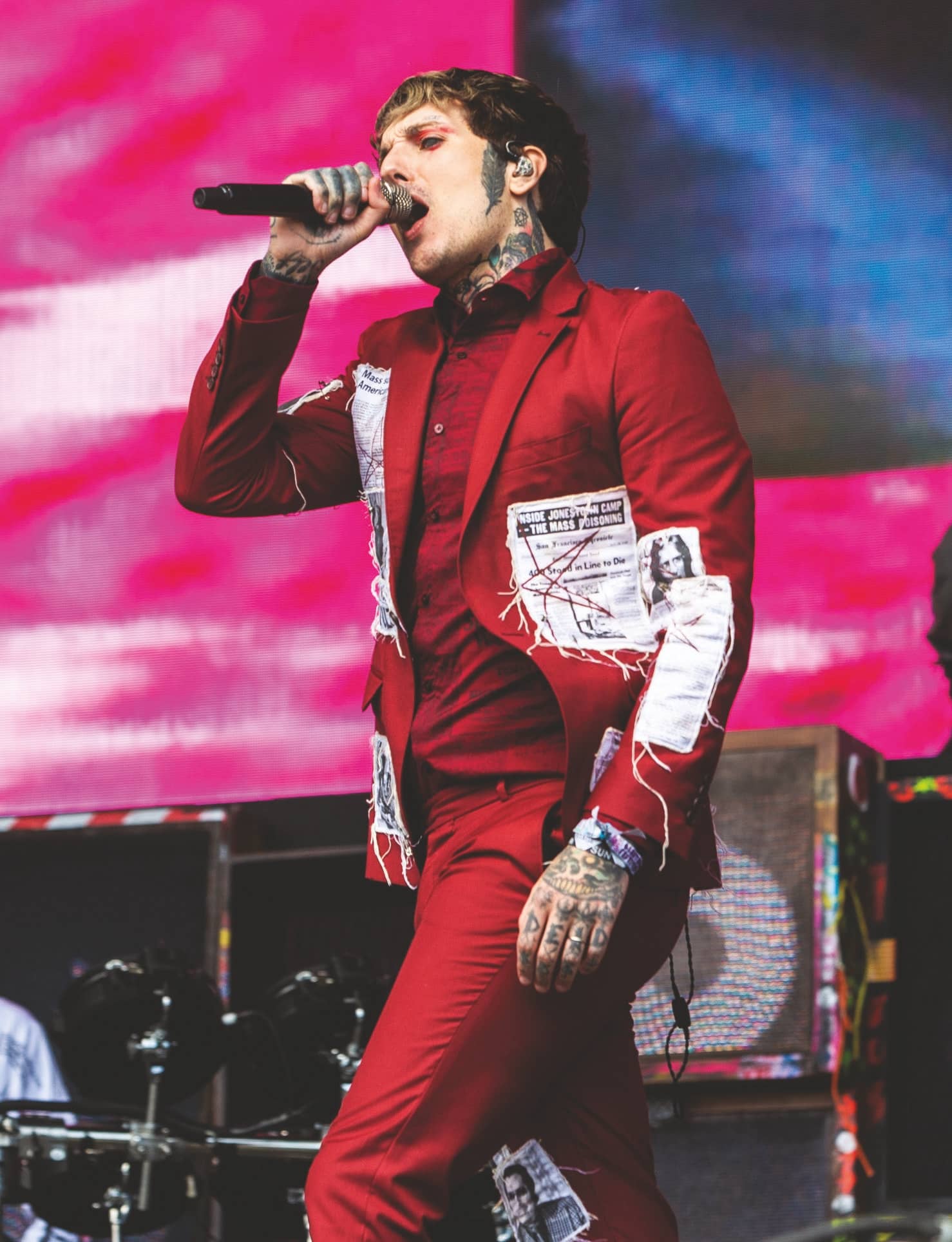 As BRING ME THE HORIZON drop epic single LUDENS on the DEATH STRANDING: TIMEFALL soundtrack, OLI SYKES reflects on the song’s inspiring message – and how the world needs a hero…

For a while there, Oli Sykes had lost faith in humanity. The Bring Me The Horizon frontman spent a great deal of 2019 trying to figure out the wider world and found himself wondering where things had gone so very wrong. “There’s so much shit going on,” he sighs. “Environmental issues, and all this stuff where you’re bombarded with a new problem every day…”

Oli was perpetually worrying about these issues when an unexpected offer was put to him and his bandmates: did they want to release a brand-new song as part of the soundtrack to highly-anticipated video game Death Stranding? It was a no-brainer for the rock titans, who are longtime fans of the project’s legendary creator, Hideo Kojima. And Oli decided that he would use this opportunity to spread a message of hope into the world. Enter Ludens – Bring Me The Horizon’s boldest musical effort to date. With its, ‘I need a new leader / We need a new Luden…’ refrain, the genre-smashing, four-and-a-half-minute single not only ties in with Death Stranding to keep video game fans happy, it also serves as the next lyrical step for Oli, who is learning how to use his platform to promote change…

Tell us about Ludens, Oli. Were you sent Death Stranding footage as you were writing the song so you could envision how it was going to fit within the game?

“Not really, to be honest! They didn’t give us any instructions for what it was supposed to sound or be like. It was a Monday at this point and our management was like, ‘It has to be done by Saturday, otherwise, they can’t use it.’ There was no leeway on that.

We’ve never had to write a song in five days before and we weren’t sure if we could do it. And we didn’t want to put out something shit, obviously! But we were like, ‘Well, we might as well just try, and if we don’t like it or it doesn’t happen, then whatever – we can work on it for something else.’”

“We hit the ground running, and I’d been following the game closely because I’m a big fan of Kojima and his work. I went back and dug through all the trailers and fan theories, just trying to get my head around what the video game meant. I started looking at how I can use that theme and apply it to something a bit bigger than the game, and what was on my mind, too – and lyrically I had an obvious point of inspiration. We’ve never made a song for a game before, so it was a chance to do something that felt a bit more cinematic. We dug through the original Matrix soundtrack and stuff like that – that cyberpunk, nu-metal stuff – and that kind of inspired it. We didn’t have much choice other than to have fun with it, and just make something and see what came out. We can be quite anal about our music, and we just go over and over and over it. It’s easy to second-guess a song to the point that you actually get rid of it. But we didn’t have the time to do that with Ludens, so we just went with our gut.”

Is that something you’d do more of when it comes to future Bring Me The Horizon music – restricting your time limit?