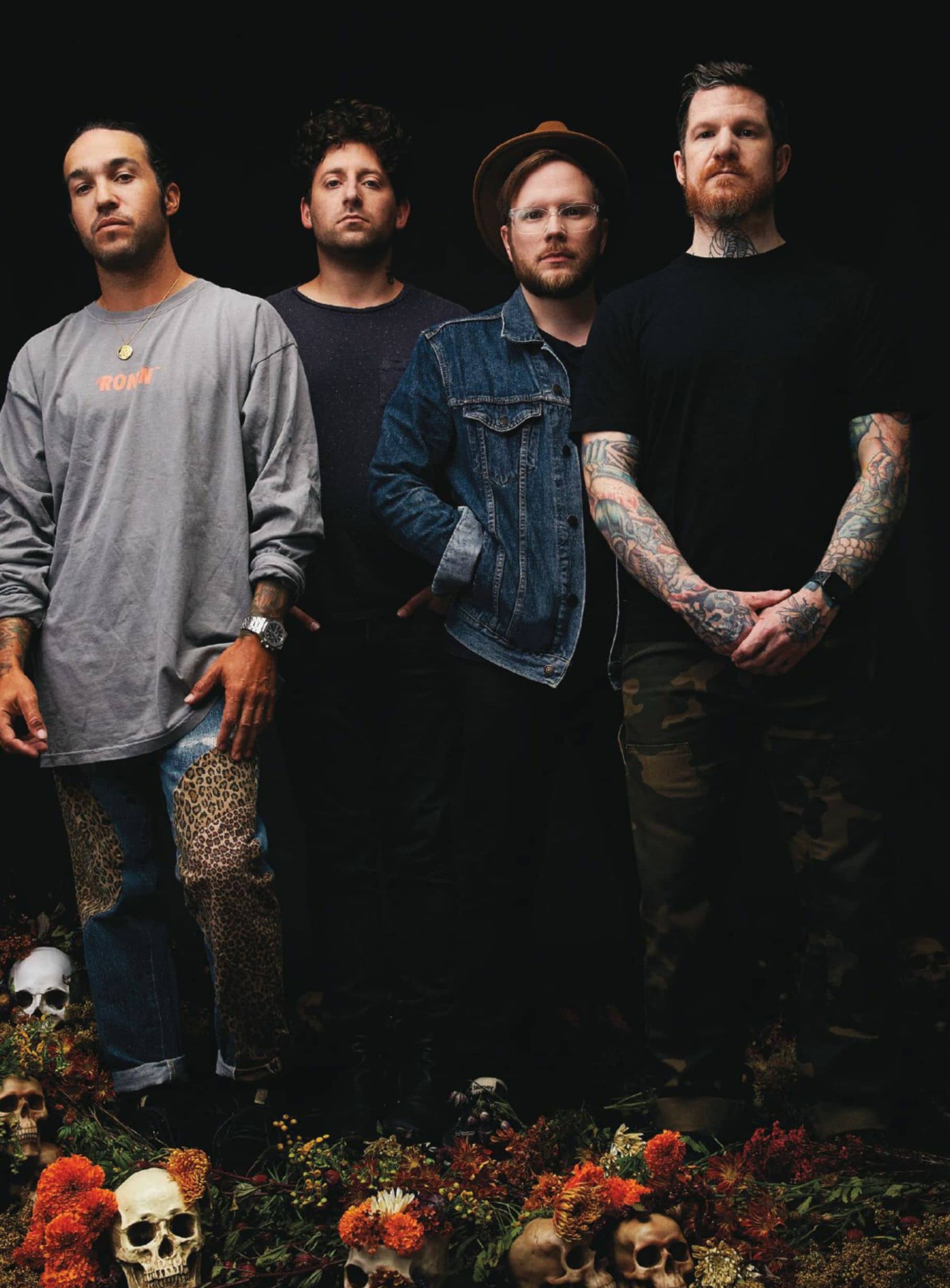 Every song tells a tale. And the 13 songs that comprise FALL OUT BOY’s upcoming GREATEST HITS album tell the story not only of one of rock’s most “improbable” reunions, but of an unparalleled reinvention, too. PETE WENTZ, PATRICK STUMP, JOE TROHMAN and ANDY HURLEY reflect on the past six years’ journey, track by track...

There was a time, in the now-distant past, when you could walk into a room where Fall Out Boy were and almost feel the tension. In the words of guitarist Joe Trohman, this was a band for whom “stress and anxiety was rife” while they navigated the pitfalls that accompanied their first full flush of fame.

Times change, however, and today, the four members of Fall Out Boy cut very different figures. As we join them in Los Angeles, they’re on reflective form, carrying the air of self possessed grown-ups with nothing left to prove – men at ease in their own skin, assured about who they are and their creative contribution to the world.

Six years on from their return from a five-year hiatus and almost exactly a decade since their first collection came out, they’re preparing to release Greatest Hits: Believers Never Die – Volume Two, comprising the highlight reel from the band’s mammoth second wave of success, the tracklisting of which the band have convened today to talk Kerrang! through. Next summer they’ll play stadiums the world over, alongside Weezer and Green Day, on the Hella Mega Tour. A cursory glance at YouTube and music streaming stats since their comeback confirms that they’re now more popular than ever before.

For ever self-deprecating vocalist and guitarist Patrick Stump, this newfound level of fame is even more absurd than it was first time around. 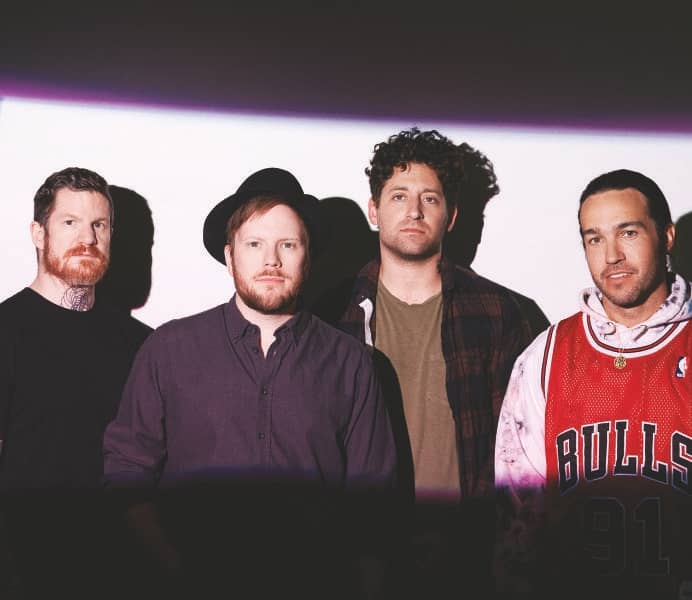 “Sometimes I wake up and I just laugh, because it feels so improbable,” he admits, looking back on the pronounced highs of the past decade. “It feels so ridiculous and unlikely to me. The odds of us having this second act seemed so infinitely small, that it’s still crazy. It’s beyond surreal.”

Sitting alongside drummer and man of few words Andy Hurley, bassist, lyricist and de facto frontman Pete Wentz calls this phase in the band’s life “the ultimate lottery ticket”, and confesses to a disbelief that the quartet ever made it here at all.

“It makes me feel old!” he jokes about the imminent prospect of putting out their second greatest hits compilation. “It’s like when you go into a restaurant and you ask what the popular dishes are. That’s what a greatest hits is.”

In that case, bon appétit… 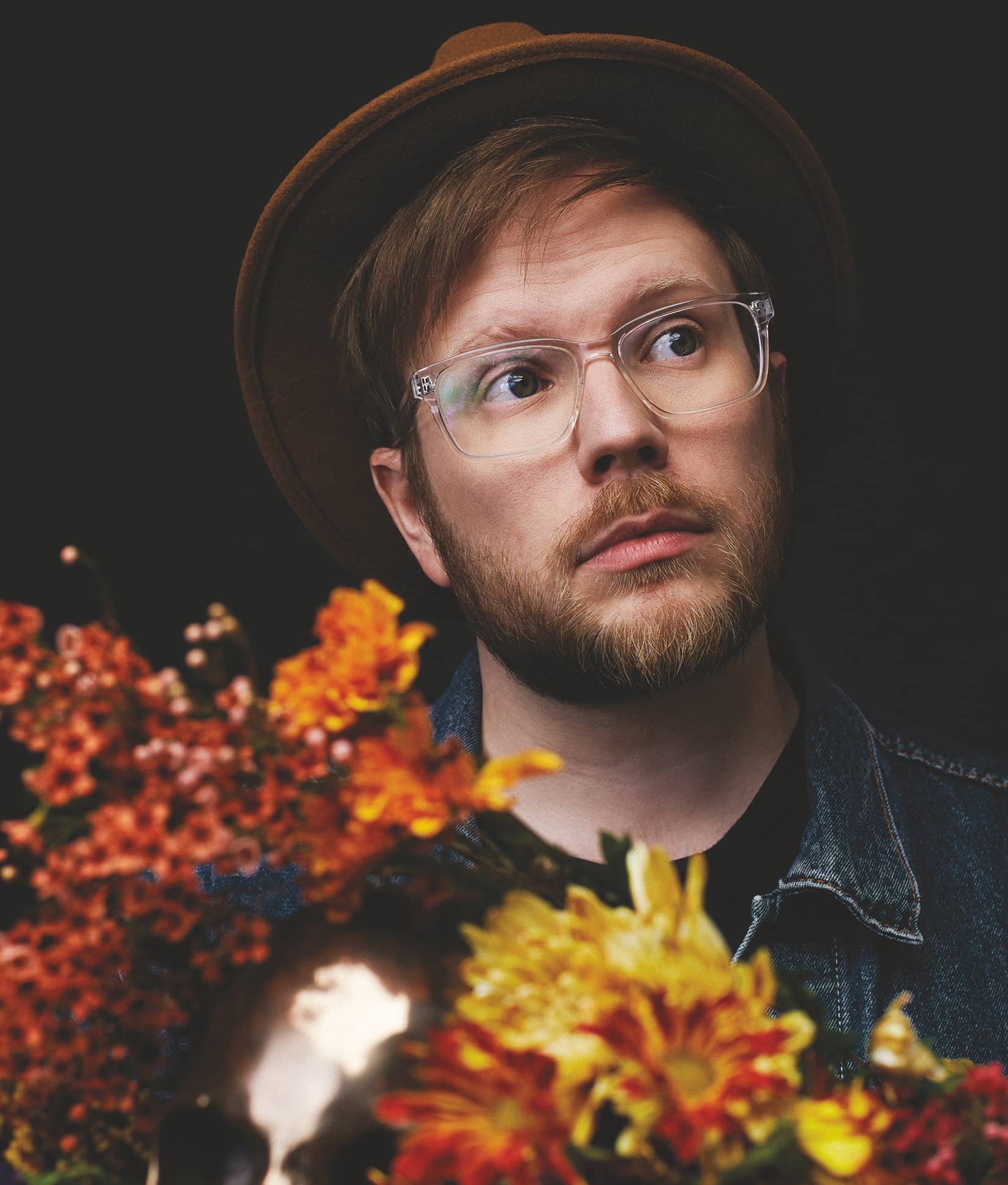 My Songs Know What You Did In The Dark (Light ’Em Up) (ORIGINALLY APPEARED ON SAVE ROCK AND ROLL, 2013)

PATRICK STUMP: “We didn’t necessarily know that we were going to do a comeback. We had this one song, but a whole record (laughs)? Internally, it was like, ‘Let’s get together and see if it works out when we do this thing.’ And it just started moving. Literally the day we posted it, we played a show and we did a video all at once, and up to that point, I wasn’t sure we were going to do anything else. But then it’s like, ‘Well, we’re already here. I guess we’ve got do it.’ It shares a title with a long-forgotten demo, but it has no other relation other than I remembered the line and I liked it, so I brought it back.”

JOE TROHMAN: “It represents our return after those years of not being in a band. I don’t think we assumed anything about that. Prior to us coming back, the music industry was a different beast. America, at least, was somewhat interested in bands and guitars, then we stopped doing Fall Out Boy, and when we came back guitars were not of interest anymore – especially on pop radio. So we had no idea whether people would still care about us. We wondered whether or not we would make any impact. But we did, and people were excited, plus we got this whole new, younger fanbase out of it. If you put a checkpoint in time in the history of this band, this song marks the beginning of Fall Out Boy 2.0.”

PATRICK: “It was a big surprise. I used to work at a used record store and that was fun because you get to witness everyone’s mistakes – the records people sell are the ones they don’t want to keep. So, I felt like I had a pretty good handle on how bands work. You get one shot and that’s kind of it. The idea that we were ever going to put that record out and it was going to be anywhere near as big as it was, I would have thought comical.”

The Phoenix(ORIGINALLY APPEARED ON SAVE ROCK AND ROLL, 2013)

PATRICK: “The Phoenix was my baby. I really pushed for it to be what it is. Everyone said, ‘We like the song, but we don’t like the chorus,’ and I was like, ‘What?! That’s the whole song!’ So I tried, like, 40 different choruses and a million different takes. The chorus that stuck came from another idea that I had, but couldn’t find a song for it, so I threw it in there not thinking, pretty sure it wasn’t going to be the one, but it totally worked. I think it defined the record in a lot of ways. If that song wasn’t there, I don’t think I would have been so gung-ho to do a record. The album needed something directionally. Like, ‘Hey, we’re still the same Fall Out Boy, but this is what we sound like now.’ I’ve always admired AC/DC, but I feel like that’s one way to do things and we’re not that kind of band. If we were to put out a record that sounded like our last record, something would be up. Something is not right at that point. That’s kind of always been part of who we are.”

PETE WENTZ: “Don’t you dare have the headline be, ‘Fall Out Boy Are No AC/DC!’ Don’t even dare! (laughs)”

JOE: “It’s sort of the nucleus of Save Rock And Roll. It’s kind of become the new unofficial opener to our set, too. Like, we obviously always close with the same song [Saturday, from Take This To Your Grave], but I’d say nine out of 10 times this is our opener now.”