Back From The Dead 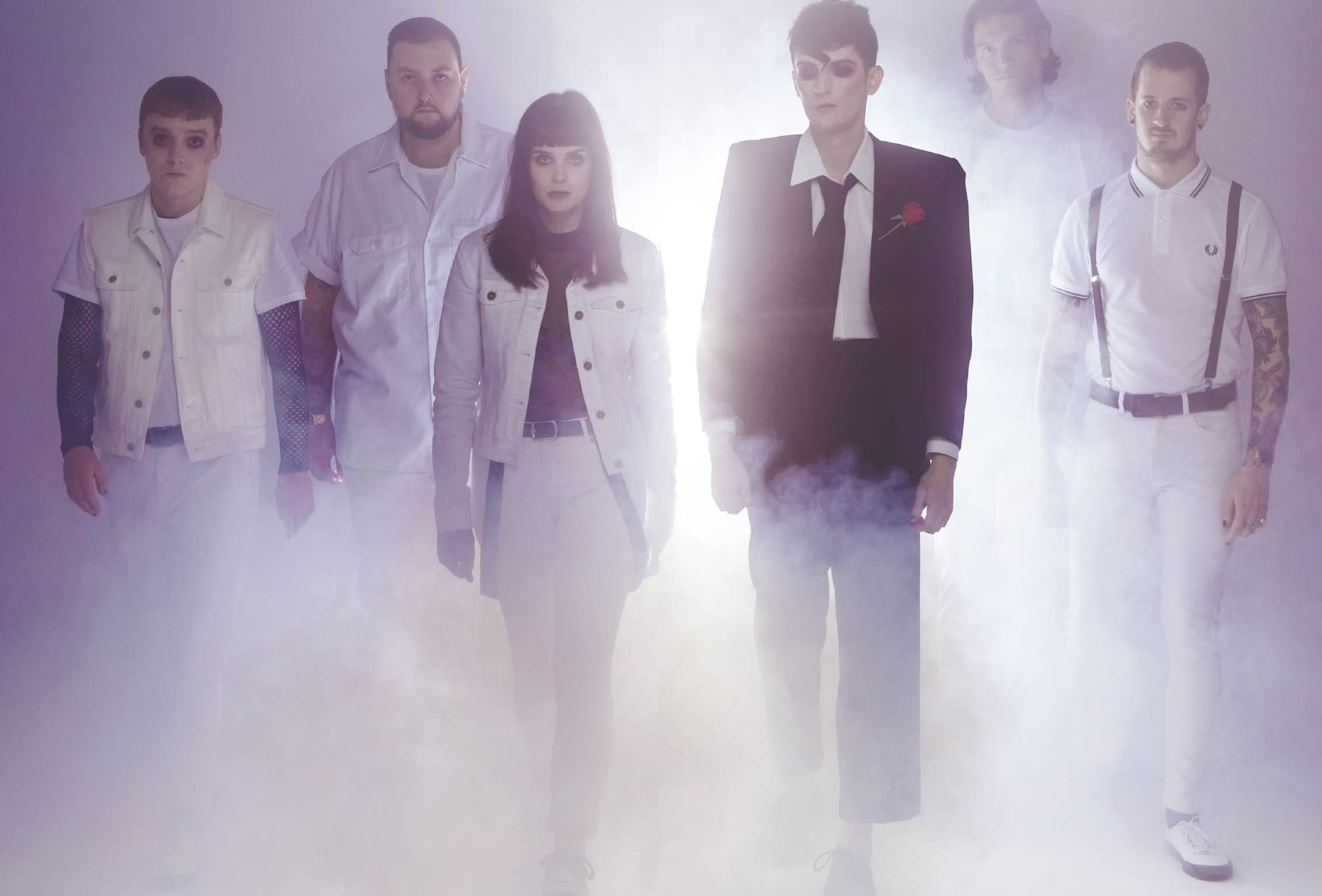 One year on from their very public onstage demise, the resurrection of CREEPER begins now. And as WILL GOULD and IAN MILES reveal, the journey to see this day has been a challenge that none of them could ever have imagined…

November 1, 2018. The six figures move with purpose, through corridors, and downstairs. When they reach the exit to the street, pushing open the heavy door, they’re greeted by a rush of cold air that makes steam leap from their warm bodies. It doesn’t rise, though – they’re all walking far too quickly for that. It streams behind them like the vapor trails left by planes. Though no-one speaks, everyone knows to head for the van that’s nearby, and within seconds they’re all aboard and away – down Crowndale Road, around the corner and off into the night. Perhaps forever…

Seconds later, the doors to Camden’s KOKO venue open. Far from boasting the celebratory atmosphere that usually follows a gig here, the mood tonight is more funereal than fun. Many of those leaving are in tears, make-up streaking down their faces, comforted by friends and strangers alike, all bound by their collective sense of loss. These are Creeper fans coming to terms with having effectively witnessed the killing off of the band they love before their very eyes.

Minutes earlier, towards the end of Creeper’s 17-song set and before launching into the closing track, Misery, singer Will Gould addressed the crowd. “Of all the shows we’ve played in the last four years, this one will remain with us the longest,” he’d said, shakily. “Because not only is it the last show of this album campaign, but it’s the last show we’ll ever do.” 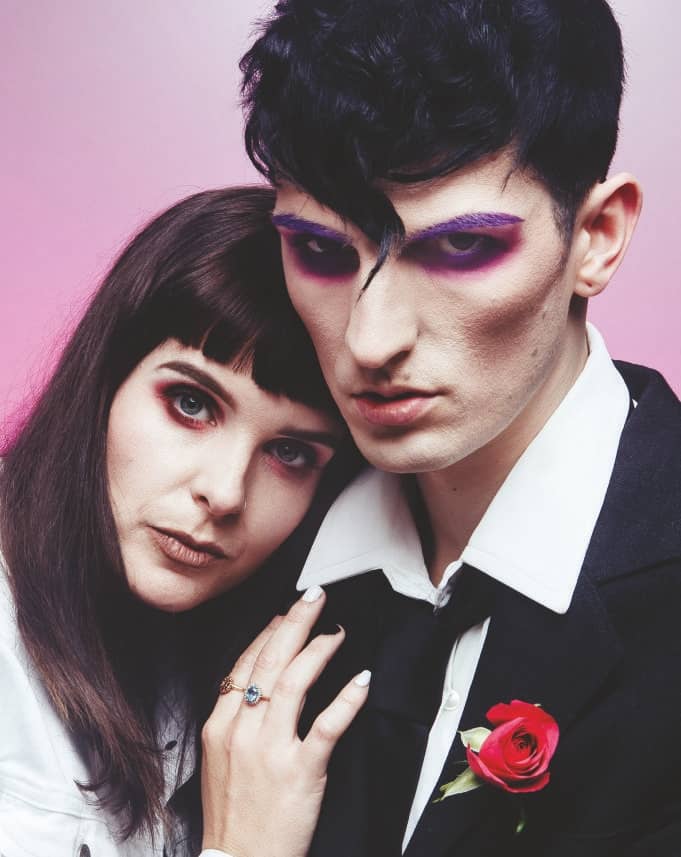 Not only were these fans coming to terms with what they’d just seen, then, as the band laid their jackets, complete with iconic Callous Heart back patches, down on the stage – they were also wondering where on earth their heroes had now vanished to.

“The truth isn’t all that exciting,” smiles Will today, some 356 days later, revealing that drive away from the seismic show only actually took them a few minutes away, to the home of guitarist Oliver Burdett’s dad. “All I remember from it was me being a dickhead to Sean [Scott, bassist], shouting at him for standing up in the van because I was still so stressed about the show. Trying to get six people to do the same thing is an impossible task. My attention to detail can often overlook people’s feelings, which isn’t the best, but I was still so focused on the show and whether we’d pulled off this disappearing act. We’d done a lot of vanishing acts in the past, but no-one had ever seen one happen in front of them.”

It’s little wonder Will was stressed about this fateful moment for Creeper, who formed in 2014 because it had been in the works ever since the release of the Southampton band’s debut album, Eternity, In Your Arms, more than a year earlier, with every element fine-tuned to perfection.

“I had to go to three separate meetings about the wording I was going to use on stage,” he explains. “In the end, I said, ‘This is a David Bowie thing we’re doing, so why don’t I use exactly the same wording?’”

He’s referring, of course, to the night of July 3, 1973 when, on the final date of the tour in support of his fifth album, The Rise And Fall Of Ziggy Stardust And The Spiders From Mars, David Bowie announced the retirement of his alter-ego, to the surprise of even his bandmates. Will suggests it was an act that proved difficult to emulate, even 46 years later.

“When we told our record label that we wanted to ‘kill’ the band, they freaked out because they were worried about the impact it would have on streams and things like that,” he explains. “Being quiet for a year as we’ve done following the KOKO show isn’t really something you see from artists all that often in an age when you’re encouraged to throw as much music out as possible to keep people interested – content, content, content. But I don’t really believe that’s the climate or what we should be doing. That encourages fast, disposable music, but that wasn’t the way my heroes did things. We had to take some time out anyway, so it was a choice between being completely silent, or making a reason for us to be quiet, so the show was the reason.” 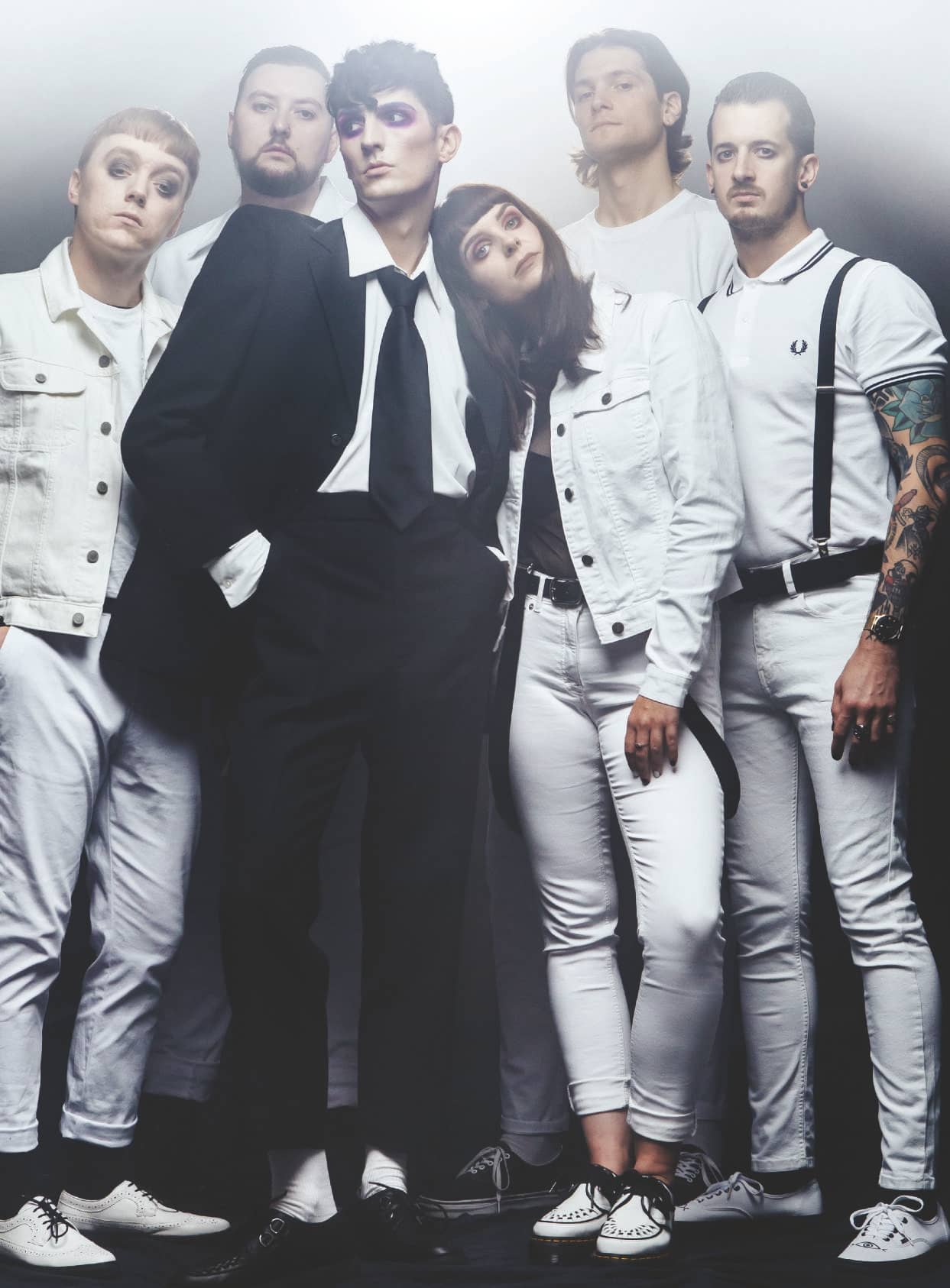 Hannah styled out getting her earring snagged on Will’s blazer

So what exactly happened in the hours following the gig?

“We were exhausted and many of us sat in complete silence, reflecting,” reveals guitarist Ian Miles, perched next to Will on a pub bench, with both ignoring the light rain that has begun to fall. We’re outside a small North London brewery, a few doors down from the photo studio where the band, complete with a striking new look, recently finished a shoot. “It was a lot to take in,” he continues. “It was the end of a big chapter – the death of an important time period.”