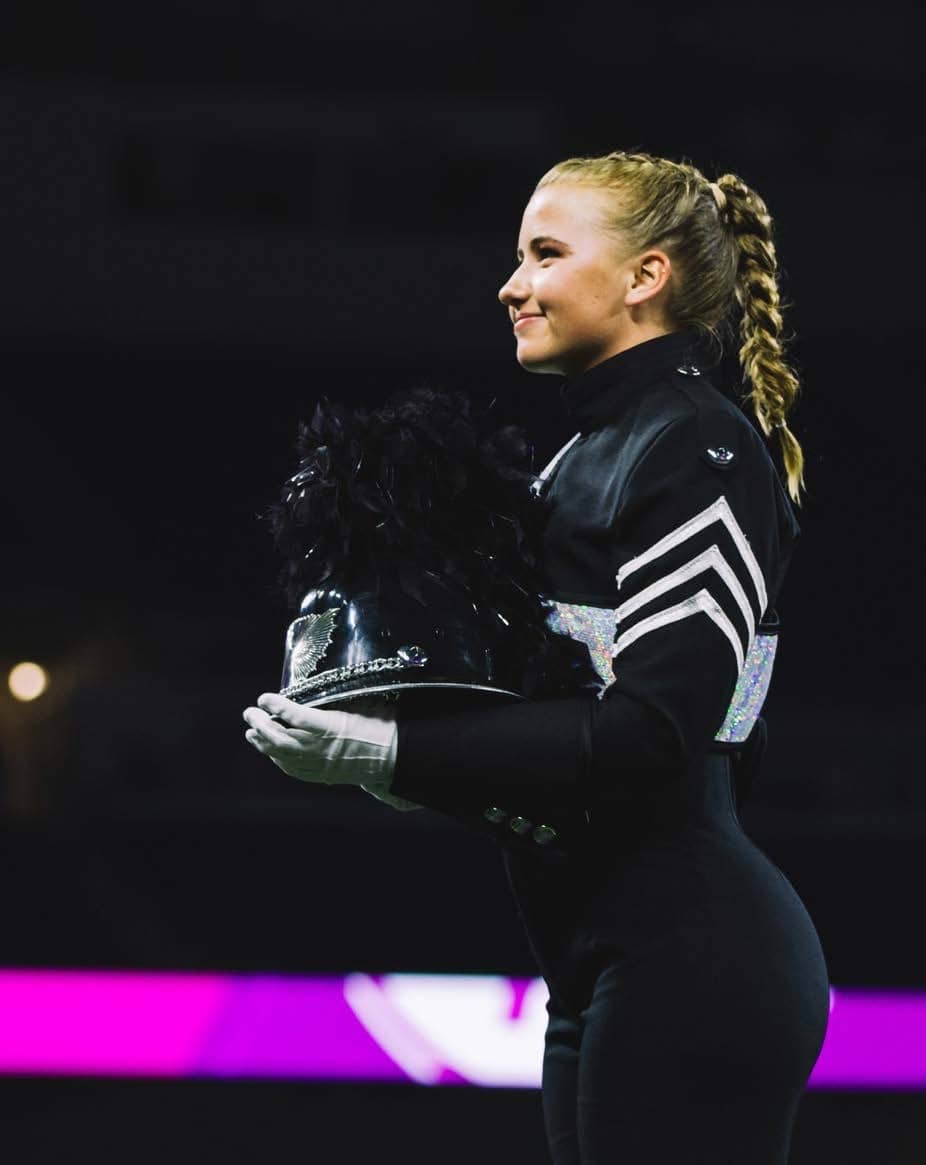 I consider being the recipient of the 2019 Jim Jones Leadership Award not only one of the greatest honors of my life but also one of the greatest surprises of my life. As a young leader in the activity, I have frequently looked to my peers leading other corps for guidance and support. To be in the same conversation as so many drum majors I respect and admire is a great honor on its own, not to mention actually being chosen for the award.

Looking back on the journey I have been on since the start of my drum corps career two years ago, I never thought that I would come this far.

Music has been a dominant part of my identity for my entire life. My whole family is involved with the arts in some way, so I knew I would be as well. I started piano lessons at age 9, oboe at age 11, and percussion at age 13.

Not until high school, however, did I finally find my niche. Though I originally protested any involvement in what I thought was a “nerdy pastime,” I quickly fell in love with everything about the O’Fallon (Illinois) Township High School Marching Band.

I set my sights on becoming a drum major and having the influence I had once felt from leaders of the ensemble before me. As I walked off the field in Lucas Oil Stadium following the 2017 Bands of America Grand Nationals for the last time after two seasons spent in this role, I knew that I was not ready to be done with the activity quite yet.

A PART OF THE LEGACY

Thus, I began my drum corps dreams. I knew that Phantom Regiment was the place I wanted to audition.