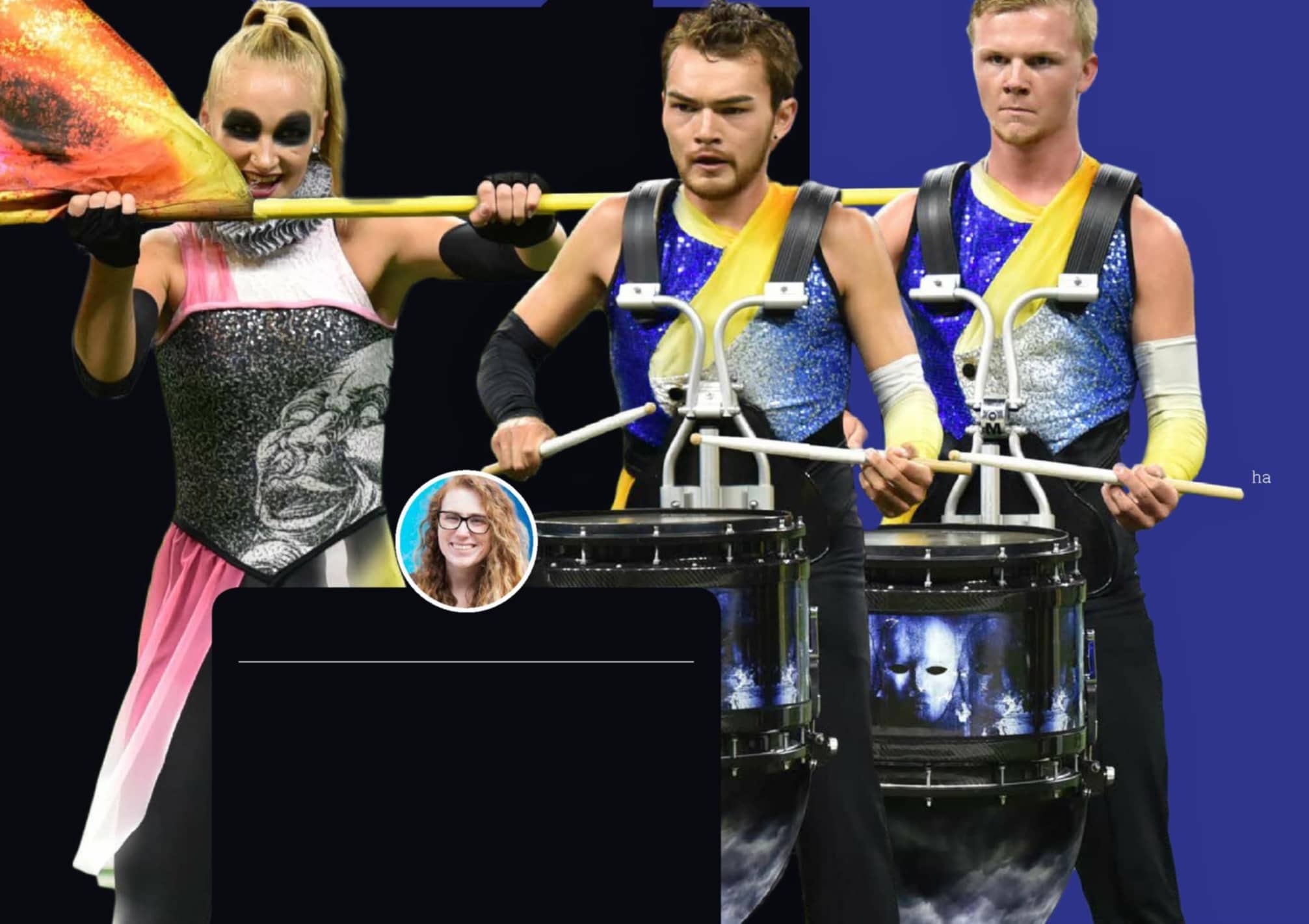 Portraying ghosts and The Beatles with journeys to the cultural underground and under the sea, the 2019 Drum Corps International winners took fans on a wild ride of evolution, transformation, and the pursuit of happiness.

With a score of 98.325, the Blue Devils Drum and Bugle Corps from Concord, California, took home the gold at Drum Corps International World Championships, finishing less than a tenth of a point ahead of the Bluecoats after a tight season-long race. The Blue Devils also received the John Brazale Best Visual Performance Award. This victory continues the Blue Devils’ streak of finishing in the top two every year since 2007 and serves as the corps’ 19th championship.

The Blue Devils ’ 2019 show, “ Ghost Light,” was based on a theater legend. Historically, theaters have kept a light on at the stage each night. While this tradition began for safety purposes, so that anyone who enters the theater can see, the practice also created a superstition.

This theme gave the Blue Devils room to play with different theatrical traditions that have risen throughout history. “At the beginning of the show, you see references to the Greek chorus, which is our first theater,” says Scott Chandler, visual designer for the Blue Devils. “Then we worked through Elizabethan theater, which is Shakespeare. We sample that through the music and have a character portraying Hamlet.”

The show then progressed through elements of commedia dell’arte, which is a form of Italian improvisation, as well as Theatre of the Absurd and epic theater.

The color guard uniforms represented various time periods. For example, performers had comedy/tragedy masks digitally printed onto their clothing and wore neck ruffs during the Elizabethan theater section. “We were able to reference different areas of theater history that the spirits might have come from,” Chandler says.

The costumes of the instrumentalists also transformed through the course of the show. While they took the field wearing traditional marching uniforms, including long coats and shakos, corps members later removed pieces of their uniforms and placed the discarded garments on ladders to become colorful set pieces. “Just as the spirits of the theater would change costumes—it was their time to play—we wanted to reveal something more form-fitting,” Chandler says. “It reveals the choreography in a different way.”

Just as props play key roles in theatrical shows, they were integral to the Blue Devils’ performance. Much of the program used a large, multi-purpose wall as a stage backdrop. “We wanted a prop that worked in multiple ways,” Chandler says.

The corps initially designed the wall with a few requirements: It had to fit inside a semi-truck for ease of transportation, and it needed to have doors that corps members could open and close during the performance. As a result, the wall consisted of 14 pieces.

Though the wall was built to have many uses, the corps discovered more and more purposes for the prop throughout the season, enjoying spontaneous moments of innovation. “Not everything was planned,” Seidling says. “We found a surprise, the way we could tilt them at different levels. … [It was] a really fun discovery process.”

FROM SICKNESS TO TOP FORM

While the Blue Devils had a triumphant season, they also faced many challenges, including a roving illness. “We had a flu bug going through the corps,” Seidling says.

The corps’ health and wellness team made sure everyone got medicine as soon as they displayed symptoms of illness and stressed hygiene to keep the sickness from spreading. “When you think back to a season, you have some image that jumps out in your head,” Seidling says. “The image I’ll have of the 2018-2019 corps is … everybody walking around with a facemask.”

Despite the physical setbacks, the Blue Devils gave a triumphant final performance. “Our performance on Saturday night was as good as any Blue Devils performance in the last 45 years,” Seidling says. “Before we got the score, you could sense they knew that they had achieved everything they set out to do as Blue Devils.” 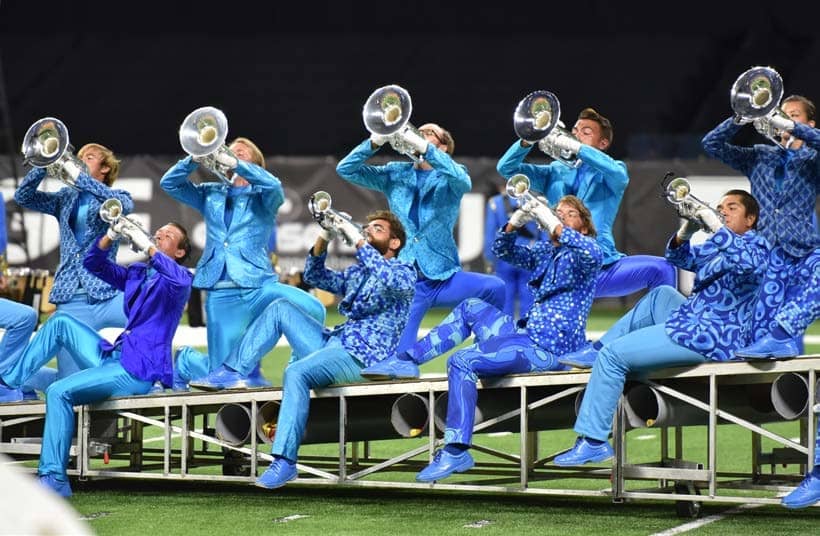