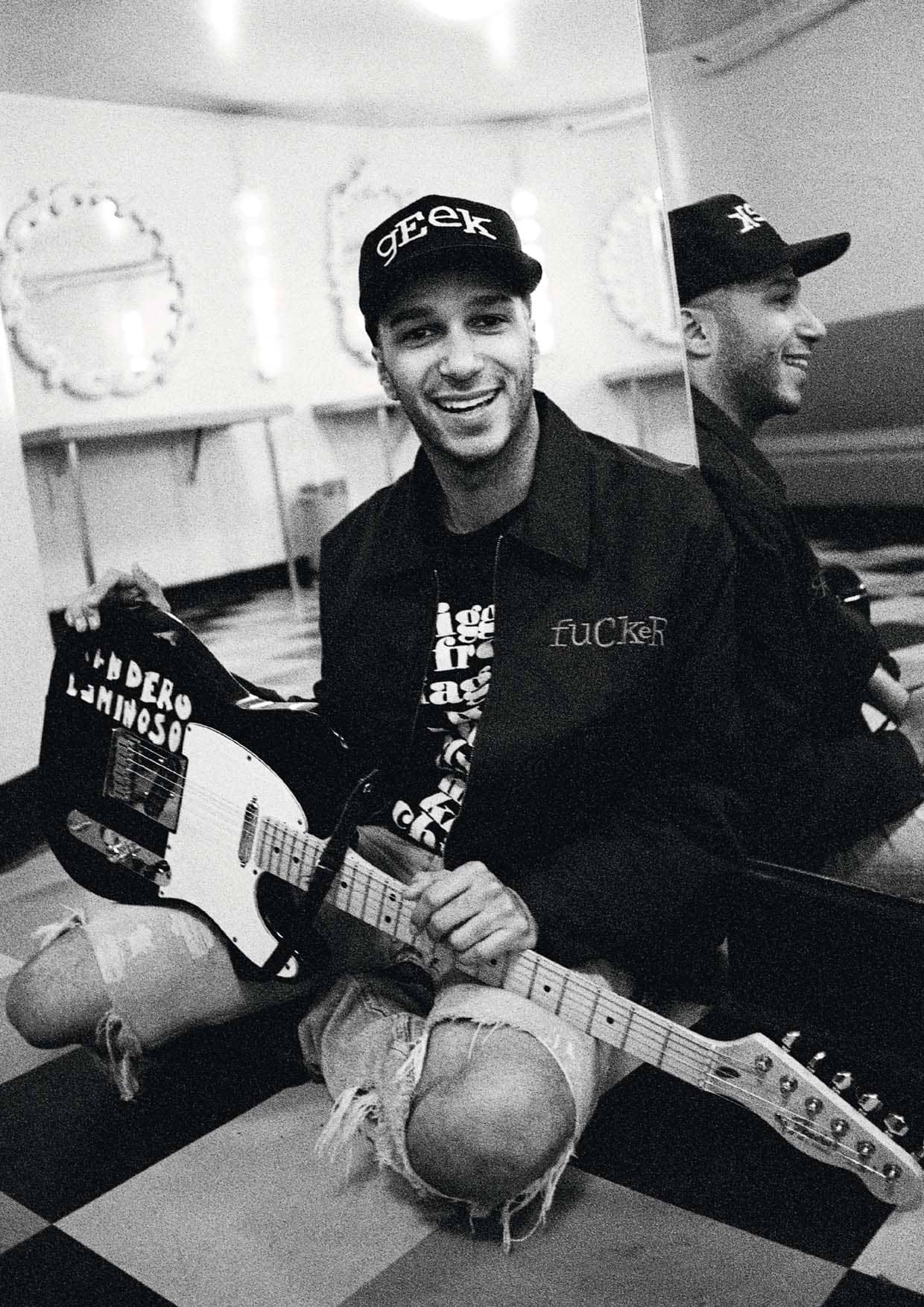 He’s the Harvard alumnus, political activist and eternal square peg whose sonic adventurism with Rage Against The Machine and Audioslave tore up the rules of electric guitar. Now, as Tom Morello releases a new photobook spanning his three-decade career, he shares memories of obsessive practice, bad gigs and nights behind bars…

“As a kid, I had a little acoustic guitar that I probably plucked Smoke On The Water on. But at that age, I had no ambitions beyond jumping around on the sofa with it. Then, at 15, I had a couple of guitar lessons that didn’t really take because they wanted to teach me how to tune the guitar and play the B major scale – and I wanted to learn Black Dog and Detroit Rock City. But from 19 years old, I became obsessive-compulsive. Guitar felt like a religious calling. It bordered on some kind of mental disorder. I couldn’t not do it. It was a compulsion that steered my life.”

“In my high-school band, we practised so hard to play Born To Be Wild for a battle of the bands. When we got on stage, the piano player played the wrong chords, the bass player came in on the wrong note – it was a very inauspicious beginning to my musical career. But we were on a riser. And so when the chorus came in I leapt off the riser – and the place went apeshit. It was like, ‘We’ve spent four months learning the song but what we should have been practising is jumping up and down.’ It was a lesson I haven’t forgotten. I always had that track-and-field background, and for some reason, from early on I could always play guitar while aloft.”

“I had a bad experience when I bought my first $50 Kay. The sales rep was mocking me, saying the action was ridiculously high – ‘but I guess you’re not gonna play very extensive leads anyway, are you?’ I had more than one chip on my shoulder but that stuck with me. That Kay was my main guitar until I got a Gibson Explorer. Then it sat for 30 years at my mom’s house in Illinois. Until one day, I sat bolt-upright in bed, went back to Illinois, got that Kay, gave it to my tech and said, ‘Let’s see what we got here.’ I actually used it on The Atlas Underground [2018]. Cheap guitars can be great. I mean, my ‘Creamy’ guitar cost $40, and that – through a 20-watt solid-state Marshall practice amp – won Rage our first Grammy for Tire Me.”

“When my friends began loving punkrock, leaving behind their Spandex and heavy metal, I still wanted to have one foot firmly in both worlds. I never gave up Sabbath, Maiden, Priest, the Yngwies and Vais – while at the same time, embracing the rawness of punk. You know, The Clash is my favourite band of all time. And Joe Strummer, as far as guitar players go, is both the greatest and someone who could barely play, to the standards of the readers of Guitarist magazine. In rock ’n’ roll, it’s much more about the spirit of what you’re doing, rather than the technical ability. But I wanted to have both.”

“Studying at Harvard while playing rock ’n’ roll was challenging. It was a pretty significant jump in workload and brain bandwidth. And then, added to that, was my obsessive-compulsive practice regimen. I would finish my studies at two in the morning then practise until 6am, like it was nothing. Just alone in a stairwell, day after day. It did not necessarily help with my social skills, relationships or job opportunities. In my four years at Harvard, I maybe missed two days of practice, through some really debilitating sickness. And then I felt really guilty about missing those two days!”