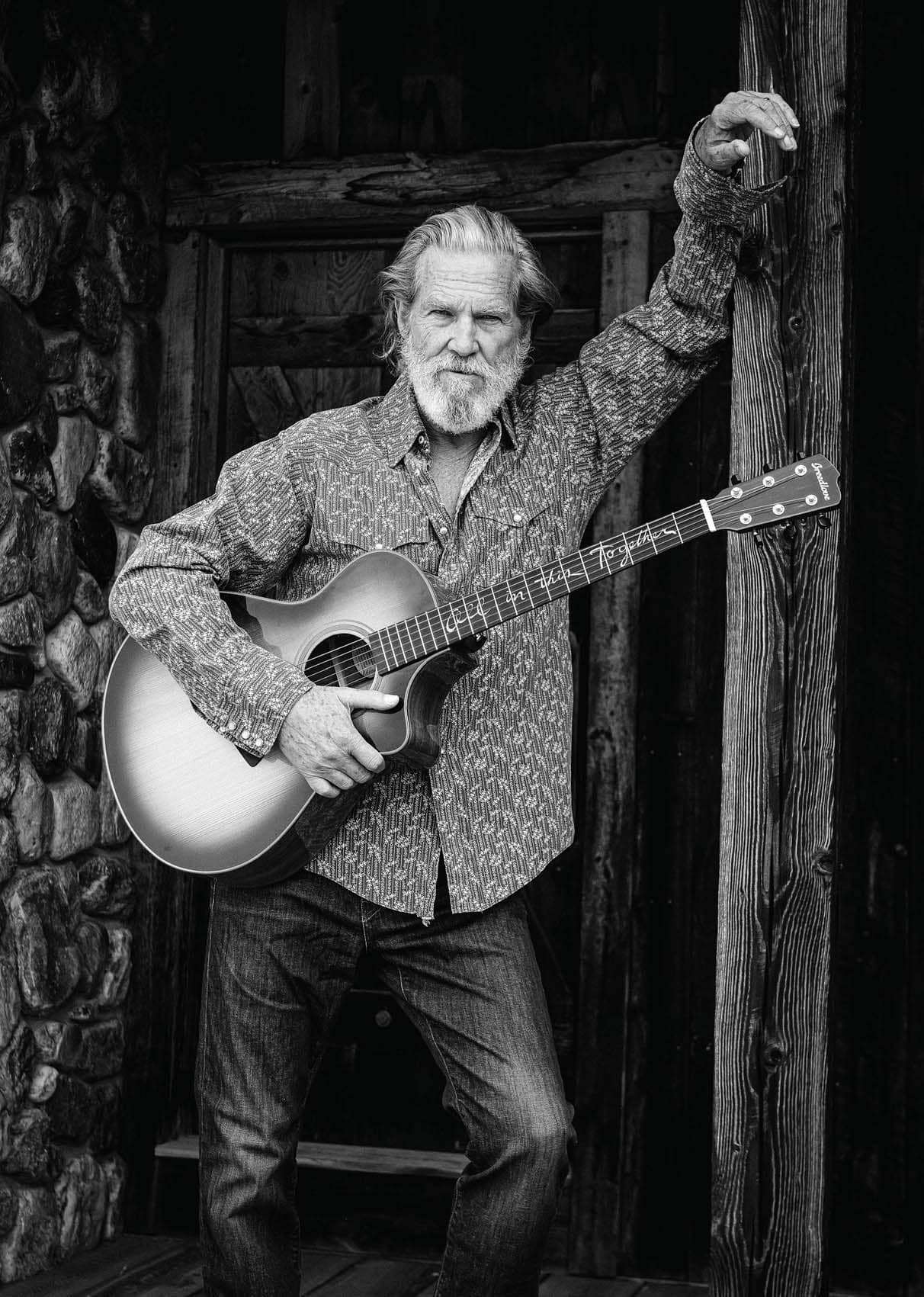 Best known as a big-screen actor, Jeff Bridges’ role as a washed-up country music star in Crazy Heart highlighted his other great love: the guitar. We meet the original Dude to talk songwriting and his new Breedlove signature acoustics

Music was Jeff Bridges’ first love, since discovering the joys of the guitar while still at school in the early 60s. Initially torn between pursuing a career as a musician or an actor, he harboured ambitions of transitioning between the two. His debut album, Be Here Soon, was released in 2000, but it wasn’t until his Oscar-winning role in Crazy Heart in 2009 that he was finally able to fully showcase his musical abilities. His portrayal of an alcoholic country singer in decline pointed the way to the country/ Americana route he has continued to follow with his own music.

Since the release of his self-titled album on the Blue Note label in 2011, Bridges has toured consistently with his band, The Abiders, named after his character in The Big Lebowski. A staunch advocate for environmental issues, Bridges has now teamed up with US guitar builder Breedlove to launch a range of signature models that are built entirely from sustainable woods. Bridges’ royalties for all guitars sold are being donated to the Amazon Conservation Team charity.

You’ve been playing the guitar for most of your life and music is obviously very important to you. What is it that music does for you that acting doesn’t? Do they feed your soul in different ways?

“There are more similarities than differences, really. They both share a solitary element, either practising your instrument or learning your lines and preparing a role. Then you have the teamwork aspect. There is nothing like getting together with a great band to hang out with each other and play, and making a film is very similar, in that you are again working with an ensemble of other players. I guess the only lack of comparison for me these days is that while I have the live dimension of playing gigs, I haven’t performed live as an actor in front of an audience for a long time. The way you feed off an audience’s energy is something that you don’t get from making a movie.”

You said that in your early days when you were unsure whether to pursue music or acting, your father, Lloyd Bridges, suggested that if you became successful as an actor you could move into music. Of course, it can be hard to cross over from acting to music as there is often a lot of resistance from audiences…

“I think that’s true. I’m certainly glad that I followed my father’s advice and stuck with the acting. He said, ‘Don’t worry, Jeff. You’ll be able to explore all of your interests as an actor,’ and that eventually came to pass a long time later with Crazy Heart in 2009. Of course, I had done The Fabulous Baker Boys with my brother [Beau] in 1989, but I played a pianist in that rather than a guitarist. I hear what you’re saying, though, there is a rift. People say the same kind of thing the other way around as well, with musicians who want to go into movies. There’s always the concern that it might be seen as some kind of vanity project whichever direction you cross from. Crazy Heart worked out real well for me. I had such a great experience that after that I thought, ‘Gee, if I ever wanted to realise my high school dream of having a band, now is the time to do it.’ [Laughs]”