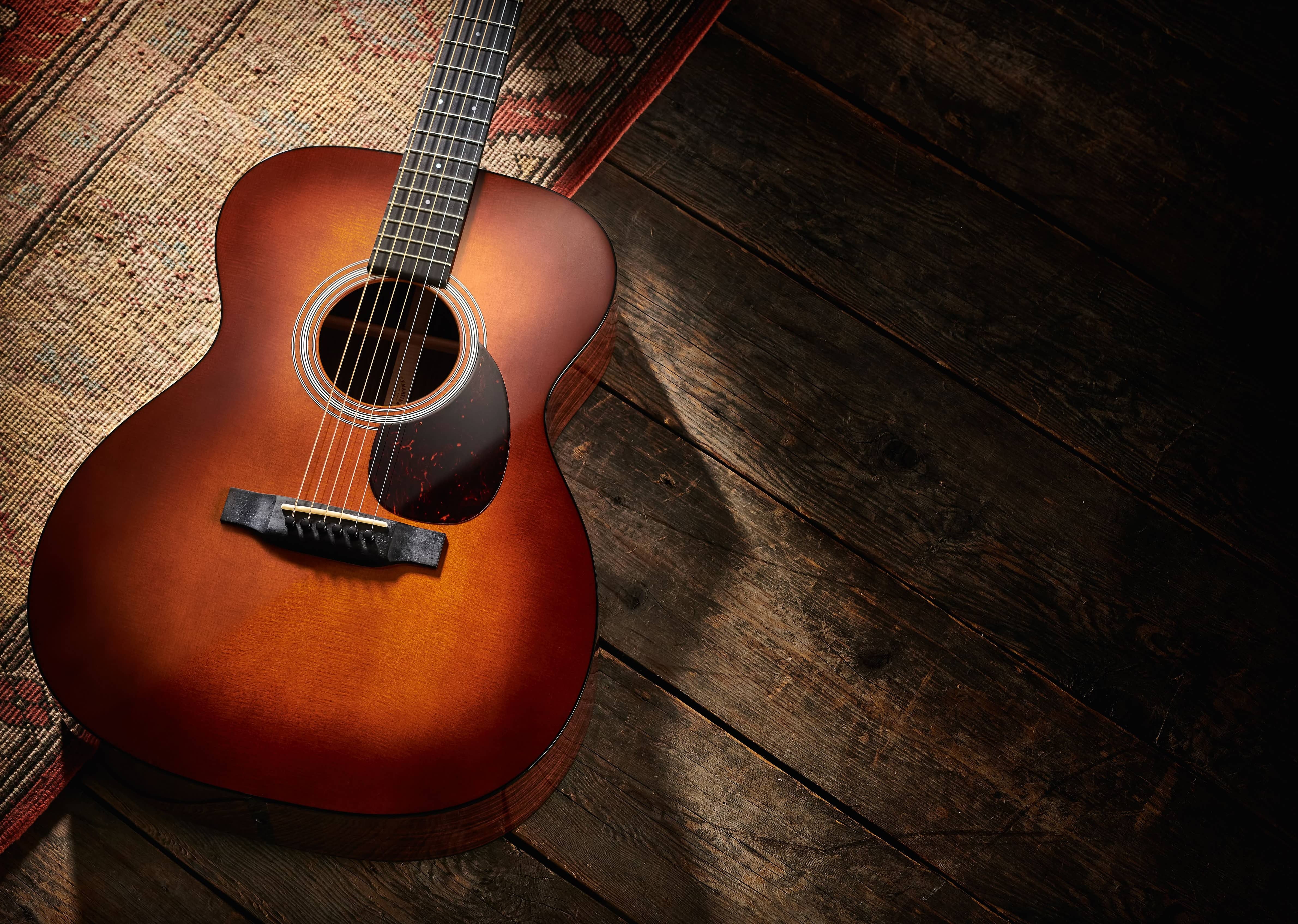 To play an acoustic guitar is to experience the instrument in its purest form – and it will make you a better all-round musician, too. Here’s why...

For many players, the acoustic guitar can be a bit of an afterthought. It’s ironic that many guitarists for whom only Custom Shop stuff will suffice for their electric needs will content themselves with a single modestly priced acoustic to cover their unplugged music-making. No-one’s suggesting that you have to spend thousands on an acoustic, but take a look at the music that defined rock’s golden era and you’ll find as much great acoustic tone as you will be amplified. From Joni and Neil Young to The Beatles, the backbone of their most famous work is acoustic guitar. Same with ostensibly heavier acts such as Led Zeppelin and prog legends such as Pink Floyd.

Even if you’ve no aspirations to earning a platinum disc, we’d argue that getting serious about your acoustic game will enhance and improve all areas of your guitar playing and enjoyment of the instrument. Firstly, there’s the simplicity of the thing. You get out of an acoustic-only what you put in, which means you have to make music rather than noodle evocatively but aimlessly as is so easy to do on electric. This sounds daunting until you realise that a handful of simple chords will see you through a big chunk of the best songs ever written and keep a room full of people entertained far longer than the best solo you’ll ever play.

Develop a deeper relationship with the acoustic and there are further riches to discover. Fingerstyle guitar in both standard and alternate tunings is simply one of the most satisfying musical activities you can do on guitar, somewhere between a crossword puzzle and a poem, as you figure out how to make melodies dance from the strings in a silvery stream of harmonious sound. Those skills are transferable to electric, too – everything from rockabilly to Knopfler-style lead playing is enhanced by a right hand that’s learned some tricks from the masters of the acoustic guitar. That’s why we’ve put together this major feature on how to get more from acoustic, from improving your playing to finding the perfect guitar. 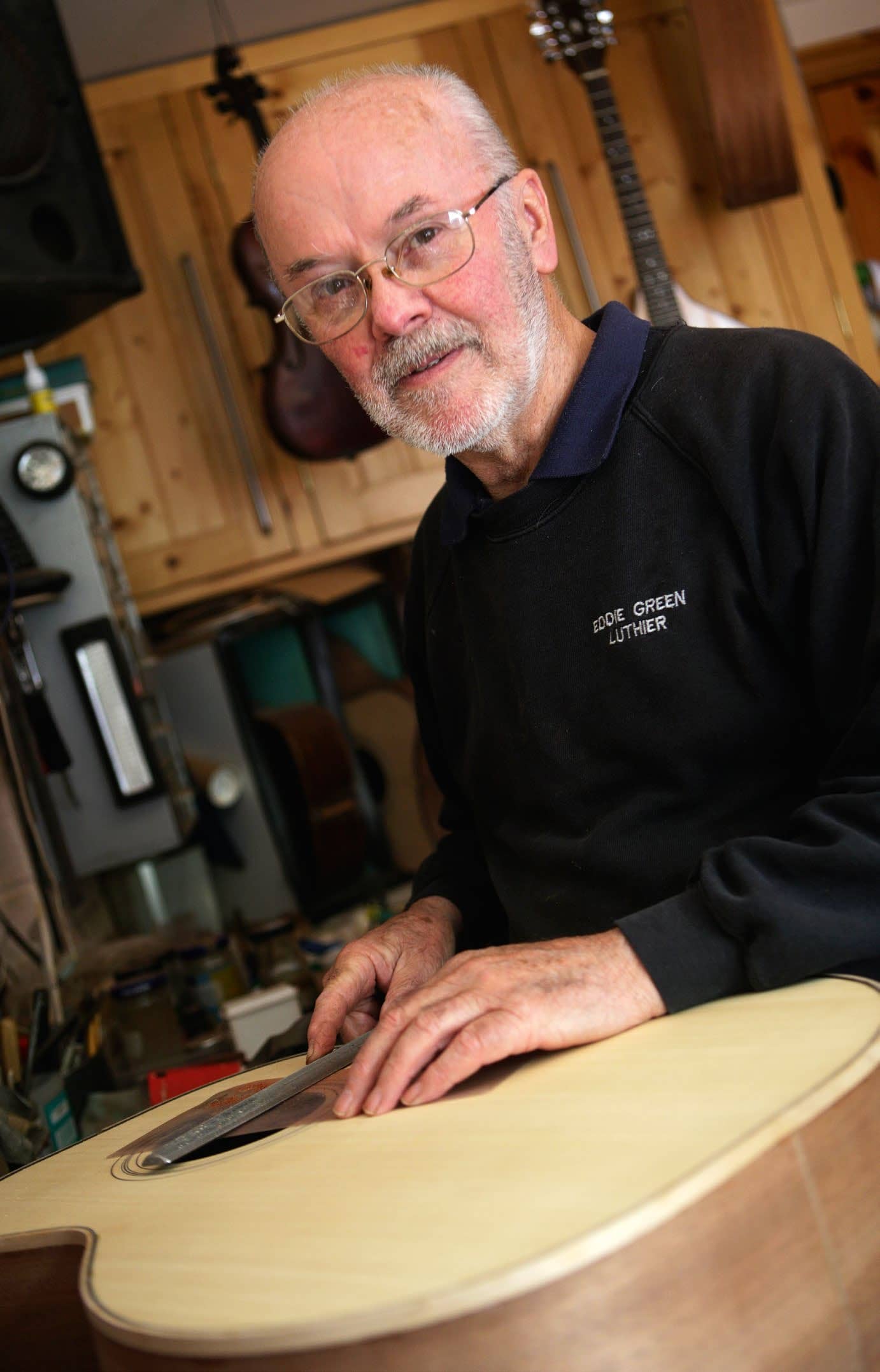 THE APPLIANCE OF TONE SCIENCE

Eddie Green has worked in the aerospace industry for many years, contributing to the construction of jet fighters such as the Jaguar, Tornado, and Lightning, as well as specializing in stress analysis at English Electric and BAE Systems. But he’s also a keen luthier, at one time working at Fylde Guitars with Roger Bucknall. It’s a rare combination you have to admit. Furthermore, Eddie is also the author of The Mechanics And Construction Of The Acoustic Guitar, so who better to ask for a wholly individual view on the inner workings of the humble acoustic guitar?

Whereas acoustic guitarists might spend hours in deep conversation about the effects of the different timbers and methodologies of the world’s guitar builders, as well as the usual talk of strings, nut materials, scale length and so on, Eddie’s attention is focused more on what he calls the ‘acoustic path’ – that is how a guitar produces tone from the initial vibration of a string and how those vibrations travel through the instrument’s body to produce the tones we know and love. We began by asking Eddie what he believes lies at the heart of an acoustic guitar’s tone…

“The strings play a vital role in the guitar’s tone – they are in effect the ‘heart’ that pumps the soundboard to produce the sound, and it is important to choose the right strings to give you the sound you want. Play them for a few months and the sound becomes dull because those important overtones have been lost.

“Stringed instruments are also unique in that the sound usually contains strong, even harmonics. This is because as the strings vibrate there is a slight increase in tension each time they reach their maximum amplitude, which is twice each cycle. The saddle/bridge assembly then transfers these tension fluctuations into face movements via the main X-braces, which in turn energise the secondary and finger braces in order to spread the vibrations into as much of the soundboard as possible. The fundamental frequencies are generated simply from the string tension increments making a slight angle to the saddle, up and down, while at the same time there being a forward ‘tug’ on the bridge that generates a rocking motion twice each cycle. 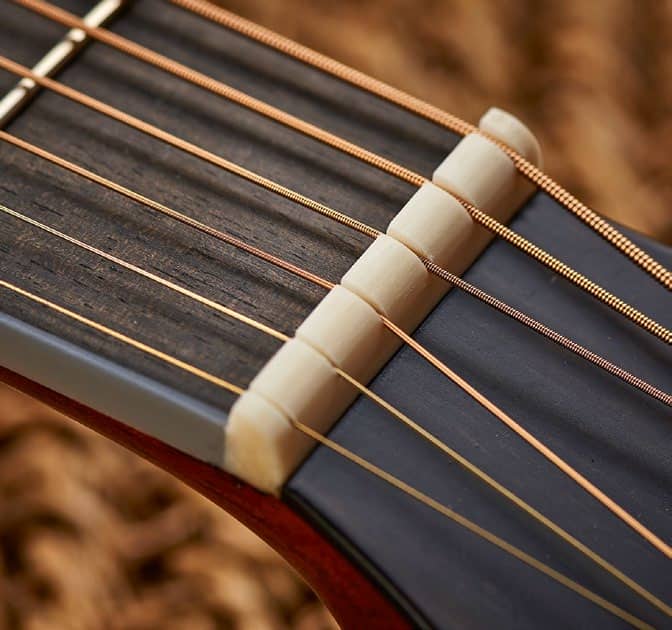 “The attached soundboard should have no dominant resonant frequencies itself since these would produce annoying ‘wolf’ notes, the ideal situation being that the forced fundamentals and higher harmonics generated by the strings are evenly transferred to the soundboard to produce the sound we hear. The final quality or ‘tone’ comes from a mix of the fundamentals and higher harmonics coming from the strings being subtly blended by local face and body responses, which varies with the materials and the skill and craftmanship of the maker.”

So the relationship between the string and the bridge is far more complex than most players will realise?

“The rocking bit is common to instruments that have steel strings because the steel is stiff and you do get this little added increment of tension twice a cycle, which rocks the bridge at twice the frequency of the fundamental. That was one of the things I discovered and I actually proved it with a little experiment, which is written up in the book. That’s the basics of what the strings do but then understanding how the forces from the bridge get into the bracing of the instrument and then pass around the soundhole into the neck to balance out, that’s a separate stress analysis. Nevertheless, if you understand that, you understand how the soundboard vibrates to produce the sound we hear.”

Talking about transferring the string vibration into the guitar itself, how does the material used at each end of the string length – the nut and saddle – make a difference to the sound?