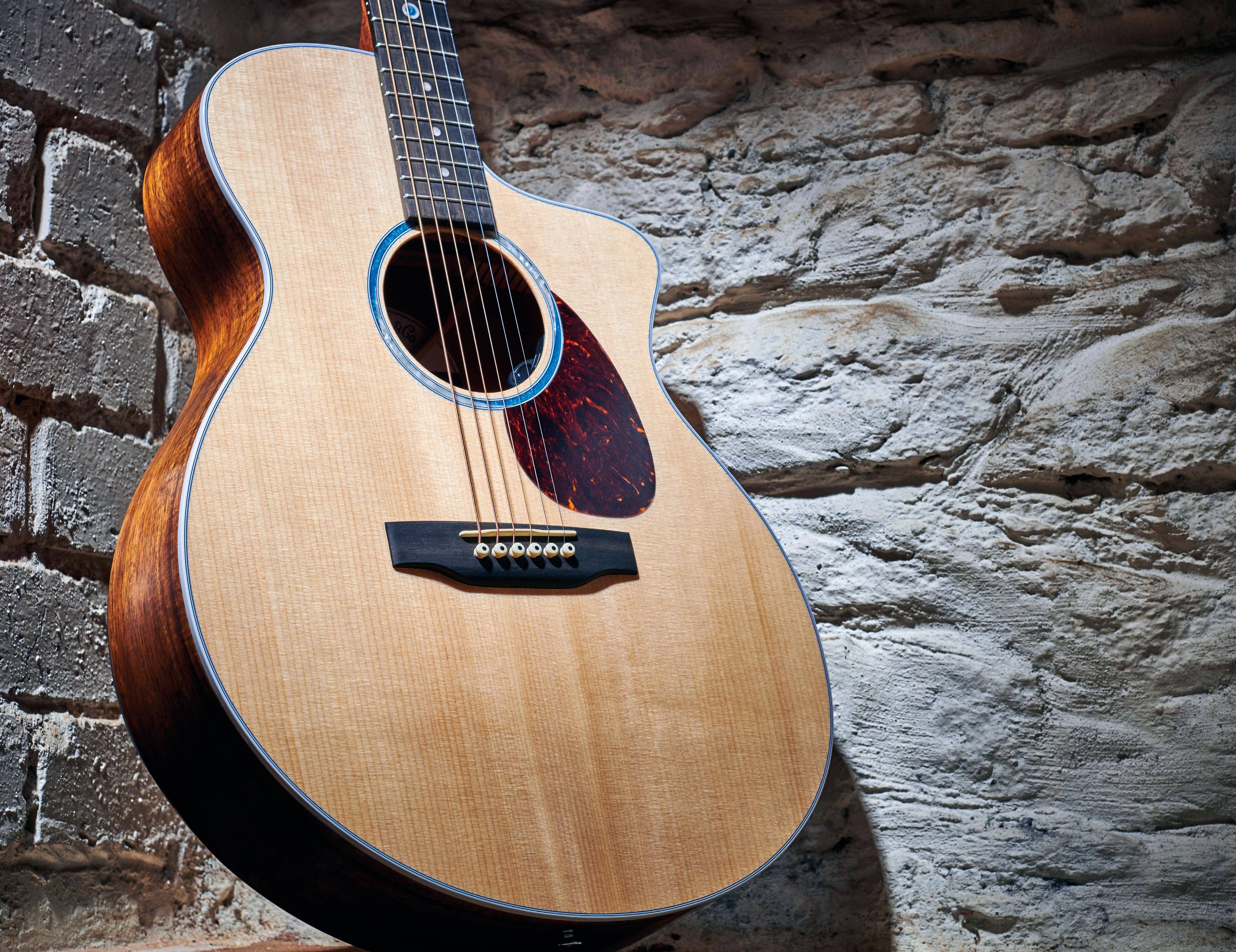 Martin’s big launch for 2020 is a very un-Martin-style ‘crossover’ guitar, strongly hinting at a desire to move forwards. A designer’s folly or the future?

If you’re a dyed in the wool Martin guitar fan, you might want to look away. By design, the new SC-13E isn’t for you. “It’s time to rethink what an acoustic-electric guitar can do,” states Martin. If you’re expecting a guitar loaded with digital images or perhaps the in-built acoustic effects of Yamaha’s TransAcoustic technology, you’d be some way off the mark. The electro SC-13E does feature the Fishman MX-T preamp, which includes a very neat onboard tuner, volume and tone controls, plus a phase switch intended to maximise bass response at lower volumes and conversely suppress feedback at higher levels. This is all placed in easy reach just inside the soundhole, which was developed at the request of Martin for its Road Series – but that’s it for any electronic trickery.

So, what exactly is the SC-13E? “It’s looks like a Taylor that’s been left on a radiator,” quipped an onlooker at the sizeable launch of the guitar earlier this year at the NAMM Show. And, yes, that’s the first most obvious difference: the new S-shape asymmetric body, a trendy offset if you like, that appears to take Martin’s interpretation of Taylor’s Grand Performer shape and drops its treble side, with it pulling the cutaway to a very un-Martin-like downward-pointing stance. 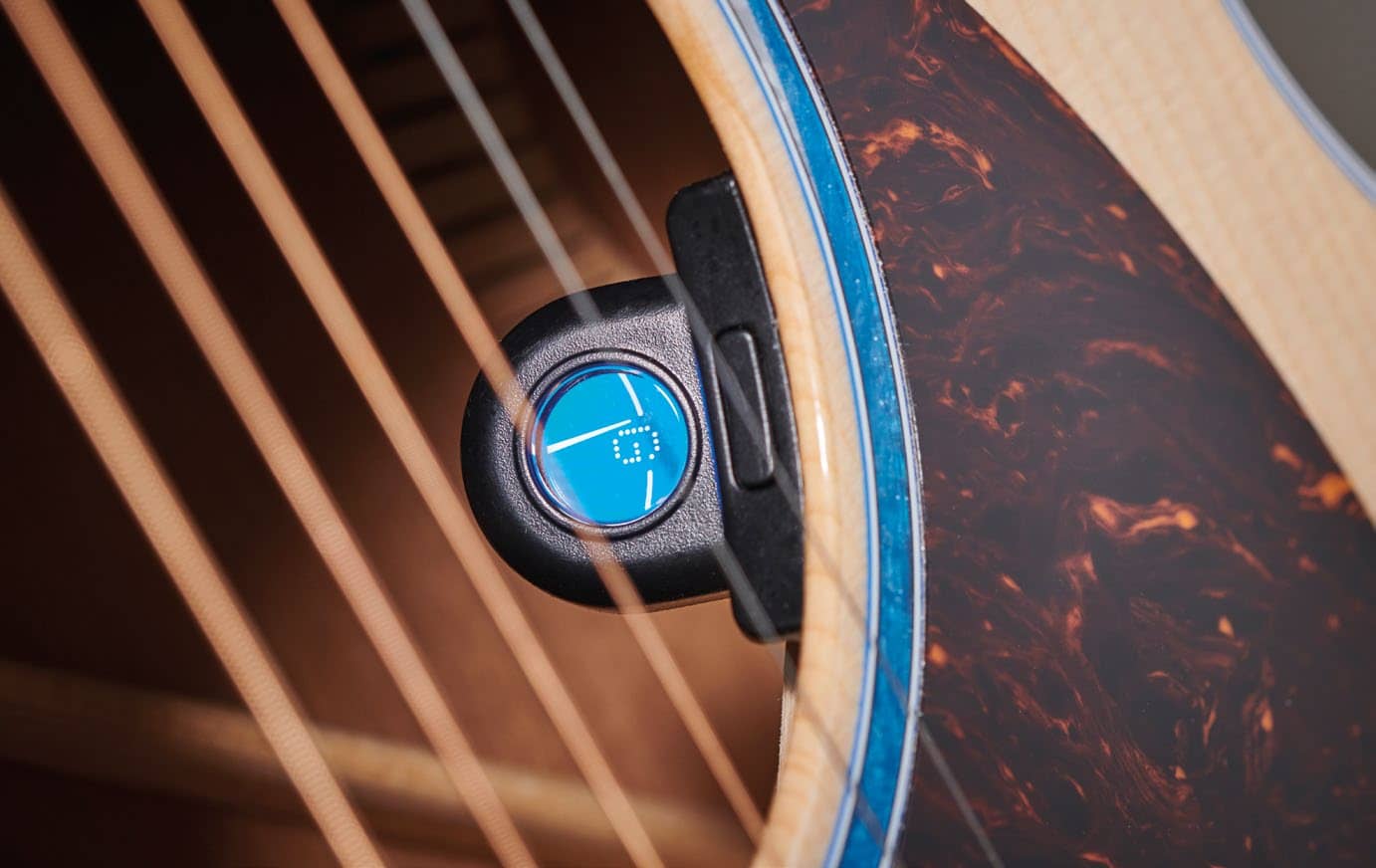 If that doesn’t have you spluttering, flip the guitar over and that curve of the cutaway is mirrored flowing into the heel, or rather the lack of heel. Says Martin: “With our patent-pending Sure Align neck system, we removed the heel, providing full access to all 20 frets. No more contorting your hand to reach the high notes. Now you can comfortably play the entire fretboard.”

To put the guitar in context, it sits at the top end of the Martin’s Mexican-made Road Series, and the equivalent conventional model is probably the GPC-13E with its 14th-fret neck join, conventional heel but still with the Style 13 appointments. It also comes with the same Fishman MT-X and a soft shell case. And just to add a little more confusion, the ‘13’ in the SC’s model name not only refers to that decoration style but also the fact that the neck joins the body at the 13th fret as opposed to the time-honored 12th or 14th frets – one of the many firsts within this guitar.

Radical modernism aside, the SC-13E sits with the all-natural gloss-finished body of the upper-end Road Series and shoots for a very traditional Sitka spruce top, while the back and sides are referred to as koa fine veneer. “Some have got confused about the back and sides material,” notes Martin’s international marketing consultant, Steve Harvey. “It’s essentially solid mahogany with a thin – we call it ‘fine’ – koa veneer over the top to give it some bling.” 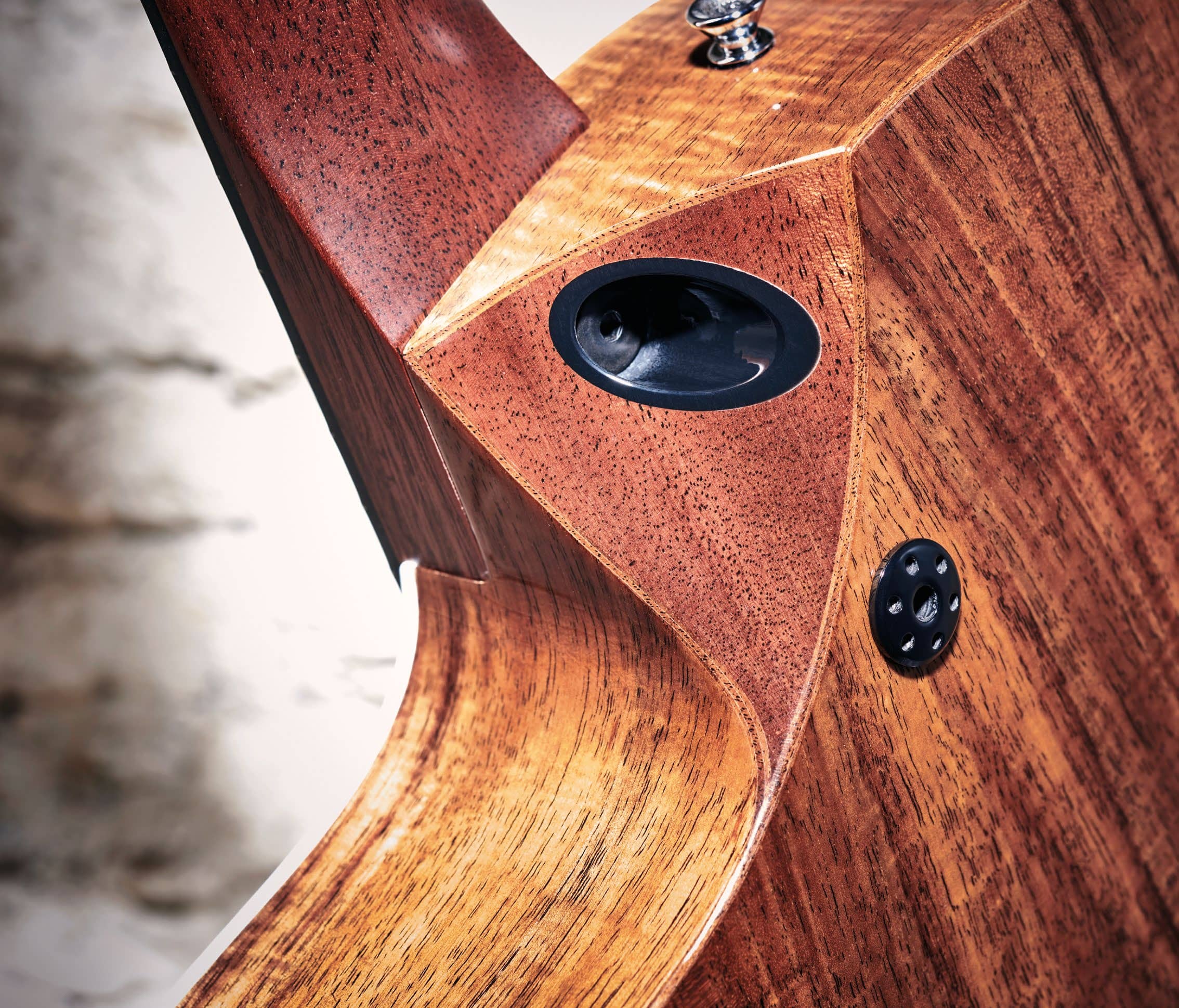 The body, then, has the simple white top-edge binding with a black/white inner purfling strip, although the back edge is unbound and you can see that laminate koa/mahogany/koa sandwich, especially under a loupe. Through the soundhole, you’ll also see that the outer koa veneer is vibrantly flamed; the inner facing is contrastingly plain.