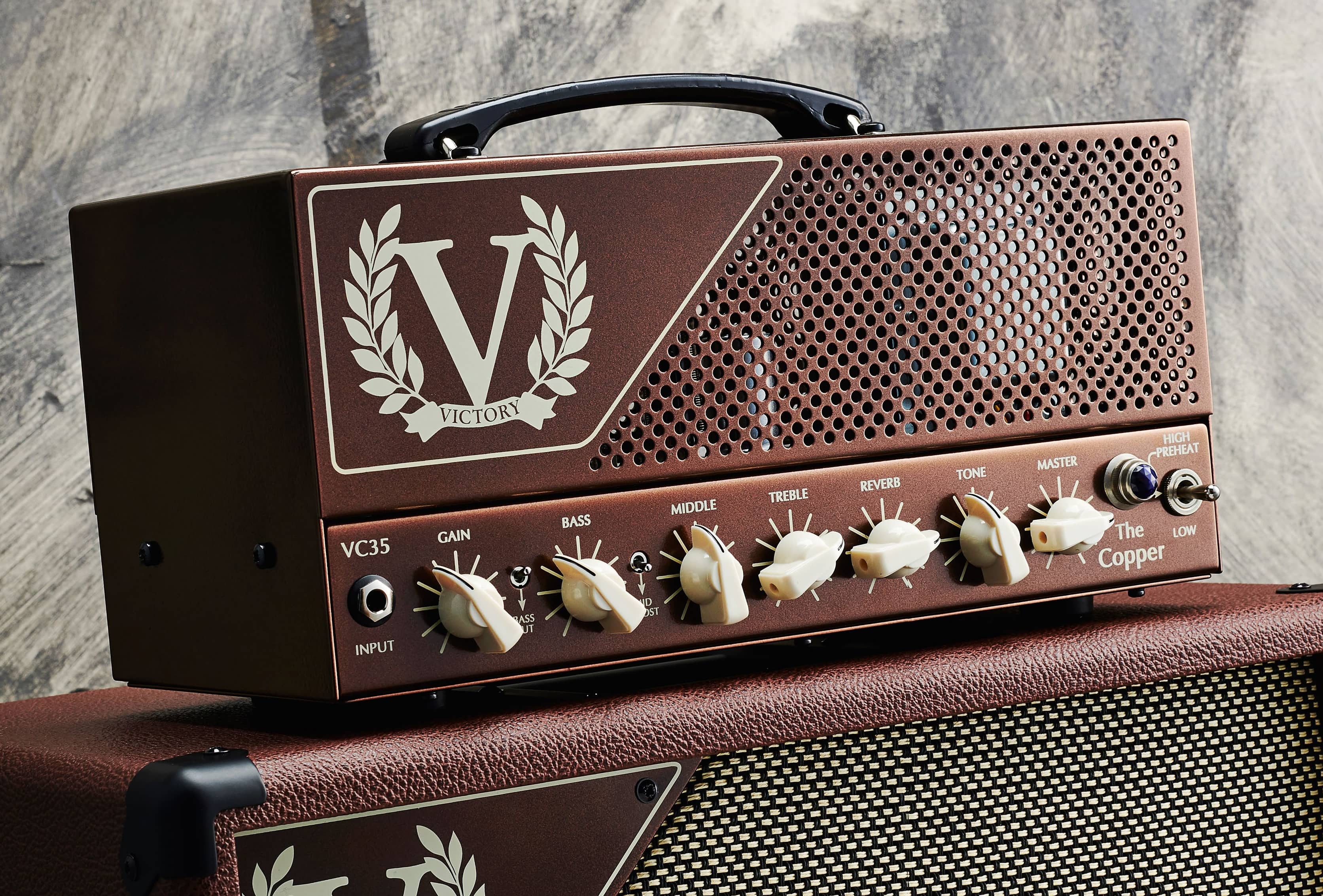 Victory Amplification continues to establish itself as one of the UK’s leading boutique builders with an enviable artist roster that includes Guthrie Govan, Richie Kotzen, Rob Chapman and Rabea Massaad among others. It’s fair to say Victory has the heavier end of the market well taken care of with amps such as The Kraken, but its range is more diverse than you may realise. To underscore that, the company has just released a new head that sits at the lower end of the gain spectrum, with a few special tweaks that make it rather unique. Let’s say ‘Evenin’ all’ to The Copper.

The Copper is part of Victory’s Compact Series, with an all-steel case and a perforated cover – the typical ‘lunchbox’ format that’s become so popular in recent years. Painted in a fetching dark metallic copper finish with white screen-printed logos and labels, it’s compact and portable, coming with its own padded gigbag that includes a pocket for the supplied two-button footswitch. As you might infer from the name, there’s an oblique hint of Dartford inspiration in The Copper’s design, which uses a quartet of EL84s in its output stage, as well as a NOS EF184 pentode in the preamp. The EF184 is a small-format pentode, similar to the EF86 found on early Vox AC amps but with a little more gain. It’s also been used in some valve microphones and hi-fi circuits, and was common in many early TVs. To our knowledge, there are no new EF184s currently being made, but thanks to the valve’s past popularity there’s a healthy NOS (New Old Stock) supply, with no likelihood of shortages.

The rest of the internals are typical Victory: robust PCB construction with one main board holding the valve sockets and front panel controls, a daughter board for the reverb, and smaller PCBs for the rear panel sockets. There’s quite a lot of wiring crammed into the remaining space, but it’s all neatly routed and tied.