Tales from the Deep 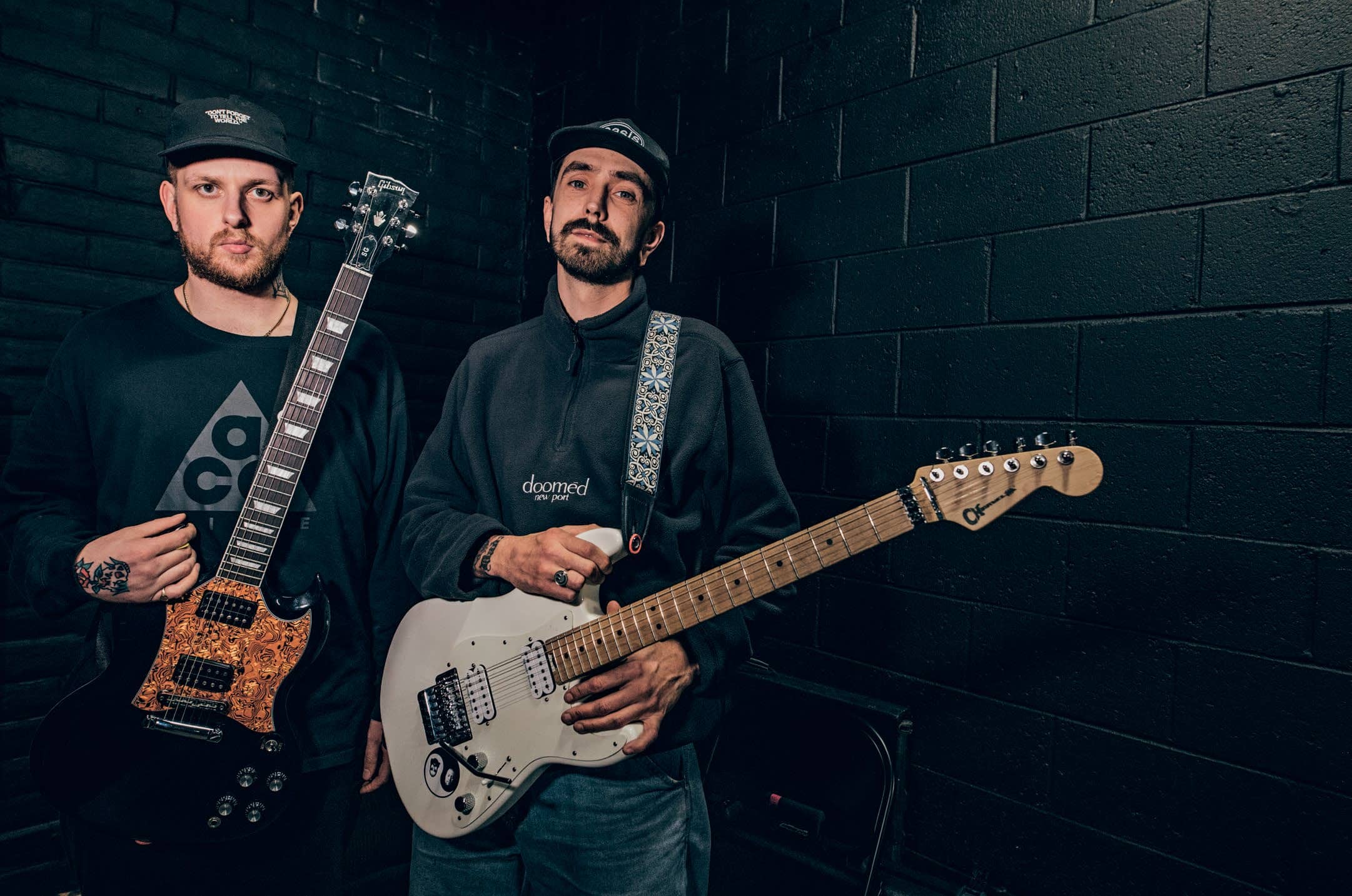 “WE COME FROM hardcore, but I don’t think of us as a hardcore band,” says Higher Power guitarist Louis Hardy. “I don’t listen to it and think this sounds like hardcore music. I just think of it as a rock band.”

One spin of the Leeds, England-based crew’s excellent new sophomore record, 27 Miles Underwater, and you’ll immediately hear what Hardy is talking about — and why their genre-defying sound has made Higher Power one of the most exciting new acts in hardcore punk. Take opener “Seamless,” for example, which kicks off with a crushing, groove-heavy riff and seething vocals before transitioning into a massive, dreamy Deftones-meets-Jane’s Addiction chorus. Higher Power explore this hook-filled, crossover sound throughout the album’s remaining 10 cuts — pushing the boundaries of traditional hardcore while staying firmly true to its spirit.

“Because [our] approach to writing catchy rock songs comes from a DIY hardcore mentality, it has a lot more integrity than just sitting down and [saying], ‘Let’s produce a big pop song… a catchy song that means nothing,’” Hardy says. “We’re so heavily invested, emotionally, and we’ve sacrificed so much to make the band work… The passion for it… everyone is living it.”

And if Higher Power’s current trajectory is any indication, the band — which also features singer Jimmy Wizard and his brother, drummer Alex, bassist Ethan Wilkinson and guitarist Max Harper — is on the verge of living larger than they’d ever imagined. After self-releasing their 2017 debut, Soul Structure, Higher Power caught the attention of Roadrunner Records, which signed them and released 27 Miles Underwater this past January. Their major-label debut garnered widespread praise from critics and fans alike, with Billboard including Higher Power in their staff-picked Best Alt & Rock Songs list and Revolver’s metal fans voting them the top act most likely to break out in 2020.

But today, as Guitar World sits down with Harper and Hardy at a noodle shop in Williamsburg, Brooklyn, the two are focused on more immediate concerns: namely, finishing their seitan and vegetable plates so they can throw down at tonight’s sold-out show at nearby venue Union Pool. While this isn’t the first time Higher Power have toured the U.S., it is the first time they’ve headlined — something unfathomable for these twentysomethings just a few short years ago.

“I never thought I’d even get to go to America. I’d never even left the country before I started touring,” Hardy says. “You feel like you’re in a movie. The first time I came it was very surreal. You grow up watching American movies and absorbing American culture and media… It’s like this other world.”

“Our whole slogan, ‘Where the freaks at?,’ caught on, and the people are into that now,” Harper adds, in between bites. “The first couple of tours people were just kinda figuring us out. Now people get it here. People understand us more in America now than they do in Europe.”