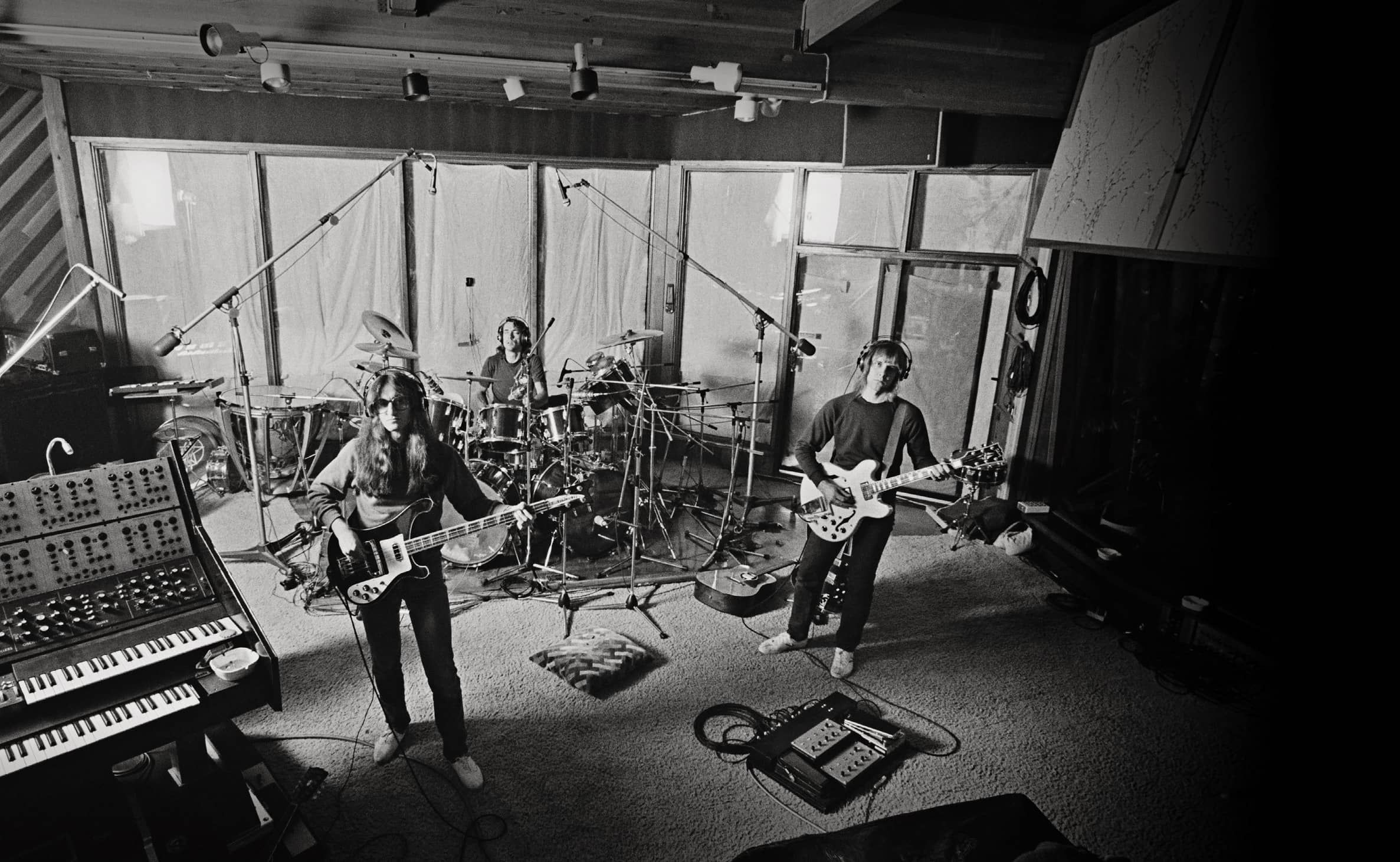 After the “soul-crushing” slog of Hemispheres, the planets seemed to align for Rush when it came time to record their next album, 1980’s Permanent Waves.

IF YOU TAKE the spiral staircase down to Geddy Lee’s basement studio in his Toronto home, you enter a veritable Aladdin’s cave with guitars and basses hanging from every available space on the tartan-covered walls. Classic and obscure models in every conceivable color make up a lacquered rainbow of instruments in a room where musical history has been made more than once. At the far corner of the room hangs a hand-tooled bass that holds almost as much history as this entire home studio: a pale Fender Jazz with a Le Studio logo imprinted into its headstock.

Geddy takes it down from the wall and starts plucking abstractedly at its strings. “This was gifted to me from a guy called Mike Bump and the Fender Custom Shop people,” he says. “The wood came from the door to the sound room at Le Studio. Alex [Lifeson] got a Telecaster and Neil [Peart] got a pair of drumsticks. I guess one of the ex-employees had contacted Fender and told them that this wood existed, and he took it upon himself to have it sent to Mike. We knew nothing about it, and so it was a very emotional thing when they arrived because all these memories of recording in that studio came flooding back.”

Le Studio, set on Lake Perry and in the foothills of the spectacular Laurentian Mountains in Quebec (“It was truly a part of the great Canadian landscape,” Geddy enthuses), not only marked a new decade and studio for Rush, but also an era when they would change the way they worked, how they wrote songs and, not to overstate things, their place in the world.

To understand how Rush were moving forward in 1980, you first have to go back to the tail end of the Seventies. After the relative ease of the recording of A Farewell to Kings, Rush returned to Rockfield Studios in Wales in the summer of 1978 — and hit a wall. Songs came slowly, creative energy was sapped, day became night, their working habits inverted.

“During Hemispheres we were like these monks,” Lee says. “At one point during that album we stopped shaving, we sort of turned into these fucking grotesque prog creatures in this farmhouse making this record, working all night, sleeping all day. Permanent Waves was quite the opposite.

“You have to remember that Hemispheres was the record that wouldn’t end. Everything about making that was exceedingly difficult. We were in Wales for far too long. I don’t remember more than three moments where we actually left the farm in over three months. We were very happy with the record, but it felt like we lost a chunk of ourselves in it.

“The other realization I had was that I felt that we were becoming formulaic,” continues Lee. “These long, epic, side-long pieces were becoming inadvertently down pat; overture, theme here, repeat theme here… In and of itself, it was complex, but in actuality we were repeating ourselves, and I didn’t want to do that. So we concertedly tried to shift direction. You know: Can we work in a seven-minute time frame? Can we put that limit on what we’re doing and see if we can make that more tuneful, more interesting and still complex? That was our goal.”

Ready to write in earnest for the next album, which would become Permanent Waves, Rush headed to the quiet solitude of northern Ontario (a regular thing for the band when getting ready to record a new album), this time settling into a cottage at a place called Windermere in the Muskokas. They fleshed out some new ideas, tempered by the notion of bringing some brevity to their songwriting. “That’s the thing about Rush music, though,” Lee says with a laugh, “five minutes feels like 20.” 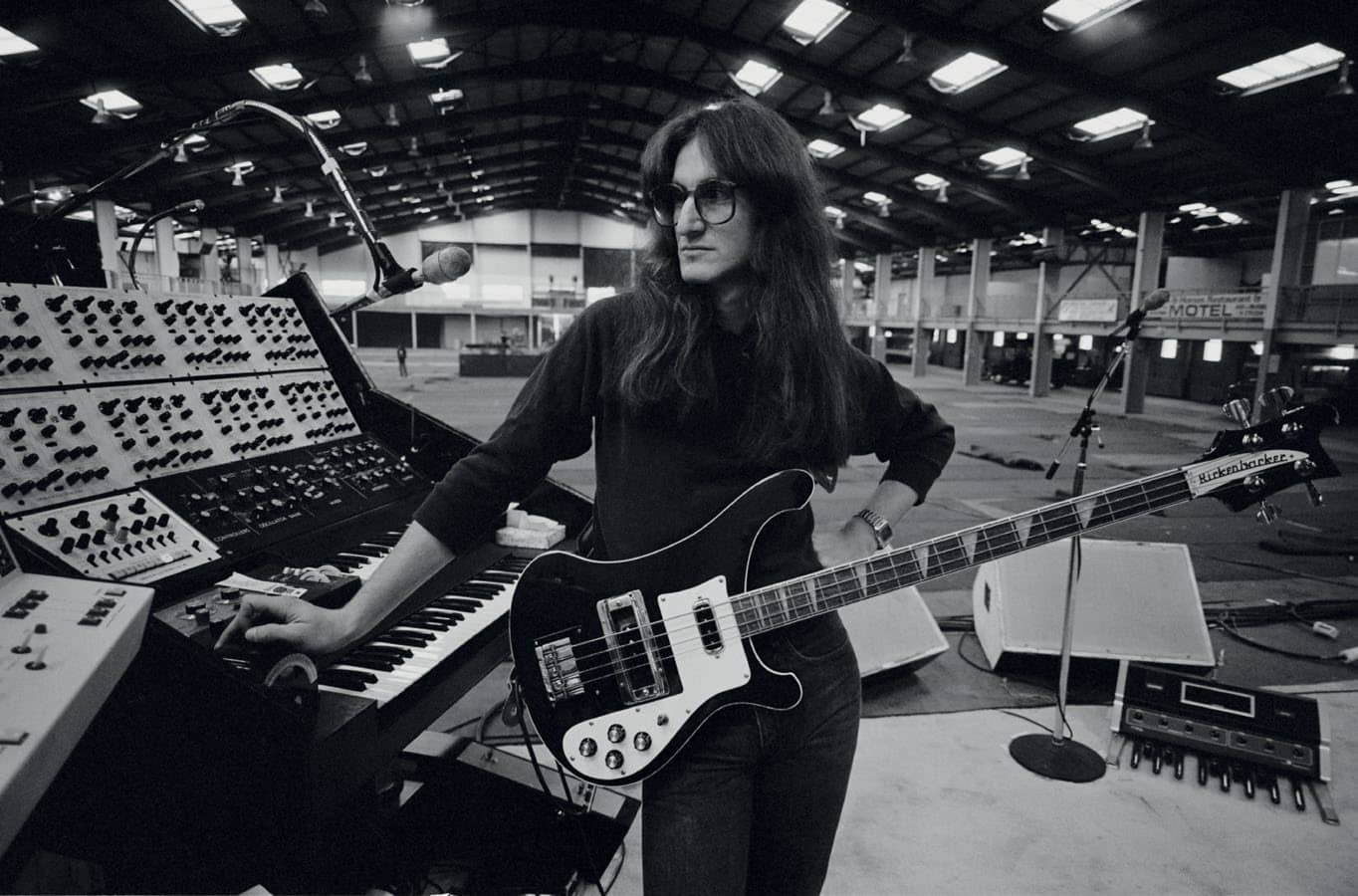 Lifeson, Lee and Peart set up home, with all the equipment they had brought with them filling the basement. Throughout the day, Lee and Lifeson would sit at either end of the sofa, the two of them trading riffs and ideas on acoustic guitars. “We’d write all day,” Lifeson recalls, “and we’d record our ideas on a cassette player while Neil worked on lyrics in his room. Then after dinner we would get together in the basement, with Neil’s drums taking up most of the space, and we would work on the arrangements as a band. Although [producer] Terry Brown didn’t move in with us, he did join us from time to time as the arrangements began to blossom.”

“I spent a few days up at Windermere with the boys doing pre-production,” Terry Brown says. “That was time well spent. The guys might correct me on this, but I don’t think we did any writing in the studio; it had gone that well up the cottage. We would still be fine-tuning and making adjustments until we captured a take for the album, but most of that was happening in Le Studio.”

“We were very well-rehearsed and well prepared. The songs were there,” Lee says. “We’d had really good writing sessions tucked away in that cottage. I have very strong memories of writing ‘Spirit of Radio’ and songs like that there, the two of us in the living room, hammering away at our acoustic guitars, and Neil appearing intermittently with his sheets of lyrics.”

“‘Spirit’ stands out for me too,” Lifeson says. “But ‘Freewill’ and ‘Jacob’s Ladder’ do too, and that’s just side one. I think we were very pleased that our writing was moving in multiple directions yet carried the sonic stamp of us as players.”

“The strength of the songs and Alex starting his fascination with remote-control airplanes,” Lee says.

“Those are my enduring memories of the cottage. As soon as we got a break from writing, he would go out and try to fly these planes. And of course they’d eventually get lost and we’d have to send out a search party for the plane! He carried his fanatical love of model aeroplanes to Le Studio, and we lost a few there too.”

Neil Peart visited the now near-derelict Le Studio in 2014 (a fire would destroy the site a few years later) and stood among the remains to reflect on the memories of his time there.

“It’s sad that it’s gone, and it’s especially sad that no rock band will enjoy that retreat,” he told George Stroumboulopoulos. “What it meant artistically and personally together, to work in the studio all day then go play volleyball at night. Those experiences, artistically and as a collaborative unit.”

Whatever magic was falling through the Canadian sky in the autumn of 1979 was turning into creative pay dirt for Rush. Each day unearthed some new gem.