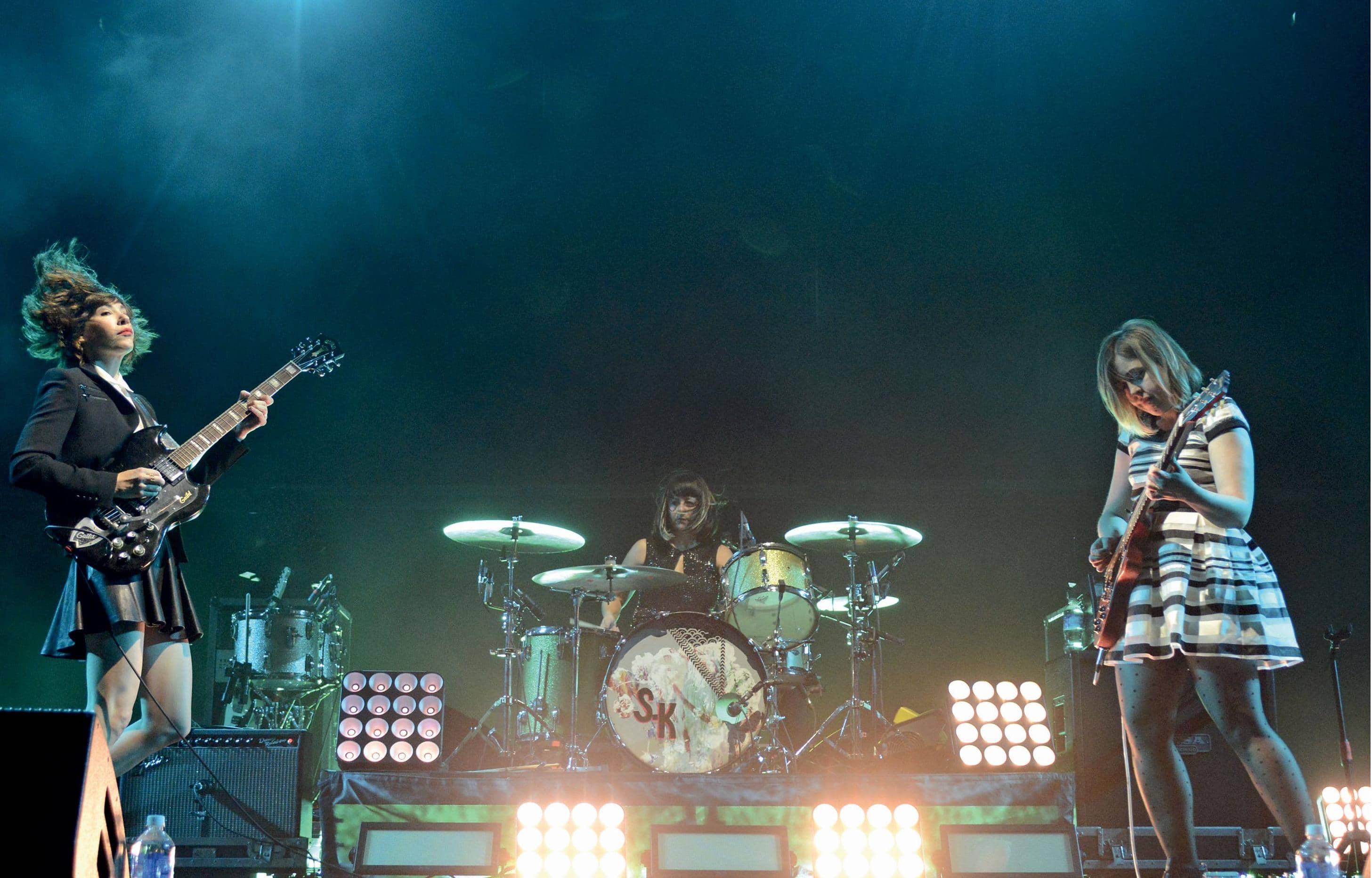 FIVE YEARS AGO, alternative rock fans were ecstatic when the pioneering feminist punk trio Sleater-Kinney called off their nine-year hiatus and released their most raucous and diverse album to date, No Cities to Love. Fast-forward to 2019, and the group has made even greater stylistic leaps on a brand new disc, The Center Won’t Hold. Days before the album’s release, however, co-founding guitarists Corin Tucker and Carrie Brownstein were stung by the surprise news that longtime drummer Janet Weiss was packing it in.

Both women are loath to discuss the reasons behind Weiss’ departure; but when pressed, Tucker says, “We asked Janet to stay, but she said, ‘I’m definitely leaving.’ We feel like her drumming on this record is great. We’re really proud of the work we’ve done, and we’re just kind of moving ahead in terms of how we’re going to play this album for people so they can hear it. As for anything more on that, I think it’s for Janet to say.”

The famously political group doesn’t shy away from current events on the new album. Indeed, the harrowing title track explores what Brownstein calls “the fractious and tumultuous period we’re in leading up to the next election.” But she’s also quick to point out that many of the tracks carry multiple meanings. “Some of them could be seen through a political lens,” she says, “but at the same time they spread out and deal with deeply personal issues, through various iterations of fragility. You can react to them how you want.” 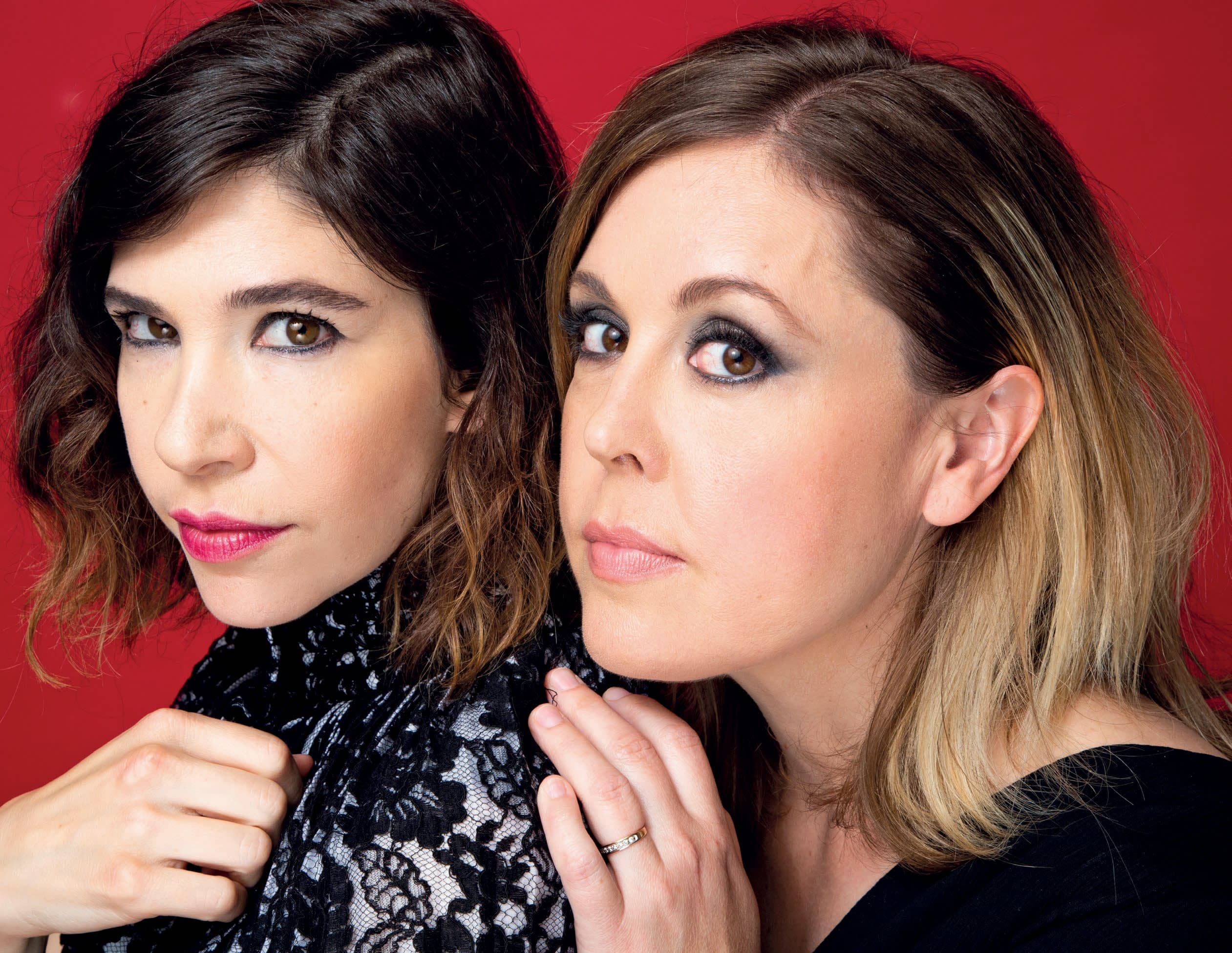 While Tucker and Brownstein’s famed twin-guitar/no-bass approach is still evident throughout The Center Won’t Hold — sparky, fuzzed-out guitar riffs and snappy yet lyrical solos abound — songs such as “Reach Out,” “Hurry on Home” and “Love” gurgle with the sounds of synth and electronic underpinnings. Brownstein credits producer St. Vincent (aka Annie Clark) with this radical change to the band’s sonic palette. “One of the biggest reasons we wanted to work with Annie was because of her prodigious imagination and her desire to be innovative,” she says. “She challenged us on multiple levels, embracing our methodology while re-assessing our strengths. She presented us with a new toolbox and showed us a way we could reconfigure our sound. A lot of times, what you think are guitars are keyboards, and vice versa.”