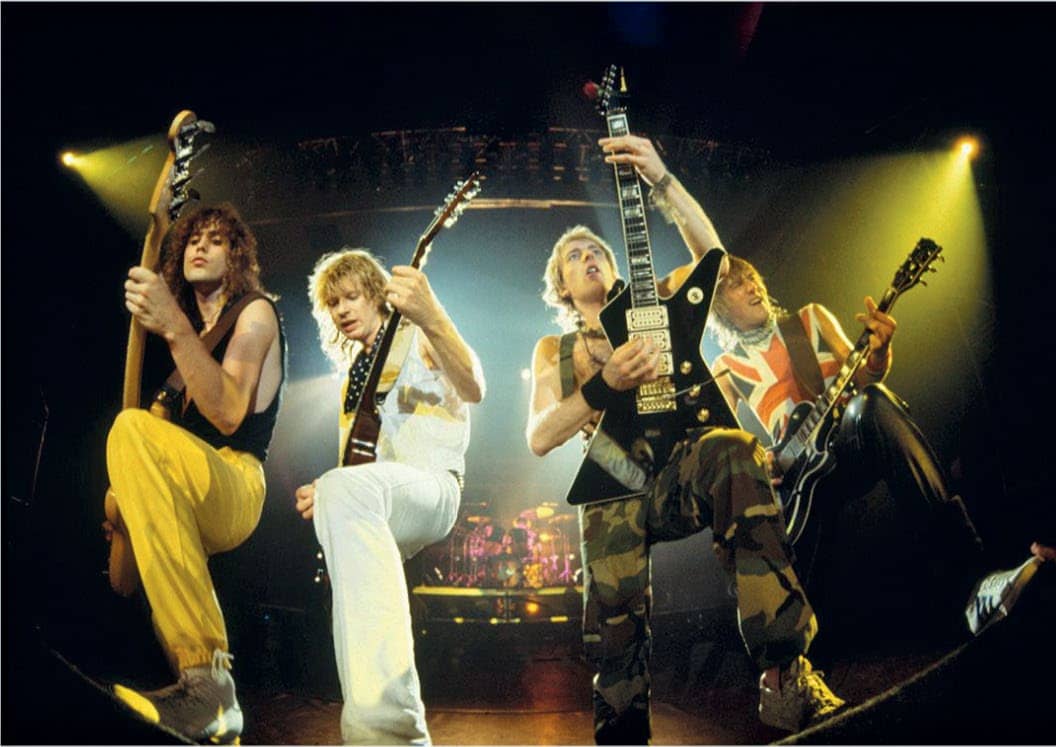 U.K. FIVE-PIECE DEF Leppard burst out of the New Wave of British Heavy Metal scene in the late Seventies and released their debut album, On Through the Night, in 1980. They quickly followed up with 1981’s High ‘n’ Dry. By the time the band released their commercial breakthrough, Pyromania, in 1983, founding guitarist Pete Willis had been fired and replaced by Phil Collen. Hysteria, which followed in 1987, brought the band worldwide commercial success and etched them forever into the annals of rock history. Forty years on, the band are enjoying a busy 2020; projects include the recently released box set, The Early Years 79-81. Spanning five discs, it contains remastered editions of On Through the Night and High ‘n’ Dry, a newly unearthed Live at the Oxford New Theatre, recorded on their 1980 U.K. tour, along with a collection of B-sides, remixes, further live cuts and more. We recently caught up with Joe Elliott and Phil Collen to discuss the early years of the band.

The new box set includes an unreleased and much rawer-sounding version of “Rock Brigade,” originally produced by Nick Tauber. Why wasn’t it ever released?

JOE ELLIOTT It was raw in the wrong sense, as to us it sounded flat. It was literally recorded live, but we overdubbed the guitar solo, the lead and backing vocals in a day or two. We did four songs, “Wasted,” “Rock Brigade,” “Hello America” and “Glad I’m Alive.” Nick had worked with, oddly enough, a bunch of pop bands previously where he did add a lot of energy to it, and he had also done “Whiskey in a Jar” by Thin Lizzy, which was the only thing we were aware of at the time that he had done. It’s great to say it had a “rawness,” but it just wasn’t well-produced rawness. It sounded weedy. If you listen to the guitar sound on “Wasted,” it literally sounds like the might of an acoustic! And that wasn’t who we were. We didn’t fight for our corner hard enough during those early sessions. When we later got into the studio with [producer] Tom Allom, one of the few things we said to him was, “Don’t make us sound weedy.” In comparison to the single that Nick did, some people may argue that On Through the Night is over-produced. But down the road people will then say it’s completely raw compared to Hysteria or something like that. Now with hindsight, I’ve no issues at all with it being released because it is a historical document now, so people can agree with what I’ve just said — or disagree.