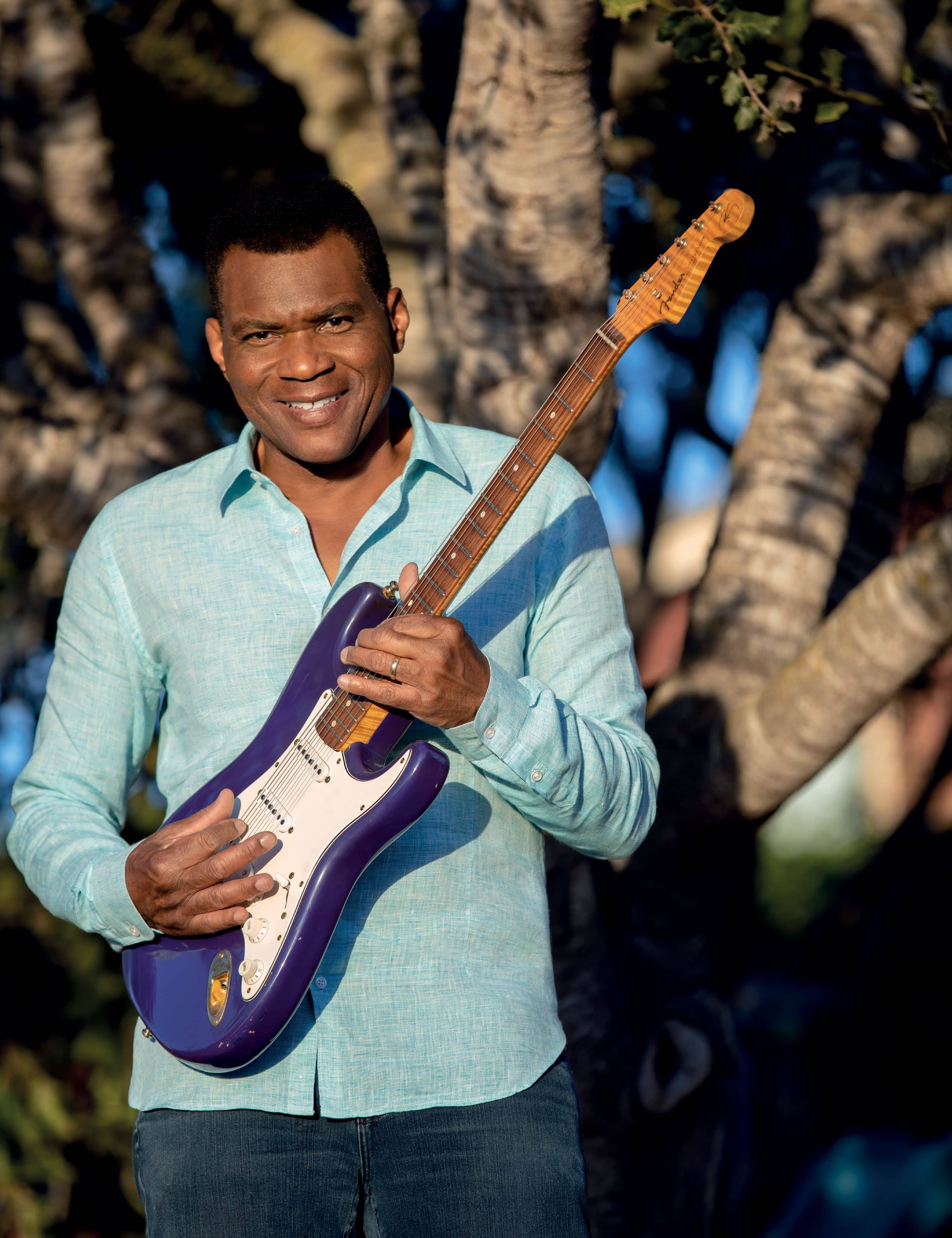 This Georgia-born axe-slinger’s style and Strat tone are instantly recognizable. He’s recorded with Eric Clapton, performed with a who’s who of blues legends, from Stevie Ray Vaughan to B.B. King to Hubert Sumlin, and he just released a funky new album called That’s What I Heard? But what Guitar World readers really want to know is…

Q: WHAT AMPS AND EFFECTS ARE YOU USING THESE DAYS? — JASON ALLWOOD

Right now I play through two Matchless Clubman 35 brains and speaker cabinets and I also use a Fender Vibro-King. I use the Matchless for the times I use vibrato so that I can have it in stereo, and I use the Vibro-King on its own for certain tunes. Other than that it’s a vibrato unit my guitar tech made for me that he got from the schematic of the original Magnatone so I could have that mono vibrato. A little bit of reverb and that’s it.

Q: Why did you call your latest album That’s What I Heard? — K. Fuller

Because it’s got a little bit of everything. We did a bunch of covers by some of my favorite artists, like Curtis Mayfield and Bobby “Blue” Bland. There’s also a funky groove by Don Gardner (“My Baby Likes to Boogaloo”) along with a Sensational Nightingales song, “Burying Ground,” which is a gospel tune. Then there’s some tunes we wrote as well.

Q: The new album has a Sam Cooke vibe to it. Was that by design? — Andrew Narvaez

The whole idea came about because [producer] Steve Jordan wanted to take us into Capitol Studios [in Hollywood]. It was the first time for us there as a band and it was amazing. Just being in that studio with the great engineers, microphones and the atmosphere that place exudes was exciting. Seeing the old photos on the wall and knowing all the great artists who performed there. The reverb system that Les Paul built is still in existence there — as well as all of the charm.

Q: Steve Perry joined in on vocals for “Promises You Can’t Keep” on the new album. How did he get involved? — S. Robinson

There’s an upstairs room in Studio B at Capitol that I was in after we had taken a break. I remember coming down the stairs and seeing this guy standing in the doorway. I thought, Wow, they must have left the door open and people are just wandering around in the halls. Then I did a double take when I recognized who it was. Steve had actually come by to visit his friend, Niko Bolas, who was one of the engineers. He wound up hanging out with us all day and we invited him to sing on that track.

Q: How would you personally describe your songwriting process? — Dan Crowley

Ideas can come from all different kinds of situations. Sometimes I’ll hear music when I’m in the shower or if I’m chopping vegetables or just hanging out. That’s when I’ll go into a little room I work in and try to make the idea come to fruition. Whether it’s just playing on the guitar or recording the idea. However I can get it, I’ll take it.

Q: Do you have any notion or idea when it comes to delivering a solo? — Robert Bauer

I just improvise and let it fly. I think it works best that way. You just go in and start playing and when it comes time for the solo, it’s what you’re feeling right then and there.