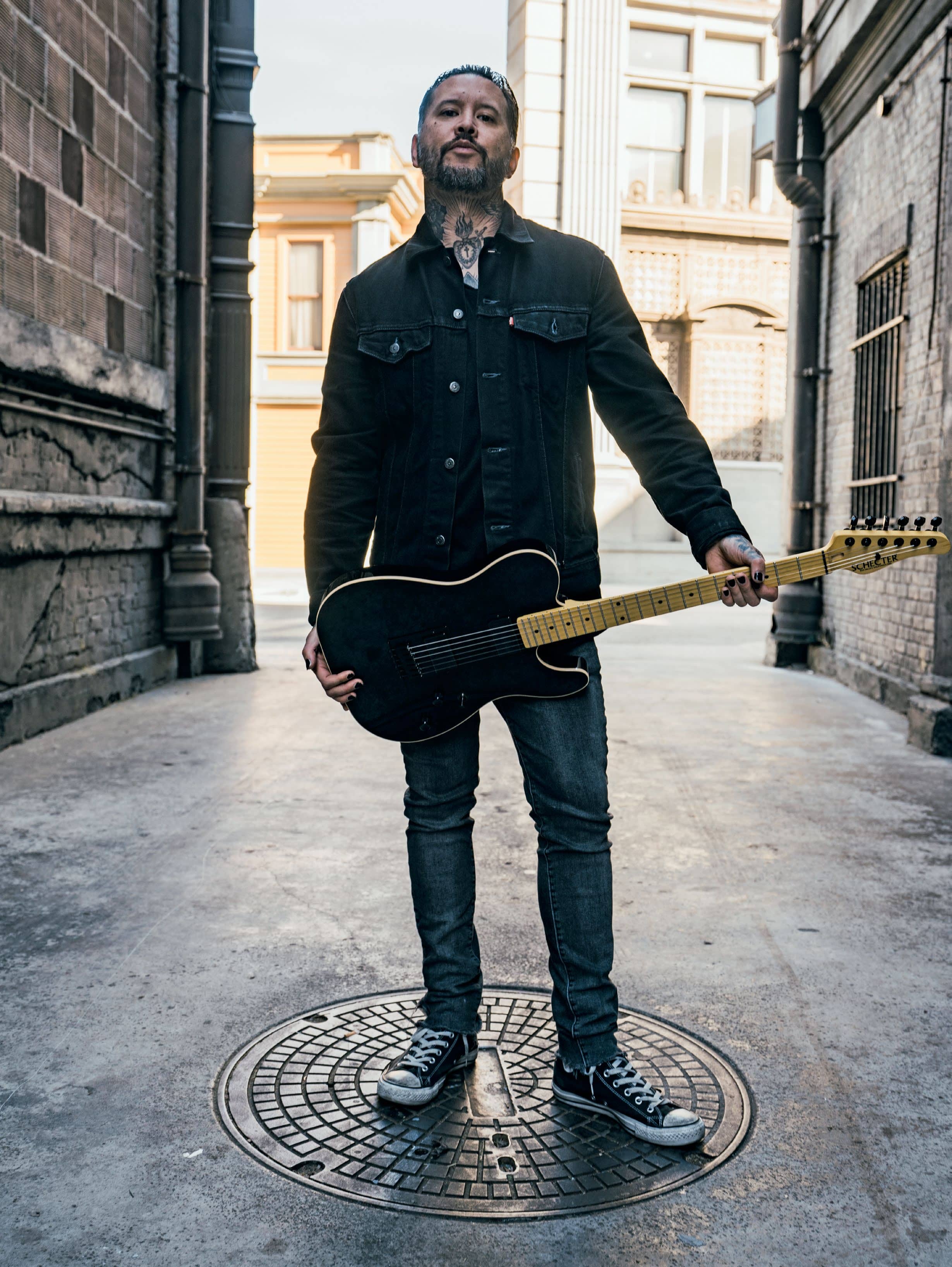 DURING THE PAST two decades, Tim Stewart has established himself as the first-call guitarist for pop music’s biggest stars. Even a cursory glance at the 44-year-old Los Angeles-based ax man’s credits is nothing short of staggering: He’s toured and/or recorded with artists such as Rhianna, Jennifer Lopez, Janet Jackson, Mariah Carey, Miley Cyrus, Britney Spears, Adam Lambert — and that’s just for starters.

So what is it about Stewart — or more specifically, what is it about his guitar playing — that places him in such high demand? By his own admission, he’s not much of a showboater. Given his druthers, he’s content to lay back and play deep, in-the-pocket grooves — although when called on to bust out a solo, he’ll uncork a metallic-tinged doozy. “It’s a funny thing, because nobody’s ever come out and told me, ‘Hey, I like you because you do this,’” he says. “I think people hire me because I’m versatile. I can play rock, funk, R&B and pop. No matter the style of the song, I really get into the rhythm. To me, that’s what makes music tick. Sticking with that pocket is harder than it sounds, but once you get it, it becomes part of your mindset.”

For the past few years, Stewart has been a key fixture in Lady Gaga’s band. He recalls the experience of playing with the pop star at 2017’s Super Bowl as one of the most memorable moments of his career. “There’s no way I can fully describe the feeling you have on that stadium stage,” he says. “You’ve got everybody around you, and you’re being beamed out to a billion people around the world. It’s thrilling, humbling, scary, crazy — you’re like, ‘This can’t possibly be happening, right? This must be a dream.’”

Since last year, Stewart has been playing with Lady Gaga at her ongoing residency shows in Las Vegas, but he stresses that this is no schmaltzy lounge gig. When the band isn’t performing one of the pop icon’s many hits, they might be prompted to segue from jazz standards to an Iron Maiden cover. “She’s in this upper-stratosphere of fame, but people have to remember she’s a serious musician,” Stewart says. “She’s really trippy and exciting in that way. There is no limit to the kinds of music she likes to play, and that’s why we get so many types of people who come to see her. We get pop fans, but we get the guys from Anthrax and Slayer, too. For a lot of the show, we do a German industrial thing, so I tune down to C and just go. For a guitar player like me, it’s so cool to be a part of that.”

During breaks in Lady Gaga’s Vegas shows, Stewart has been flying back home to Los Angeles to join guitarist Greg Suran in the American Idol house band. Having studied jazz and classical guitar at Cal State University, Stewart likens his tenure on the show to something of a continuing-ed course in music. “American Idol is very fast paced, and there’s so much material I have to learn each week,” he says. “And I have to get things right — my tone, my phrasing. There’s no room for slop. The whole band is full of top-notch players. I’ll sit with Greg and go through stuff, and at times it feels like I’m getting paid to take lessons.”

With his dance card perpetually filled, one might imagine that Stewart has little time for his own musical endeavors, but back in 2013 he and his co-guitarist in Lady Gaga’s band, Ricky Tillo, found a few minutes in their schedules and formed a hiphop/thrash group called the band knives.

The outfit released their debut album, KNIVES, last year, and they’ve just issued a follow-up titled 11110. Beyond time constraints, geography is also a sticking point for the band: Tillo is based in Toronto, while singer Mr. J. Medeiros lives in Paris.