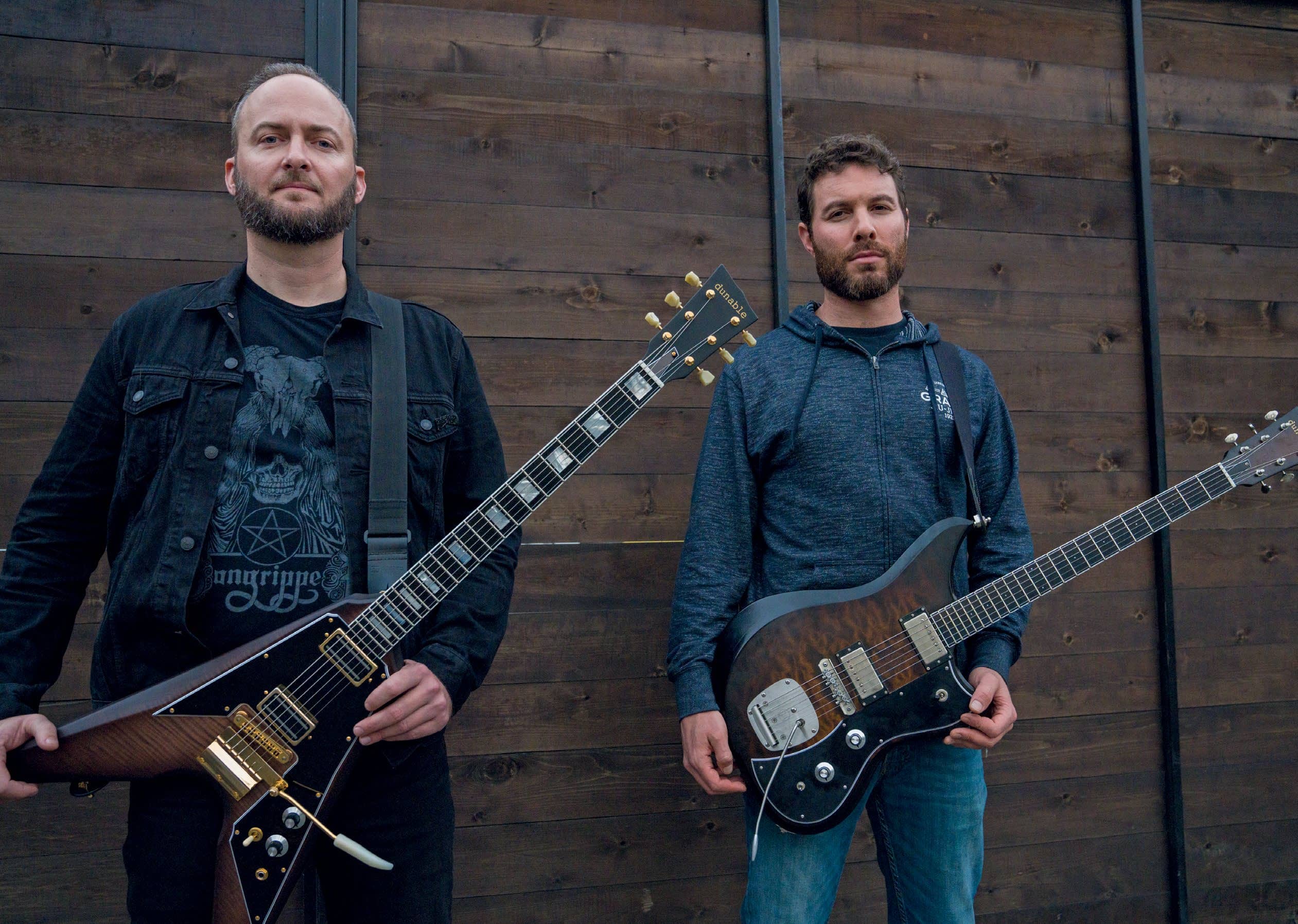 MEET INTRONAUT GUITARIST SACHA DUNABLE, THE MAN BEHIND DUNABLE GUITARS, MAKERS OF THE YETI, THE CYCLOPS AND OTHER OUT-OF-THIS-WORLD AXES

PART OF THE rock star dream is landing that hallowed endorsement deal, where your level of fame can no longer be denied and some big-name or boutique shop comes begging to custom-build your ideal axe. Sacha Dunable is now living that dream… kinda.

Dunable has achieved undeniable success as the guitarist and singer of prog-metal weirdos Intronaut, putting out a string of albums to a rabid cult of fans and scoring coveted touring spots with bands of the caliber of Mastodon. And he does have that hard-working luthier hard at work.

On the phone, Dunable sounds somewhat exhausted and slightly worse for the wear. He’s had a long but fun few days showing off his wares to the hordes of gear fanatics at the Winter NAMM Show. While he’s earned a break, there’s no rest for the wicked: Intronaut is about to launch their sixth record, Fluid Existential Inversions [released in February via Metal Blade]. All this while Dunable Guitars is busier than ever; this year will be the first time they’re sold in Guitar Center.

It’s a long way from Dunable Guitars’ humble origins in a rented garage. The founder had spent years learning the ins and outs of guitars in repair shops, eventually graduating to teching for metal bands on the road. He slowly put together a collection of tools and soon followed in the footsteps of Amazon, Google and Microsoft, maxing out a credit card and settling into a carport within which he would begin to build his empire.

“I started building more and more guitars for people and word caught on that way. he says. “By 2014 I had to quit all my other jobs to build guitars full time.”