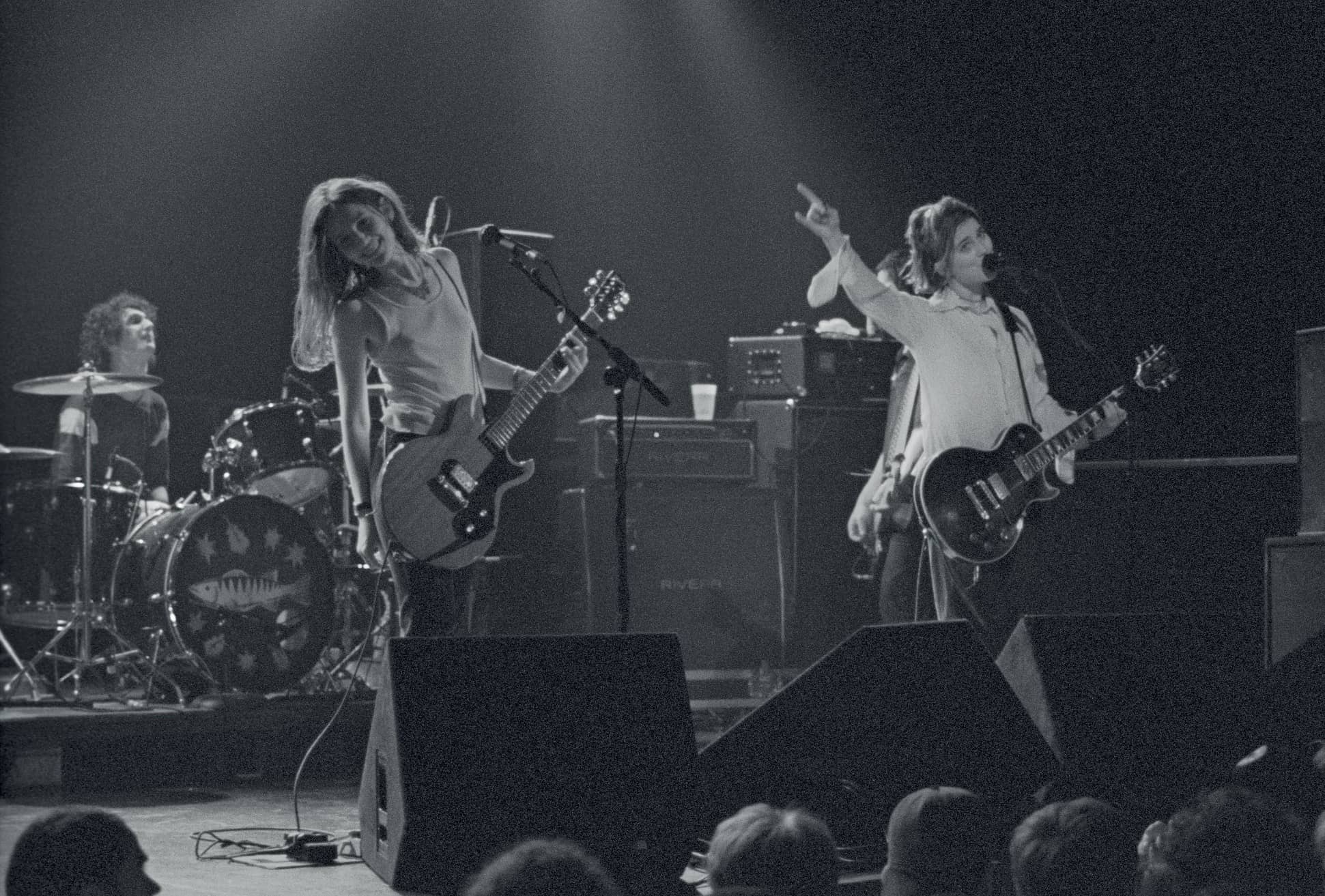 LOCAL H’S BIG HIT DURING THE SUMMER OF 1996 WAS “Bound for the Floor,” otherwise known as “the copacetic song” for its sing-along chorus (“And you just don’t get it / you keep it copacetic / and you learn to accept it/you know it’s so pathetic”) and a gnashing guitar sound that fit in nicely with playlists leaning heavily on Pearl Jam, Soundgarden, Alice in Chains and other au courant grunge/alt-rockers. The band’s 1995 debut album, Ham Fisted, failed to elicit much attention, but with “Bound for the Floor” receiving constant radio and MTV play, they saw their second disc, As Good As Dead, reach gold status. And now the pressure was on. As Lucas recalls, “All of a sudden, we were faced with this new set of expectations, all focused around one thing: Can we do it again?”

After the first grunge-rock signing spree tore through Seattle in the early Nineties, record labels invaded Chicago, waving big contracts and snapping up alternative acts such as the Smashing Pumpkins, Urge Overkill and Liz Phair. “It was an exciting time,” says guitarist-singer Louise Post, whose band Veruca Salt was wined and dined by scores of A&R reps before they ultimately signed with Geffen. “Things were happening so quickly. You have your first hit, and just as fast you’re placed in this pressure cooker. Your song is on the radio, but you don’t even have a moment to soak it in because everybody’s running around going, ‘Oh, God, the house is on fire!’”

Veruca Salt first hit the charts in 1994 with the track “Seether,” released on the Chicago-based indie label Minty Fresh. Almost immediately, the band became alternative-press darlings, but when the group signed with Geffen, which took over marketing and distribution of their debut album, American Thighs, the backlash started. “The indie scene kind of turned on us,” Post says. “People who weren’t experiencing success on a national or international level just didn’t want to accept us.” By the time the band convened with producer Bob Rock to record their 1997 album, Eight Arms to Hold You, tensions within the group, particularly between Post and co-front person Nina Gordon, reached a boiling point.

“The whole thing unraveled very quickly,” Post says. “Our song ‘Volcano Girls’ did well, but everything else was insane. Our label was frustrated with our management, people couldn’t agree on anything, and we just sort of imploded by the unreal expectations that were placed on us.” A year after the release of Eight Arms to Hold You, Gordon and drummer Jim Shapiro split the band, and Post soon left to pursue a solo career.

In Local H’s case, they found themselves releasing a critical follow-up, the 1998 album Pack Up the Cats, during a time when PolyGram, the parent company of their label (Island) was merging with Universal. “It was one of those best-of-times / worst-of-times scenarios,” Lucas recalls. “So many of the people who believed in us at the label were losing their jobs, so we got caught in the gears of this changing corporate structure.” As a result, the album’s lead single, “All the Kids Are Right,” stalled at Number 20 on Billboard’s Modern Rock chart, and no other tracks from the record were released. “It was really frustrating,” says Lucas, “because everybody thought this was going to be the album to go platinum.” Throughout the next decade and a half, Post recruited new members for reconstituted versions of Veruca Salt, but it wasn’t until 2015 that the original lineup that included Gordon, Shapiro and bassist Steve Lack reunited for a pair of indie releases, the EP MMXIV and an album, Ghost Notes. As for Lucas, he maintained the outfit Local H after the departure of original drummer Joe Daniels with sticksman Brian St. Clair, issuing a couple of EPs and albums on Palm Pictures (run by Island Records founder Chris Blackwell) before going the indie route himself. With new drummer Ryan Harding, his most recent Local H album, 2015’s Hey, Killer, was released on G&P Records.

“A lot of people think that being off a major label is the end of your career, but it doesn’t have to be that way,” Lucas says. “The trick is not to get caught up in the wheels of the major-label machine. I’ve seen a lot of bands and a lot of friends get chewed up and spit out, and I said early on, ‘That’s not in the cards for me. I was OK before we got a deal, and I’m going to be OK if the deal goes away.’ When you get down to it, what’s the alternative?”