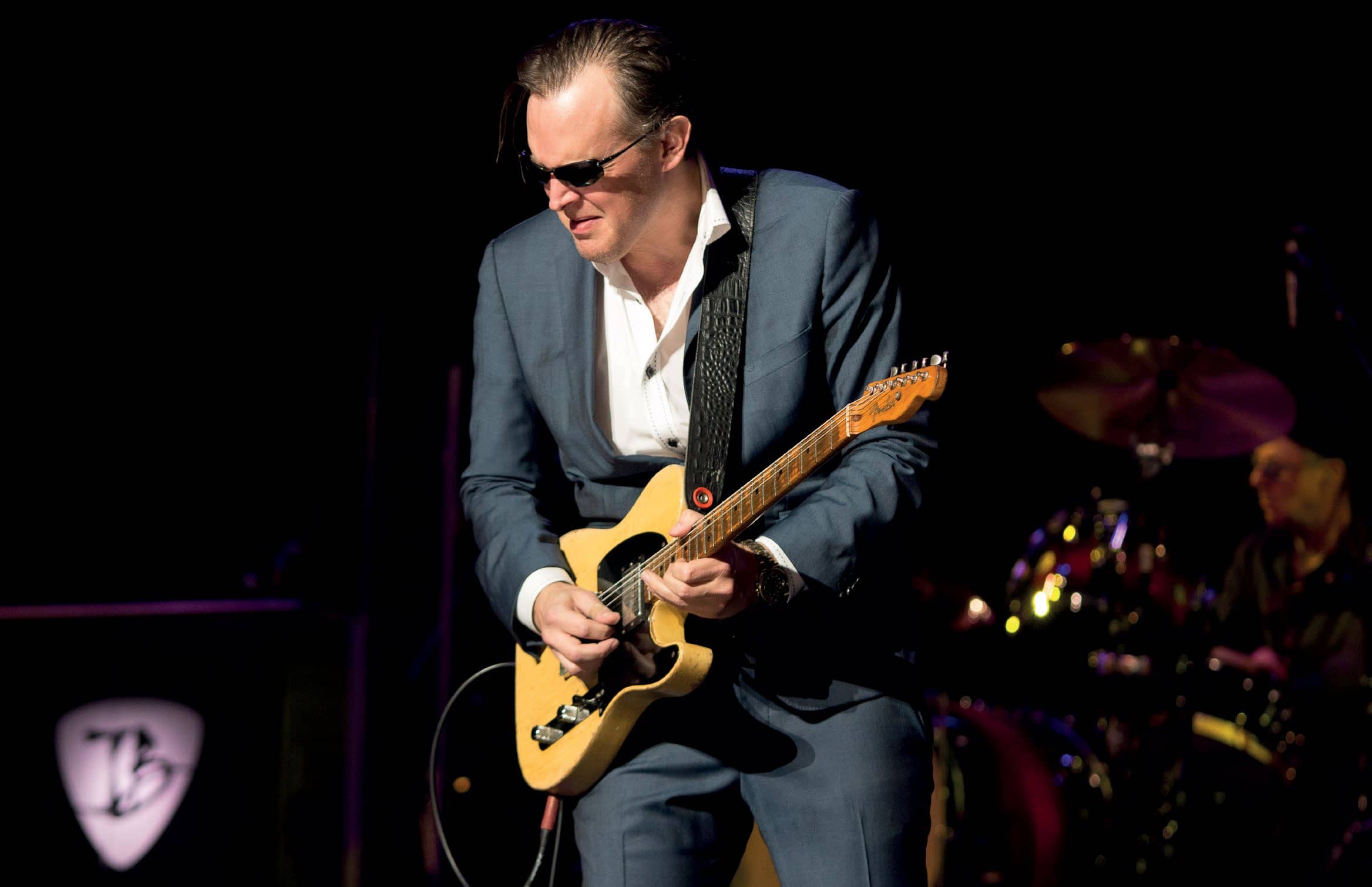 WHEN JOE BONAMASSA announced he was releasing an instrumental album, it’s safe to say most fans assumed it’d be a blues outing of some sort. After all, Bonamassa was named “Best Blues Guitarist” in a recent Guitar World readers’ poll [November 2019]. However, when Bonamassa and his crew — including drummer Anton Fig, bassist Michael Rhoads, keyboardist Reese Wynans and guitarist John Jorgenson — formed the Sleep Eazys, they decided to go in a very different direction. Taking inspiration from Bonamassa’s childhood mentor — the late Danny Gatton — the band opted to make a proper “Telecaster album.” Below, Bonamassa talks Easy to Buy, Hard to Sell.

The new album is a bit of a departure from other projects. You’ve got different styles of music, plus a couple of different players along with your touring band. Where did the idea come from?

I’ve always wanted to make a Telecaster record like my late friend, Danny Gatton. That’s why we opened up with “Fun House.” I’ve been friends with John Jorgenson for a long time. I’ve always admired the Hellecasters’ records and cool guitar instrumental stuff. I got into this record-producing business when Reese asked me to produce his [2019] album, Sweet Release. Originally, I was anxious about it, but I found I enjoyed it so much. One of the parts I enjoyed most was bossing around musicians who are better than me from behind the glass. [Laughs] I had this idea and I kept squirreling away instrumentals. I asked John if he wanted to do this thing under an assumed name. “I’ll get the group together — we’ll just go to the studio and just see what happens.” That’s exactly what we did. We’re covering everybody from Jimmy Bryant to Frank Sinatra. I tried to make a record that, if you’re stuck in traffic in your car, it’s a cool 40-minute listen. It takes you on like a journey; it’s fast, slow, quirky, bluesy, country. By the time you get through whatever traffic is in front of you, the record is over and it’s a fun listen. That was basically the concept.

Where did the album title come from?

When you ask your friends if they want to make an instrumental guitar album for fun, everybody says, “Yeah, that sounds like a blast” — AKA easy to buy. Now try and sell a guitar instrumental record in 2020! Ah, yeah. Hard to sell! I had a blast making it, and I thought John played beautifully on it. You can tell when he’s playing, and clearly my style is different; I think they complement each other.