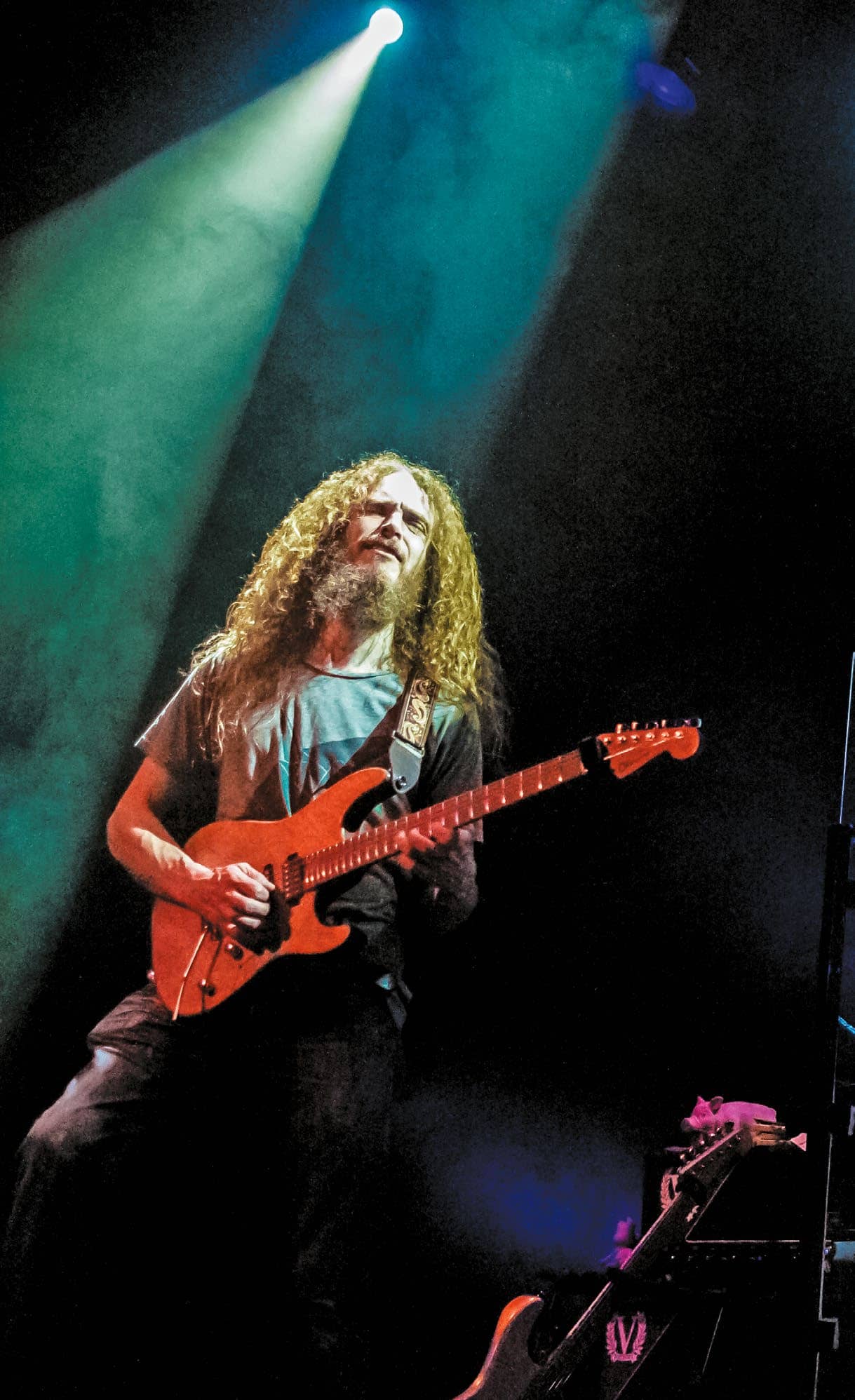 He of the mad, mad skills talks dinosaurs, blind alleys and the aristocrats’ quirkyas-hell new album, you know what...?

One might assume Govan has followed some sort of grand plan that he mapped out years ago, but the guitarist admits he’s benefited mostly from lucky strokes of serendipity. “I’m not particularly business-minded,” he says, “so I’ve always tried to remain open to any random opportunities that might present themselves. I tend to make my decisions about any new venture based largely on how much the music excites me and the extent to which I feel I might have something valid to ‘bring to the table’.”

He cites his ongoing participation in the instrumental supergroup the Aristocrats (which includes two other highly sought-after session aces, bass maven Bryan Beller and drumming whiz Marco Minnemann) as one such example. Originally, the trio were brought together to perform a brief one-off set at a 2010 NAMM Show, but no sooner had the three started jamming, Govan realized they were destined for bigger things.

“Our decision to take things further and become a long-term, proper band was based entirely on our mutual recognition of the chemistry between the three of us, which became apparent during that first set,” he recalls. “We basically walked off stage and immediately resolved to record an album, which we did about three months later.”

The Aristocrats’ self-titled debut album was full of the kinds of face-melting chops one might expect from guys of their caliber; on songs that mixed metal, jazz swing, and blues, the trio tapped, shredded and grooved at maximum overdrive. But beyond their dizzying technical skills, the band also displayed a keen sense of comedic self-awareness, bestowing their hyperkinetic send-up of blues clichés with the title “Blues Fuckers”. Laying to waste the notion that the band is any kind of stodgy, ultraserious prog outfit, Guthrie says, “I concede that we can all operate our instruments with a certain degree of proficiency, but what we’re really hoping to achieve with the Aristocrats is to communicate how much fun we have when we make music together. We want to make other people feel better, not worse.”

While continuing their careers as in-demand sidemen, the Aristocrats have issued two more highly adventurous (and ridiculously entertaining) albums, 2013’s Culture Clash and 2015’s Tres Caballeros, and now comes a fourth, You Know What...? In terms of quirkiness, it’s mad as a hatter. If the psych-funk romp “D Grade Fuck Movie Jam” doesn’t throw you for a loop, then the jazz-tinged, odd-time wonder “Spanish Eddie” will leave you utterly breathless. Metal doesn’t get much heavier than the behemoth ode to dinosaurs, “Terrible Lizard,” and when it comes to a sheer epic scale, the eight-and-a-half-minute multi-mood gem “Last Orders” could be called the Lawrence of Arabia of instrumental rock.

Licks-wise, there’s nary a fleet-fingered run or an unhinged noise that Govan doesn’t manage to cover on You Know What...? Indeed, he could pack a week’s worth of his clinics detailing his outlandish musicianship contained on the new album. But as he points out, his goal wasn’t to simply write vehicles for “guitar tricks,” as he calls them. “I’m particularly interested in two aspects of writing for this band, and they’re kind of polar opposites,” he says. “On the one hand, I always try to incorporate a loose open section where we can channel the more ‘live’ side of what we do as a trio. On the other hand, the more composed sections of my Aristocrats tunes tend to be very composed.”

Elaborating further, he explains, “I always find myself spending an unusual amount of time honing basslines in an attempt to convey as much harmonic interest as I can within the limitations of the trio format. Somehow this helps me to remind myself that I should try to write ‘music’ for this band rather than ‘guitar music.’”