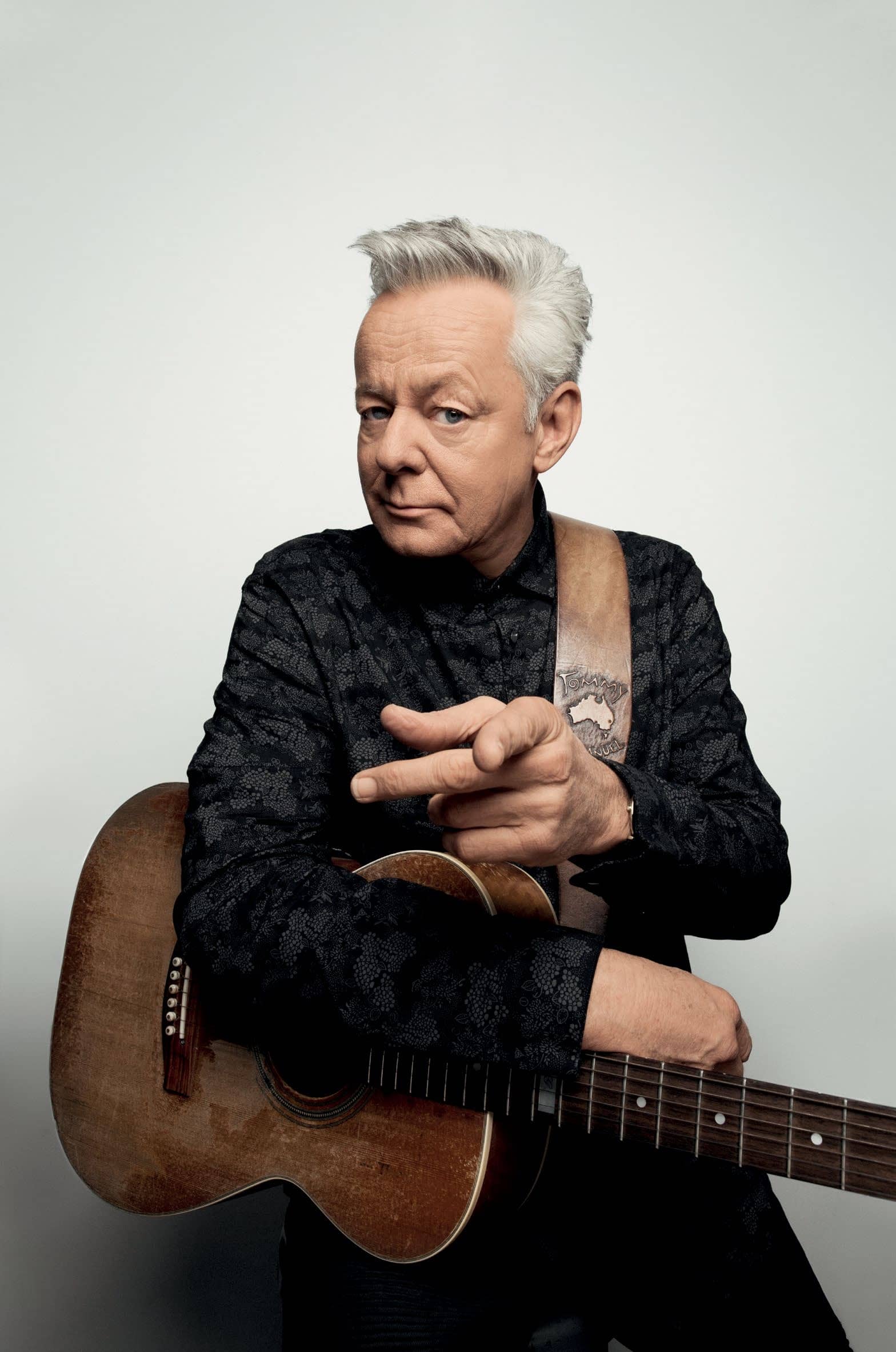 ON THE BEST OF TOMMYSONGS, ACOUSTIC WIZARD TOMMY EMMANUEL REVISITS — AND REINTERPRETS — SOME OF HIS FAVORITE COMPOSITIONS (AND THROWS IN A HANDFUL OF FUTURE CLASSICS)

Richard Bienstock
IT’S HARDLY A novel statement — or, for that matter, one that’s much open to debate — to say that Tommy Emmanuel, Certified Guitar Player (according to Chet Atkins, at least), is one of music’s greatest acoustic fingerstylists. But when it came to his latest album, The Best of Tommysongs, the 64-year-old Australian artist was less concerned with technique and more preoccupied with tunes.

“Rather than trying to focus the world on my abilities, I felt I’d rather have people pay attention to the importance of melody and groove and telling a story,” Emmanuel explains. “So I think the focus of this album is on my songwriting.”

Indeed it is. The Best of Tommysongs is, quite literally, a compilation of Emmanuel’s finest and most beloved compositions from the past 30 years or so of his career, all of them re-recorded and, in some cases, updated with new arrangements to reflect how they’ve evolved through live performance over the years as well as Emmanuel’s current musical state of mind.

In addition to much-loved tracks like “Angelina,” a lyrical, harmonics-laced composition that first appeared on Emmanuel’s 2005 album, Endless Road, and “Halfway Home,” a driving and nimble alternating-bass number that sounds like Chet Atkins sitting in with the Beatles, The Best of Tommysongs includes five new instrumentals that demonstrate why the New South Wales native maestro is more or less without peer in the acoustic fingerstyle world. The highlight of these would undoubtedly be the track “Fuel,” an energized, acoustic tour de force that incorporates elements of Mason Williams’ “Classical Gas” into a composition in which Emmanuel traverses every inch of his Maton TE Personal Custom’s fretboard to intricately weave bass, rhythm, melody and harmony together in a single breathtaking performance.

And to be sure, the songs you will hear on the new album really are literally performances. “I did the whole album, 26 songs, in two days and one morning,” Emmanuel goes on to tell us. “And I would have to say at least 90 percent of the songs were one take. But you know, I had just finished a tour when I went into the studio, so I was in good shape to do it.”