Eight Arms to Hold You 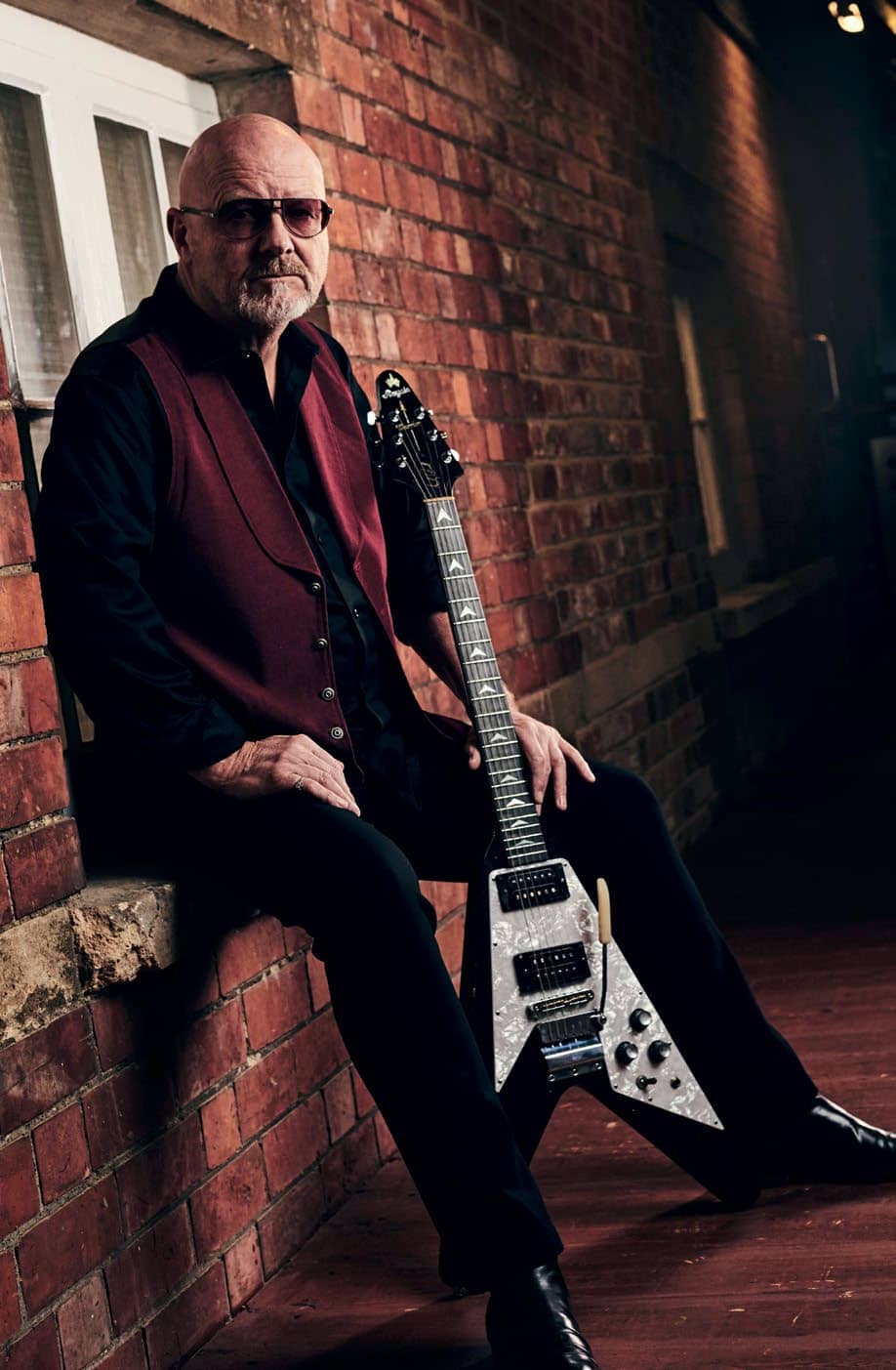 IT’S ALMOST DIFFICULT to fathom. Wishbone Ash, the British rock group not just active but extremely prolific for all of its 50 years in existence, has never been interviewed for this magazine. “Yes, you’re right,” says only remaining original member Andy Powell on a call from his home in Connecticut. “We’ve been working solidly for all these decades, and almost studiously avoiding the press. So it’s interesting to come out now and be doing a bunch of interviews.”

Guitar World and Powell are engaging in conversation for the first time to talk about the seasoned band’s most recent studio album, titled Coat of Arms. Wishbone Ash’s lack of reliance on media exposure throughout all these years, particularly with the U.S. music press, speaks to the group’s fervent following and long-established efforts to reach their fans via social media. “We were one of the first bands who really understood the idea of social media and the internet, and once we established ourselves there, we realized that we could communicate directly with our community,” Powell tells us. “We already had a loyal following, and social media has allowed everyone all around the world to be linked together. But you can also get a lot of traction with an album by having some good PR. You don’t want to necessarily preach to the choir all the time — it’s good to break out every so often, and our new album, Coat of Arms, has helped us do that.”

Coat of Arms is the 23rd studio album from Wishbone Ash, a group celebrated for its unique blending of prog rock, folk, Southern rock and classical music, with harmonious twin lead guitars always at the forefront of its sound. “I think a lot of it comes from the approach we have to playing solos and lead parts when we’re onstage — you are commanded to listen to them,” Powell says. “It’s that Seventies approach of ‘Look mom, I’m playing guitar right now.’ ” Whether it’s the highly pleasing album opener “We Stand As One,” the nearly eight-minute title track or the ethereal “Floreana,” Coat of Arms is brimming with all of the hallmarks that have been synonymous with Wishbone Ash for over half a century.