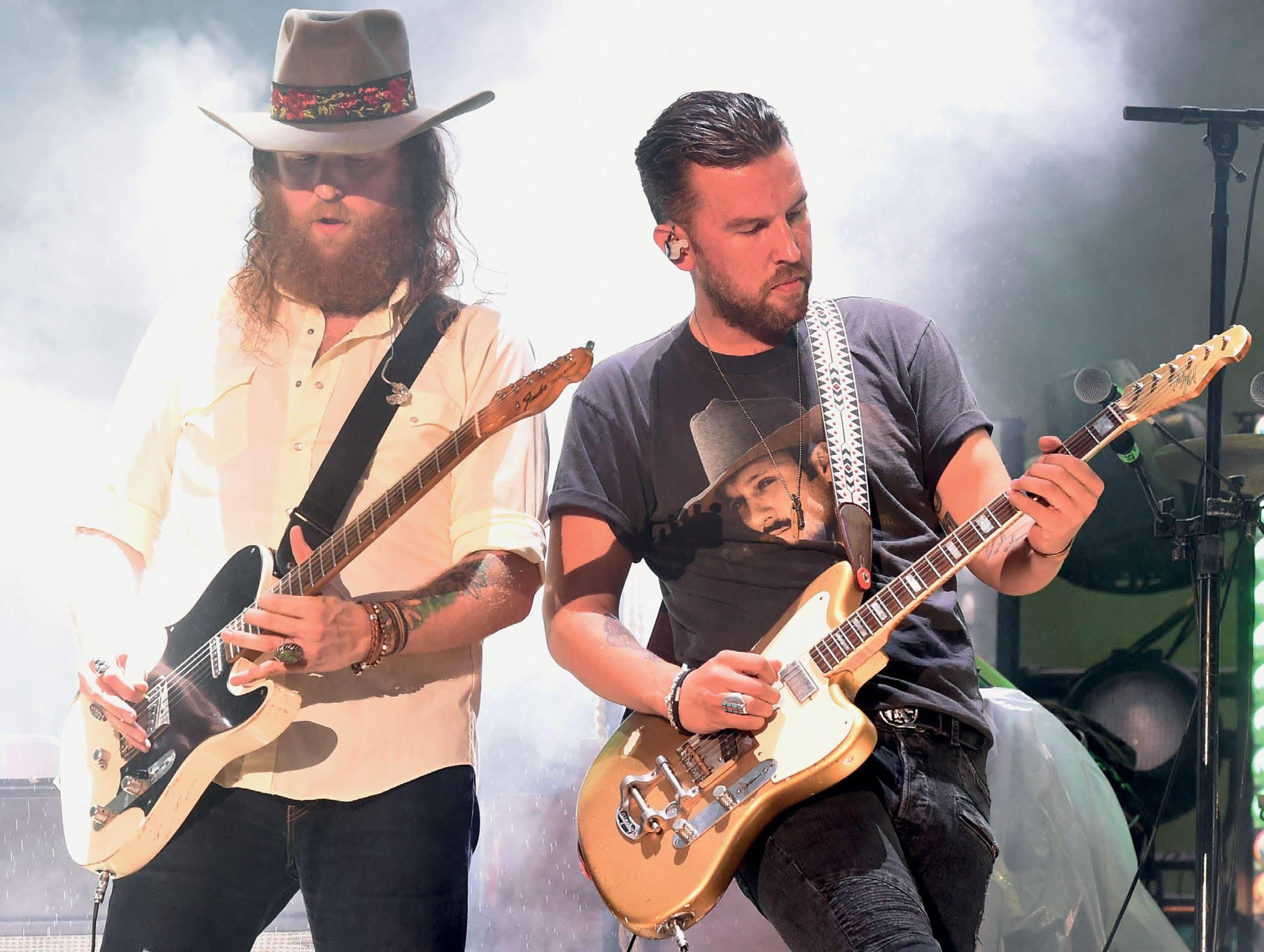 JOHN AND TJ OSBORNE — AKA BROTHERS OSBORNE — OFFER UP AN EXCLUSIVE PREVIEW OF THEIR UPCOMING “BIGGER, LOUDER AND MORE EXCITING” NEW ALBUM

THE BROTHERS OSBORNE were making excellent headway on their upcoming third album — until the recent tornado that tore through Nashville brought things to a halt. “When it happened, my first thought was, ‘Man, I hope everybody’s safe,’ guitarist John Osborne explains. “Then my third or fourth worry was about my guitars. I realized that every nice guitar I own was at our producer Jay Joyce’s studio.”

As it turned out, Joyce’s East Nashville studio missed the brunt of the tornado’s wrath by a mere two blocks, but the power to the facility was knocked out, and with no word on when service would be restored, John and his singer-guitarist brother TJ were forced to seek another studio to resume recording. “Fortunately, we were able to move everything to Zac Brown’s Southern Ground studio, so we really didn’t miss much time,” John says. “It took us a day or so to re-adjust — the rooms and mics were all different — but to be honest, it was a nice change of scenery that gave us a new creative perspective. We knocked out three more songs in one day.”