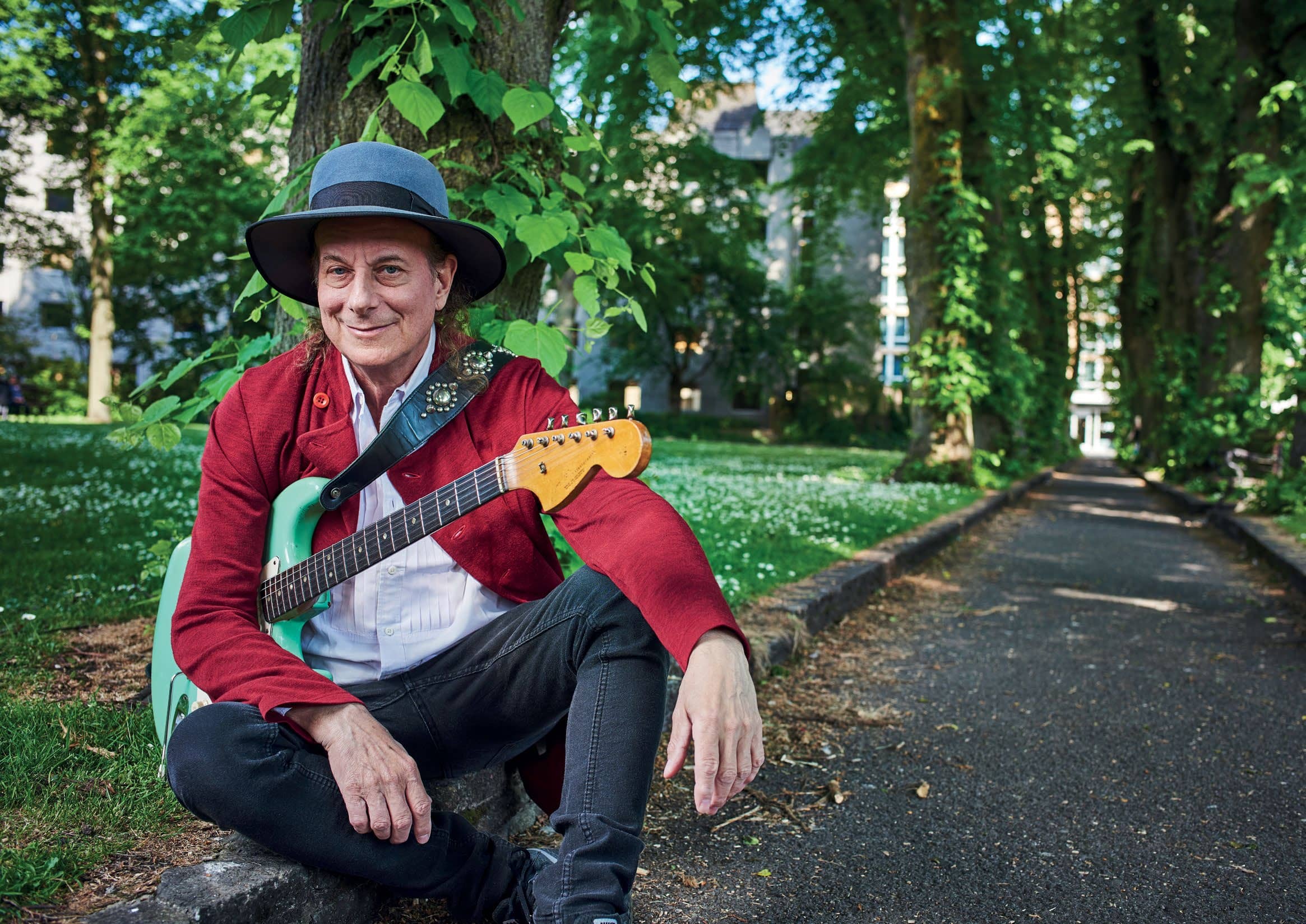 From Jeff Buckley to gods and monsters and beyond, Captain Beefheart Alum Gary Lucas celebrates his diverse career on an impressive new compilation.

OVER THE PAST four decades, Gary Lucas has seemingly dabbled in just about every style of music out there. That long list includes psychedelic rock, world music (including Thirties Chinese pop, Hungarian folk and blues raga), film music, classical, electronica, jazz, blues and avant-garde. The common thread to it all is his guitar playing. Thanks to his fearless attitude and agility, Lucas shapeshifts like a chameleon in tune with whatever soundscape he finds himself in.

“A guitar is kind of like a mini-orchestra at your fingertips,” Lucas tells us. “You can really get a full, complex orchestral effect without these pedals — just through open tunings and fingerpicking, for instance. I use a lot of open tunings and a very active finger-picking right hand to get… sometimes… several voices all at once.

“It’s like an extension of my nervous system, the guitar. I try to play what I feel at the moment and transmit it, just through my touch. And there’s something about the bending of strings that definitely emulates the human voice and a wailing kind of ecstatic or painful blues experience. That, to me, is like a foundational element of music, and the guitar is a perfect instrument to do that.”

By using open tunings, Lucas can “re-voice chords,” which frees him from the “prison of the standard tuning and six strings.”

“It allows for new chord voices to emerge, and it’s a good tool for writing new work because a lot of the harmonies that emerge just in improvising in an open tuning may not occur to you in standard tuning,” he says. “Maybe it’s because there’s a certain kind of drone. I’m big on drones. The drone is integral to early country blues. You also hear it in Indian raga and Celtic music. A lot of different kinds of world music have those kinds of droning tonal centers and sound.”

Lucas has enjoyed playing guitar since he was nine years old. His favorite model is the Strat, since that’s the first electric guitar he owned [It was a bar mitzvah gift]. He enjoys the “contour of the body, the overall futuristic look of it, and the pickups.” He says Telecasters are a close second as they’re a “great work-horse guitar.” As far as acoustics, Gibson is his favorite, especially when it comes to the blues. He’s taken his 1942 Gibson J-45 around the world many times.