10'll Getcha 20: The Guitarist Of The Decade 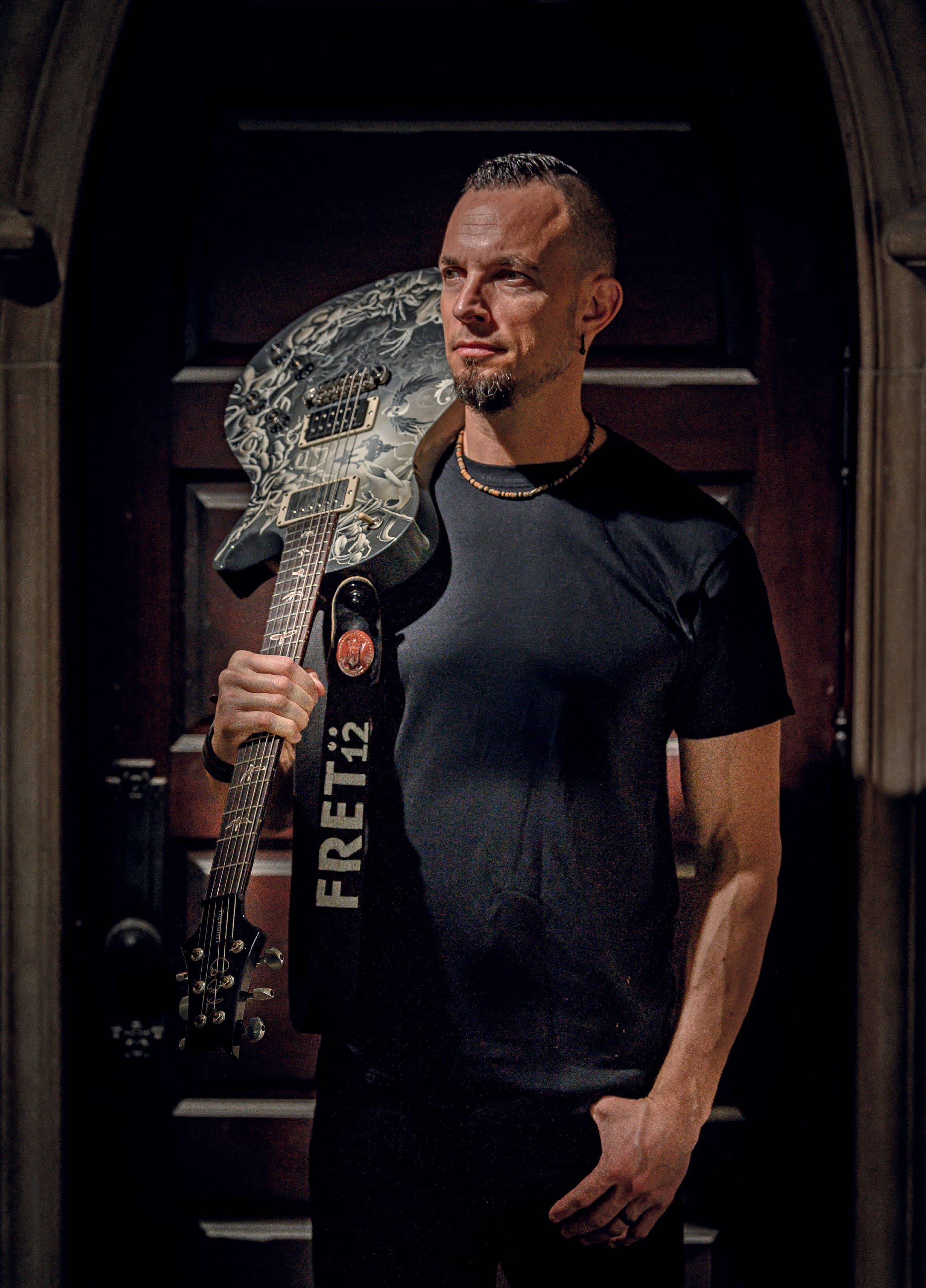 Guitar World’s Readers And Writers Band Together To Pinpoint Guitardom’s Most Vital Players Of The Past 10 Years.
Richard Bienstock

WE KNOW, WE KNOW— you’re sick of polls. And they’re all rigged anyway, right? Wrong! In fact, we take them pretty damn seriously, and, well, this one is particularly important. Maybe the most important GW poll ever. Because we’re not only poised at the end of another year, but also the end of a decade. With that in mind, GW put out the call to find out who you — our readers — consider the “Guitarist of the Decade,” and we received a lot of responses. Hundreds of them. Thousands of them. Tens of thousands of them. Dozens of thousands of them. Seriously. All told, it was nearly 50,000 votes!

Of course, we decided we wanted to weigh in as well, so we put together a panel of 30 trusted “guitar folk,” including the entire Guitar World editorial staff; editors from our sister music magazines, including Guitarist, Total Guitar, Metal Hammer and Classic Rock; plus a legion of GW contributors including Alan Paul, Jeff Perrin, Jon Wiederhorn, Brad Tolinski, Jeff Kitts, Brad Angle, Joe Bosso, Tom Gilbert, Adam Kovac, Damon Orion, Gregory Adams, Laura B. Whitmore, Bruce Fagerstrom, Clay Marshall, Nick Bowcott, Mark McStea and more. And then we got to work!

What we were looking for? That’s where things get a little tricky — because the past decade was an era of major activity and advances in the six-string…and seven-string…and eight-string…and 18-string (we’re lookin’ at you, Jared Dines) worlds. A little over 10 years ago guitarists weren’t djenting or thumping (or, at least, they weren’t calling it that), and in terms of gear — especially that of the signature and modeling variety — the twenty-teens coughed up a motherload of incredible stuff. Speaking of which, be sure to check out Chris Gill and Paul Riario’s “Shifting Gear” feature starting on page 60.

We considered — and asked our readers to consider — players who have chops, but there were several other factors, including their influence on the next generation of guitarists, their overall impact on our guitar scene, their level of success, if they pushed the guitar farther — either via stretching the instrument’s boundaries or spreading “the gospel of guitar” to the uninitiated — not to mention their cultural relevance, visibility and more. In the end, we wound up with a list — informed by your votes and ours — that’s bulging with avant-gardists, blues heads, melodic pop-rockers, jammy improvisors, riff-lords, proggers and, of course, shredders. On that note, Guitar World presents our 20 Guitarists of the Decade. 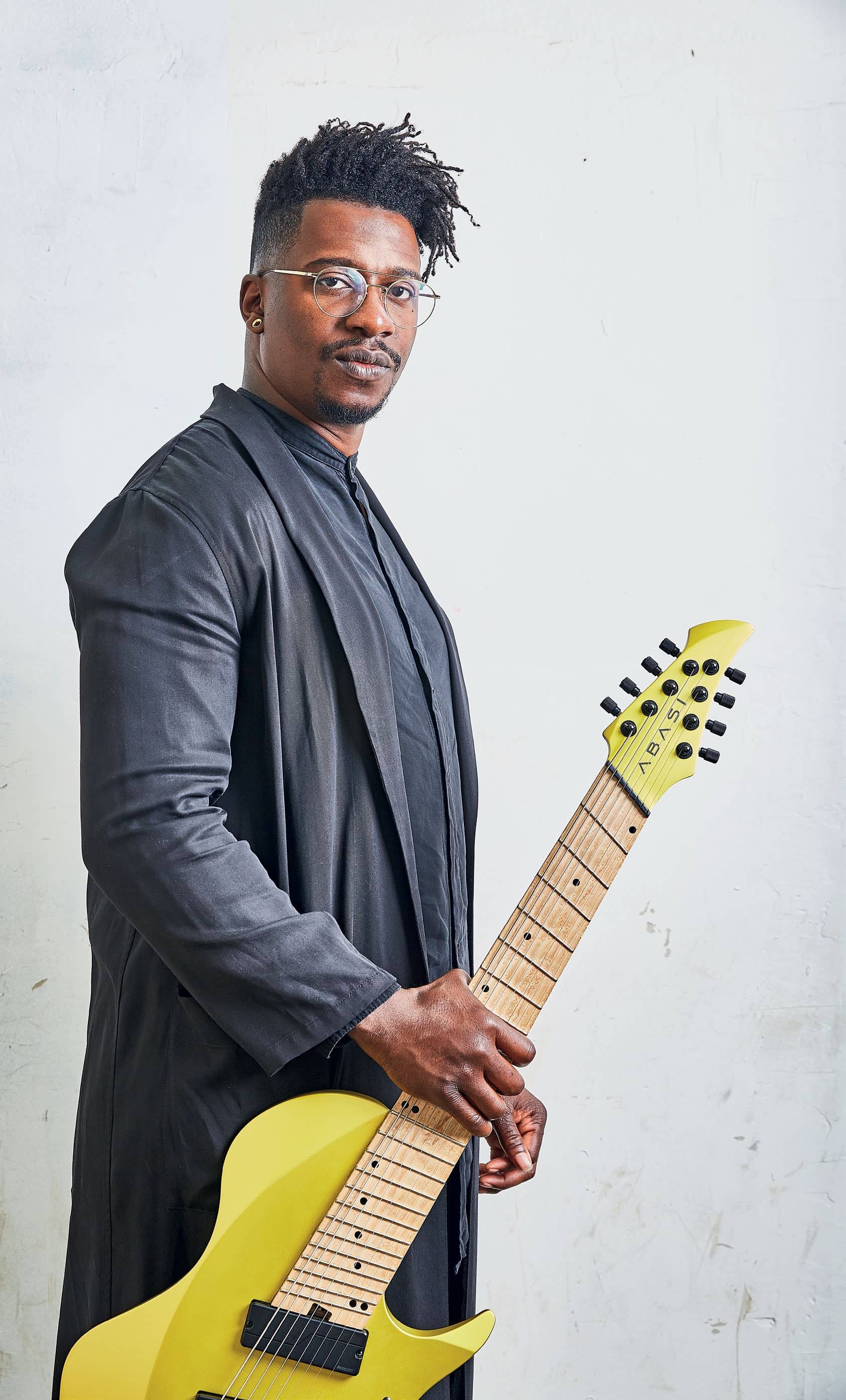 MARK TREMONTI’S TRACK record as a songwriter is close to unmatched in modern heavy music — the Alter Bridge and Creed guitarist, who we’ll call Captain Riff, has sold more than 50 million records over his career. But perhaps one of the worst-kept secrets in rock is that even while Tremonti, who wields a signature PRS SE guitar and MT15 amp, is known for writing an anthemic hard rock anthem or 10, this insanely prolific dude can seriously shred. And if this isn’t immediately evident from his song-oriented output, it’s clear in everything else he does, from his onstage performances to his recorded work with his thrashy side band, Tremonti, to his megapopular guitar clinics. “He’s a player who works at his craft tirelessly, and constantly listens and learns from others to enhance his own approach,” says Total Guitar’s Rob Laing.

Indeed, as Tremonti himself tells us, “I always put songwriting before my actual guitar playing. But I love guitar playing. The joy of tackling some new technique or style is something that never gets old. When you finally get it, it’s like a magic trick.” And, as he mentioned 10 years ago, “It’s the only thing I ever cared about. I played soccer as a kid and really enjoyed it, but once I hit college I got sidetracked and just chased down music. I’ve always had odd jobs, and every time I’d have a bad day cooking or at the car wash, or wherever it was, I’d always say, ‘One day I’m going to get to play guitar for a living.’ ”Above, we — in passing — called Tremonti “insanely prolific,” but let’s actually take a minute here to consider his official studio releases of the past decade, starting with Alter Bridge’s AB III [2010], Fortress [2013], The Last Hero [2016] and Walk the Sky [2019] … and moving right along to Tremonti’s All I Was [2012], Cauterize [2015], Dust [2016] and A Dying Machine [2018]. And that’s not even counting compilation albums, live discs and concert films. That’s almost as intense as putting out 13 issues of GW every year!

“THERE’S SO MUCH beauty in what I would call ‘foundational’ playing, like becoming a better blues guitarist,” Tosin Abasi tells Guitar World. “But then there’s another part of me that’s interested in that unique contribution that I can make to the instrument…”

Let it be said that since debuting with Animals as Leaders a decade ago, Abasi, the eight-string-playing Extended Ranger, has been making that unique contribution — and then some. From tapping, sweeping, “thumping,” fingerpicking or just plain shredding on his custom eight-string, to creating high-minded prog-metal-funk-fusion classical-electro-rock with AAL, to standing toe-to-toe with shred forebears like Steve Vai and Yngwie Malmsteen on the Generation Axe tour, Abasi consistently carves out a singular space in the guitar realm. He takes everything we think we know and understand about the instrument (including, with his gear company Abasi Concepts, the instrument itself ) and twists it into something dizzyingly new. “I love advanced technique, but my approach is to use those techniques in new contexts,” he says. Adds former GW editor-in-chief Brad Tolinski, “For dexterity, originality and innovation, nobody comes close.”

All of the above makes it not very surprising that Abasi is known for spending, um, a lot of time practicing. Back in 2012, when we semi-jokingly asked him if/why he practiced 15 hours a day, he — very memorably — replied, “Yes, for the same reason Steve [Vai] describes, which is really crazy. What happens is there’s this revelation that if you put in work on something you can’t do at first, eventually you can do it. And the first time that happens it is kind of like an addiction. You want it to happen again. And the more it happens, the more you’re confident that it can happen. So you start chasing your potential. You realize, yeah, eventually I might get as good as I try to get. It feeds itself. So it’s not like you’re locked in a room practicing under obligation. You’re concerned with your potential. You’re like, I’m full of potential and I’ve already started to unlock it. And I could spend the rest of my life doing it.” 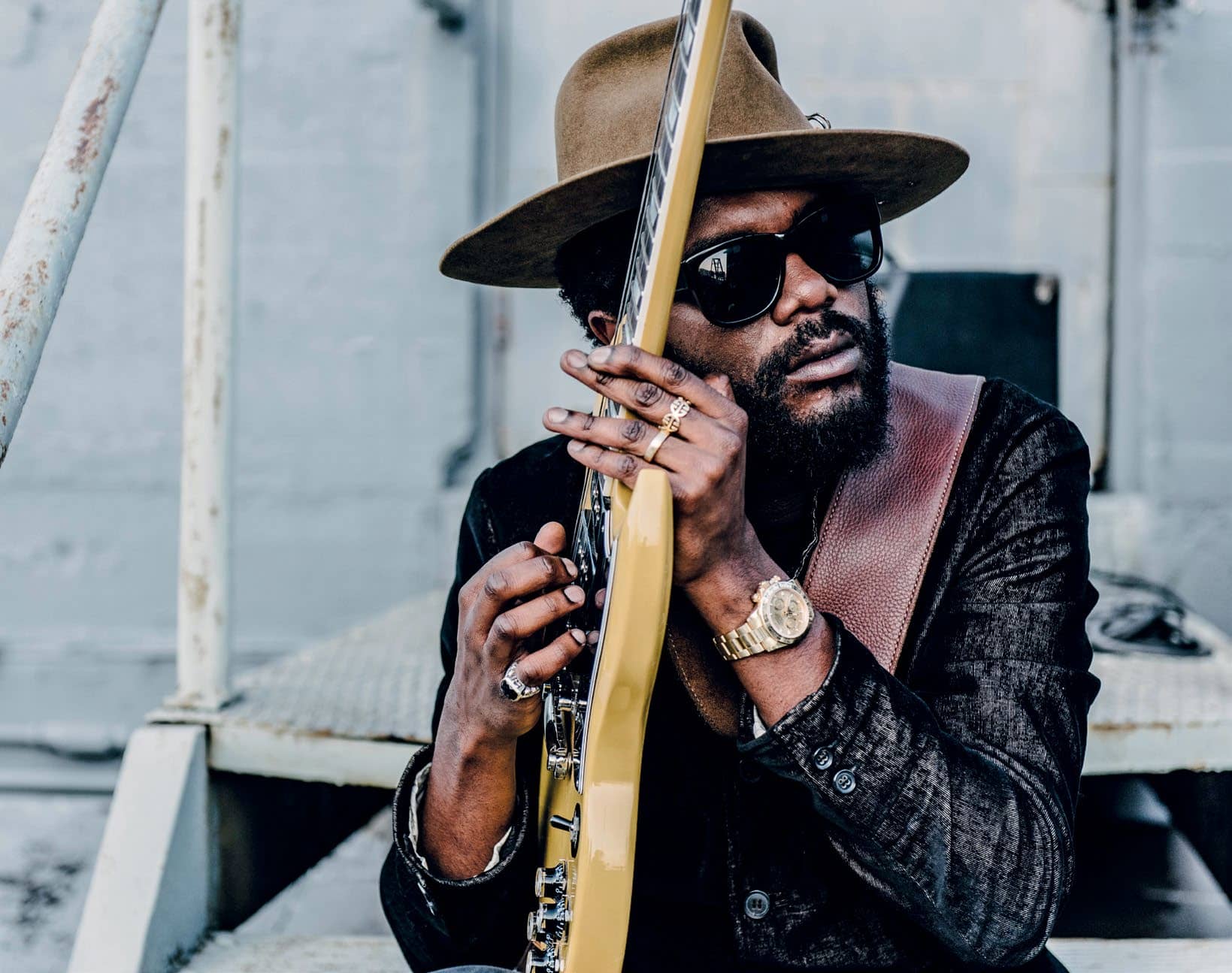 GARY CLARK JR. emerged on the scene with a breakout performance at the 2010 Crossroads Guitar Festival, and ever since he’s been hailed as the new face of the blues. But, he tells GW, “Once you start talking about this ‘blues’ thing, people think, old guy with a straw in his mouth sitting on a porch and picking…” Which is most definitely not Clark. He might have an old bluesman living somewhere within him — he honed his chops on the Austin blues circuit, and there’s also the fact that almost immediately upon his mainstream emergence he was being lauded as the successor to Clapton, Hendrix, SRV and other legends — but there’s a lot more to the 35-year-old guitarist: Call him Mr. Everything.